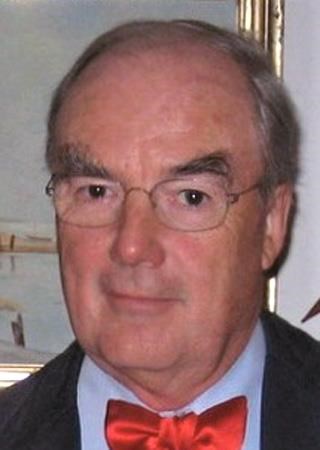 Noel lived in Ossining with his mother and grandmother after his father's death when he was three years old. At age 13, he transferred to Kent School in Kent, CT and graduated in 1958. It was at Kent that he began to formulate values that stayed with him throughout his life. He spent his college years at Yale University, graduating in 1962, and continued on to Harvard Law School to earn his law degree. Noel served in the Air Force JAG division, first as a defender, until he started winning cases and his assignment was changed to prosecutor. He credited his military experience with exposing him to social and institutional realities that influenced his world view for years to come. Upon discharge, Noel practiced law at Lord, Day and Lord in New York City until joining the law firm of Wiggin and Dana in New Haven, CT, where he remained a Partner, and later Managing Partner, until retirement in 2008. During his career he gave time and energy to many boards and other civic pursuits. Following retirement, he moved to his beloved farm in Jackson, NY for the remaining 13 years of his life.

Noel was a person of great integrity and democratic values. He was a quiet man, intelligent and understated, with a dry sense of humor and an enormous fund of knowledge. He cared deeply about tending to and conserving the land, and he spent years preserving antique homes and barns. A lover of history and biography, Noel was an avid reader who kept a different book in each room, dipping into whichever one he happened upon at the moment. He was an excellent cook who often perused early cookbooks for inspiration, and he had a handyman's skill with assorted tasks around the farm. His collection of early farm tools slowly became a museum which was beautiful and a tribute to those who labored in earlier days. He was loving and generous in helping others, often freely giving legal or other assistance to those who came to his attention as needing it. In addition, he served on many boards over the years, including, most recently, the Jackson Planning Board, of which he was Chairman, the Woodlands Cemetery Board, and the Agricultural Stewardship Association Board. He was much loved, a friend to many and a person of great humility whose fine work was often left unadvertised.

Noel is survived by his wife, Judith S. Hanf; son, Jonathan C. Hanf; daughter-in-law, Liezel T. Hanf; and grandchildren: Jelay and Jayce Hanf; as well as cousins: Peter Norman, Gail Rauch, Richard Norman, David Norman, Phillip Norman and their families. He was very close to his sisters-in-law: Linda Kauffman and Elizabeth Willard and his nieces: Emily Willard and Elizabeth Willard Henderson and their families, as well as Arabella Bull-Stewart and Sarah Deluna.

At this time services for Noel will be private, and a celebration of his life will be held in the future. Contributions in his name may be sent to the Agricultural Stewardship Association, Greenwich, NY. www.agstewardship.org

To offer condolences or share a memory of Noel, please visit www.gariepyfuneralhomes.com

The McClellan-Gariepy Funeral Home, Inc. in Salem is assisting the family.

To plant trees in memory, please visit our Sympathy Store.
Published by Post-Star on Feb. 21, 2021.
MEMORIAL EVENTS
No memorial events are currently scheduled.
To offer your sympathy during this difficult time, you can now have memorial trees planted in a National Forest in memory of your loved one.
Funeral services provided by:
McClellan-Gariepy Funeral Home, Inc.
GUEST BOOK
Sponsored by McClellan-Gariepy Funeral Home, Inc..
0 Entries
Be the first to post a memory or condolences.