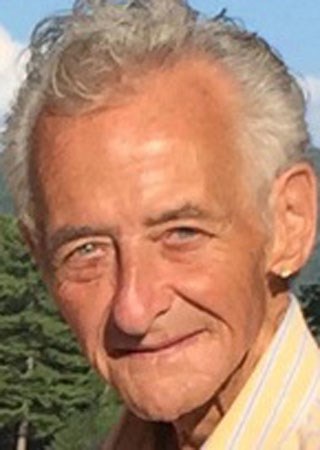 Born on November 4, 1940, in Montreal, Canada, he was the son of Robert Louis Hammond Howlett and Irene Sutherland Stirling Howlett.

John was born and raised in Montreal and earned his college degree from the School of Graphic Art and Design, Montreal Museum of Fine Art. He continued his advanced studies in Business and Marketing at Dartmouth College in New Hampshire.

John's career spanned more than 35 years starting with Merck Sharp and Dome, Canada. Moving to the United States in 1980, he continued to work for Merck Pharmaceutical, Agriculture division spending his entire career in the marketing and advertising field. John retired as the Director of Marketing from Merial in Rahway, NJ. While his creative abilities were evident in a broad range of company materials, he leaves a legacy in the area of corporate identification. After retiring, John formed Howlett Consultancy and assisted many organizations with the transformation of their unique logo, brand, and individuality in the marketplace.

John's creative side did not stop at the office, he had a true passion for culinary cuisine as Chef and Vice President of Les Marmitons International. He had a love of the water, sailing in Canada, the United States and the British Virgin Islands.

"Captain" John transitioned to motor yachting and owned his own vessels on Lake George for over 20 years. As a member and former Board Member of Harris Bay Yacht Club, he enjoyed many years of family, friendships, and good times aboard the No Inheritance I & II."Captain" did not end on the water. He was a lifetime member and Fire Police Captain for North Queensbury Volunteer Fire Company. He joined in 2004 and became Fire Police Captain in 2008. In 2014-2015 he was awarded the distinguished honor of "Fireman of the Year." He was also Secretary of the Service Corporation from 2008-2014 and Secretary of the Fire Company from 2014 – 2021.

Service to his community expanded to the Glens Falls Hospital where he was a member of the Board of Directors with the hospital Guild for several years and dedicated countless hours as a volunteer.

John also had a patriotic spirit. He was very proud to be a Canadian and never forgot his roots. After 9/11 it became imperative to him that he also become a United States Citizen. Shortly after 9/11 he achieved this goal. Service to his countries was always paramount.

John was predeceased by his brother, Geoffrey Howlett of Quispamsis, NB, Canada.

Calling Hours and the Funeral Service will be held on Thursday, October 21, 2021, at the Singleton, Sullivan Potter Funeral Home, 407 Bay Road, Queensbury, NY. Calling hours will be held from 2:00 – 5:30 p.m. followed by a Fireman's Service at 5:30 p.m. A Celebration of Life will be held at the Elks Club 32 Cronin Road, Queensbury, NY immediately following the service. The family welcomes everyone to the Celebration of Life regardless of whether you can attend the calling hours or service.

Those who wish may make online condolences at sbfuneralhome.com