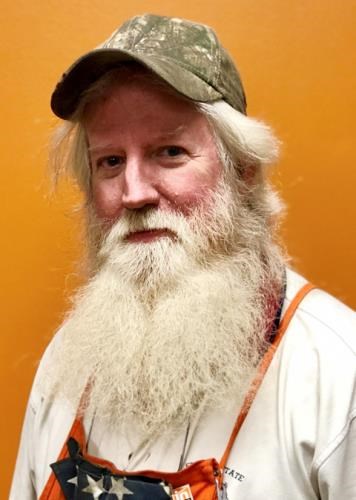 LAKE LUZERNE - Mark W. La Mere, age 62, of Lake Luzerne, NY, passed away Saturday, June 5, 2021, at Albany Medical Center, following a severe stroke at his home on May 22, 2021. He grew up in Hudson Falls, son of Robert and Mary La Mere, and moved to Lake Luzerne in 2007 with his marriage to Barbara Brewer on May 26, 2007 at Holy Infancy Catholic Church in Lake Luzerne.

Mark was a man of extreme generosity of spirit. The abundance of t-shirts received in various and numerous volunteering experiences attests to his giving many hours in many successive years. He served as a Hudson Falls Volunteer Fireman. A member in high school of the Hudson Falls cross country and swim teams, he organized the Bud Lite Triathlon and often made himself available to help out his brother, Coach Greg La Mere, at track events at Johnstown High School. From 1999, Mark served as a volunteer at the Lake Placid IronMan Triathlon in many different capacities. From 2015 forward, Mark and Barbara worked together at IronMan feeding breakfast and lunch (with help from other volunteers) to the over 3000 volunteers who turn out to support the athletes.

He served on the Hudson Falls CROP (Communities Responding to Overcome Poverty) Walk Committee for many years.

Barbara and Mark met through their involvement in Hudson River Shakespeare Company, neither on stage, but with Mark in set building, load-ins and load-outs, parking, and doorman capacities and Barbara working concessions and occasionally box office. Early on, some elders in the company saw fit to begin nudging Barbara and Mark together to do concessions, and the nudging "took". Mark and Barb announced their engagement at an HRSC cast party where they asked Artistic Director Andy Daly to be their best man. Barb and Mark's acting debut with the company occurred only a week before the onset of Mark's stroke, a reader's theater presentation at a "Shakespeare's Greatest Hits" party with a seniors version (Barb in fuzzy red bathrobe) of the balcony scene of Romeo and Juliet.

Adirondack Hot Air Balloon Festival was another volunteering venue with Mark and Barb often serving with the chase crew for Balloons Over Letchworth.

Mark and Barb turned out as well to volunteer at events at Adirondack Folk School in Lake Luzerne.

Mark's luxuriant white whiskers made him a candidate for that most seasonal of ad lib theater gigs, the man in the fuzzy red suit. He played the part in Rotterdam and Wilton Malls, on the Polar Express train out of Saratoga, and at Great Escape Lodge in Lake George. He also was well acquainted with a certain furry seasonal spring rodent.

As Mark was active in Knights of Columbus, he and Barb often served together at the Knights' Coats for Kids fundraiser dinners. Mark was a past Grand Knight and a member of the 4th Degree Color Corps.

Camping was an important part of Barb and Mark's recreation. IronMan weekend was also a camping weekend and a time to explore old haunts in Lake Placid. THE great annual camping expedition was always the weekend after Labor Day at Lincoln Pond outside Elizabethtown, where, once introduced to this 30-year (or so) tradition, he quickly took on the role of Saturday morning breakfast chef, complete with white apron and tall white hat.

Mark was a man of great faith. He taught Faith Formation classes at St. Marys/St. Paul's Catholic Church in Hudson Falls. He completed the Formation for Ministry program of the Albany Catholic Diocese. He and Barb presented annually during Lent, with Clown Ministry Associates, at a different church each Friday, "The Way of the Cross in the Company of Clowns". Mark began as a roadie/techie, but was increasingly asked to take on the part of lead clown Marmalduke, a man in need of realizing, in accompanying Spirit on the road to Calvary, how loved he is by God, despite, or maybe even because of, his imperfections. In the past couple of years, Mark began a ministry of passing out little leather crosses he had created, often bearing a single word , like "love" or "faith".

Mark's career was largely in a series of retail hardware stores. Additionally, he spent a few years as a van driver for Saratoga Bridges, where he was much loved by his passengers and their families. Most recently, he has been employed by the Saratoga Home Depot in their electrical department, where he will be much missed by co-workers, customers, and their four-legged companions.

Mark is survived by his wife, Barbara (Brewer) La Mere, of Lake Luzerne; his mother, Mary La Mere, of the Glendale Home in Glenville; a brother, Gregory La Mere (Kim) of Johnstown; and a sister, Katherine La Mere Fortman (Doug) of Pattersonville. Patricia Oddey of Glens Falls is a beloved aunt. Mark is survived by nieces: Jamie, Andrea, Marissa, Heather and Erica; and nephews: Devin and Ryan.

Grandnieces include: Gianna, Lorelei, and Avery. Mark's grandnephew is Brandon.

Mark has long been a supporter of Sound of Life Christian Radio Network, Lake Katrine, NY, and, more recently, of St. Labre Indian School. Mark would appreciate gifts to these charities.

To plant trees in memory, please visit our Sympathy Store.
Published by Post-Star from Jun. 8 to Jun. 9, 2021.
MEMORIAL EVENTS
Jun
9
Funeral Mass
10:30a.m.
St. Mary's Episcopal Church
, Lake Luzerne, New York
Jun
9
Burial
2:00p.m.
St. Paul's Cemetery
, Hudson Falls, New York
Funeral services provided by:
Brewer Funeral Home Inc
MEMORIES & CONDOLENCES
Sponsored by Brewer Funeral Home Inc.
2 Entries
I wanted to let you know that my thoughts and prayers are with you in your time of sorrow. Sorry to hear of your loss
Linda Dobroski
Family
June 11, 2021
Mark was a wonderful faithful gentleman and am proud to call him a Brother Sir Knight through the Knights of Columbus. He always thought of others and always showed so much care and concern for those who needed it. He will be missed greatly. Condolences to his family and know that you and he are in my daily prayer. Don C.
Don Coalts
June 11, 2021