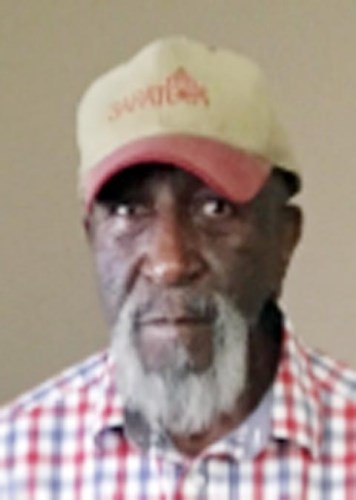 SARATOGA SPRINGS - Melvin White, age 80, passed away on Friday, September 3, 2021 at the VA Medical Center with his family by his side.

Melvin was born in Brooklyn, NY in 1941. The first-born son of the late Ola Mae (Range) and Arthur White. His siblings in birth order were George Clarence (RIP), Arthur (RIP) and Andrew (RIP).

Melvin attended P.S. 5 (George Westinghouse) and Williamsburg Vocational High School in downtown Brooklyn and enlisted in the U.S. Army where he was a map draftsman. In 1958 he was honorably discharged from service and returned to Brooklyn.

In 1954, his family relocated to Saratoga Springs, to join, two aunts who moved there years before. His cousin Fannie Mae Bailey (nee Range) operated a restaurant on the track during the racing seasons. She offered employment opportunities for many of the family. Aunt Leola Gooden (nee Range) was the pioneer and led the family to that area. Melvin stayed with her from time to time. Melvin was a Gap Attendant in the morning and manually operating the Scratch Board in the afternoon at the racetrack for 37 years. He also contracts out to revitalize the beautiful Victorian homes in the city. In his spare time, he designed T-shirts, did string art and entertained others by playing conga drums with a group in Congress Park and on Broadway. He earned the nickname "Bow" because he used his elbow when playing the drums. His favorite saying to young people was "STAY IN SCHOOL! A MIND IS A TERRIBLE THING TO WASTE".

He was preceded in death by his companion, Dianne King.

Due to the ongoing public health concerns of COVID-19 social distancing as well as mandatory wearing of a face mask is required.

Published by Post-Star on Sep. 12, 2021.
To plant trees in memory, please visit the Sympathy Store.
MEMORIAL EVENTS
Sep
15
Visitation
11:00a.m. - 12:00p.m.
Compassionate Funeral Care
402 Maple Avenue, Saratoga Springs, NY
Sep
15
Funeral service
12:00p.m.
Compassionate Funeral Care
402 Maple Avenue, Saratoga Springs, NY
Funeral services provided by:
Compassionate Funeral Care Inc
MAKE A DONATION
MEMORIES & CONDOLENCES
Sponsored by Compassionate Funeral Care Inc.
7 Entries
I am so sorry at the loss of your loved one Bo__he use to come to harness track and what a nice gent he was__always nice to us mutuel tellers__he was like slow ketchup__so easy going/layed back__nothing seemed to bother him. He will be missed for sure. You are all in my thoughts and prayers.
Bert/harness track
September 16, 2021
Love
H
Other
September 16, 2021
R.I.P. I will see you at the racetrack in heaven my friend.
Wendy McCormick Jenigen
Friend
September 15, 2021
My Dear Family, I'm glad I had the opportunity to spend time with Melvin and his family two years ago. You will be missed. RIP Love you, Cousin Phyllis
Phyllis Pearson
Family
September 15, 2021
One of the great ones... lucky to have known him.. Respects to his family and RIP MY FRIEND
Mitch friedman
September 14, 2021
When I managed the Stewart´s store on Woodlawn Ave., Bow stopped in everyday. I have fond memories of him. A great guy and always enjoyed seeing him. I´m sorry for your loss.
Gary DeAngelo
September 13, 2021
Thank you for your service to our country. Rest In Peace.
D
September 12, 2021
Showing 1 - 7 of 7 results