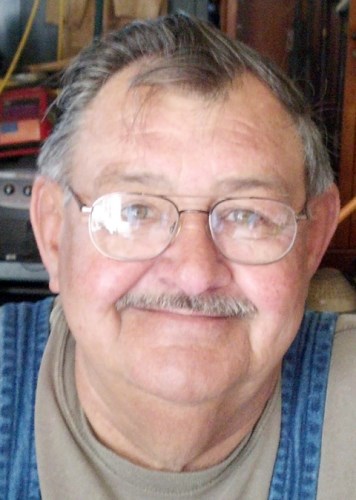 Steve was born Feb. 18, 1946, in Ticonderoga, NY the son of the late John and Helen (Donaldson) Palmer. Steve was also predeceased by his daughter Katrina.

Steve served as a SGT in the US Army and was a proud veteran of the Vietnam war, where he was a member of the Big Red One.

Steve was a former employee of the Town of Schroon, and a retired Millwright, who, after 25 years of service at International Paper Company, in Ticonderoga, was a member of the Quarter Century Club. Steve was an excellent mechanic and welder, sometimes known as "Tackleberry" by his many friends and co-workers. He was known as a Jack-Of-All-Trades who could fix almost anything for anyone who needed a hand.

Steve is survived by his wife of 26 years Debra (Ezzo) Palmer; his daughter Shannon and Andy; his sister Susan (John) Kelly; his grandson Ethan Dancz; his stepdaughter Kristi LaFave; his aunt Jean Garfield; and several nieces, nephews; and cousins.

At Steve's request there will be no calling hours or funeral service.

The family requests memorials take the form of donations to the Ticonderoga Emergency Squad or Lamoille Ambulance Service.

The Edward L. Kelly Funeral Home is in charge of funeral of arrangements, to offer online condolences please visit www.edwardlkellyfuneralhome.com.

Published by Post-Star on Dec. 1, 2021.
To plant trees in memory, please visit the Sympathy Store.
MEMORIAL EVENTS
To offer your sympathy during this difficult time, you can now have memorial trees planted in a National Forest in memory of your loved one.
Funeral services provided by:
Edward L. Kelly Funeral Home
MAKE A DONATION
MEMORIES & CONDOLENCES
Sponsored by Edward L. Kelly Funeral Home.
1 Entry
Thank you for your service to our country. Rest In Peace.
D
December 1, 2021
Showing 1 - 1 of 1 results