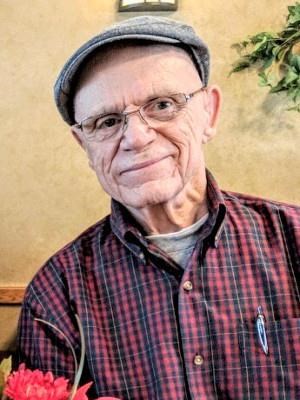 BORN
1939
DIED
2019
ABOUT
Owen J. Roberts High School
FUNERAL HOME
Houck & Gofus Funeral Home & Cremation Services, Inc
955 North Charlotte Street
Pottstown, PA
Donald L. Hafer, 80, passed away on Saturday, December 14, 2019, at Sanatoga Center. Born on April 9, 1939, in South Coventry Twp., Donald was the son of the late Freeman and Helen (Levan) Hafer. Don graduated from Owen J. Roberts High School in 1957 and then went on to graduate from Bob Jones University and Philadelphia College of Bible. He then began his career working as a banker for many years at Wachovia Bank, formerly known as Philadelphia National Bank. Donald was a son, a brother, an uncle, a guardian, a caregiver and a friend to many. He was always willing to help when needed, well liked, and loved by many. He enjoyed traveling, listening to organ music, and collecting ceramic birds. He loved his home (Fernrock) and enjoyed spending time in his garden retreat. His greatest enjoyments came from spending time with family and friends, dining out, holiday gatherings, reunions, and especially going to breakfast at Brookside Family. He will be missed. He is survived by his brother, Leon Hafer, husband of Pat; his sister, Fay Gerhart, wife of Richard; and many nieces and nephews. He is predeceased by his brother, Neil Hafer; and his sister and brother-in-law, Janet Brandel, wife of Joseph. A funeral service will take place on Wednesday, December 18, 2019, at 11:00 a.m. at the Houck & Gofus Funeral Home, Inc., 955 N. Charlotte St., Pottstown, PA 19464. Interment will follow at Mt. Zion Cemetery. In lieu of flowers, donations may be made in Don’s memory to a charity of your choice. Online condolences may be made to the family at http://www.houckgofusfuneralhome.com.
Published by The Mercury from Dec. 16 to Dec. 17, 2019.
To plant trees in memory, please visit the Sympathy Store.
MEMORIAL EVENTS
Dec
18
Funeral service
11:00a.m.
Houck & Gofus Funeral Home & Cremation Services, Inc
955 North Charlotte Street, Pottstown, PA
Funeral services provided by:
Houck & Gofus Funeral Home & Cremation Services, Inc
MAKE A DONATION
Please consider a donation as requested by the family.
MEMORIES & CONDOLENCES
Sponsored by Pottsmerc.com.
6 Entries
So sorry to hear of Don's passing...I didn't know, until I saw the flag at Fernrock at half mast...Don, my neighbor, friend and brother, along with Sam...
Bob Cauler
January 3, 2020
So sorry to hear of Donald's passing. Many fond memories growing up visiting at the Hafer's on Friday night for card night, when his parents and brother were still living. He loved to hear me play the organ. He will be missed. Karen Finkbiner
December 18, 2019
"When someone is in your heart, they're never truly gone"
Mitch Alborn
Eileen Driscoll
December 18, 2019
Don was such a wonderful and kind soul. Some of my favorite memories where when my sister and I would go trick or treating, and Don would take our photo and then at Christmas time we would receive a Christmas card with our photo from the previous Halloween. His gardens were something that were truly mesmerizing, and he would always take the time to tell us about each plant. Sam, please know that we are here if you need anything, and our hearts and prayers are with you
Alicia Driscoll- Welker
December 17, 2019
I was so saddened to hear about Don's passing. He was one of the first neighbors I met when I moved to Ringing Rocks Park. He had great character and a big heart. May all the wonderful memories that you have of Don bring you some comfort during this difficult time. His infectious smile and beautiful gardens will be greatly missed.
Eileen Driscoll
December 17, 2019
our condolences to the Hafer family. My family were neighbors to the Hafers on W. Cedarville RD. for years. So many memories I have of those years.You'll be missed.
Francis & Carol Almond
December 17, 2019
Showing 1 - 6 of 6 results