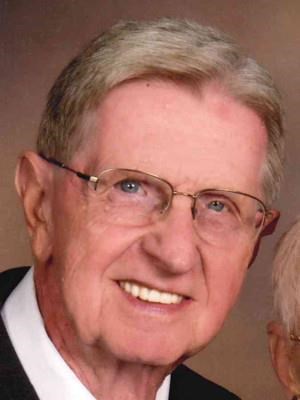 ABOUT
Lehighton Area High SchoolPottsgrove High School
Ronald K. Schafer of Frederick, PA, formerly of Pottstown, died Tuesday, December 31, 2019 at Frederick Retirement Living after a lengthy illness. He was the husband of Grace E. (Showalter) Schafer for 59 years. The second youngest of seven children, Ron was a son of the late Alvin and Laura (Wolfe) Schafer of Lehighton, PA. Ron graduated from Lehighton High School in 1954 and put himself through college and graduated from the former Kutztown State Teachers College in 1958 with a degree in Library Science and English. He got his masters degree through Temple University. Ron taught at Pottsgrove High School for 38 years from 1958 through 1995. He developed the very first library for the high school and saw the program through construction of two new libraries over his tenure. He worked with three generations of students at Pottsgrove before he retired; he was the director of publications for the high school and participated in the faculty plays in the 1960’s and 1970’s. Ron became known as the “go-to” historian for the school district. Ron and Grace were always active in the churches of which they were a part – St. James Lutheran, Pottstown; Grace Lutheran Church, Pottstown, Augustus Lutheran Church, Trappe, and once again St. James Lutheran; Ron was on church council and active in the Christian education ministries of each of those churches. After his retirement, Ron was a driver for Meals on Wheels and served on the Pottstown Public Library Board. An avid sports fan, Ron enjoyed the Philadelphia Eagles’ and Philadelphia Phillies’ seasons. Surviving in addition to his wife are sons David Schafer and wife Lexi, of Westminster, MD.; Brian Schafer of Allentown, PA., and Neil Schafer and wife Janet of Collegeville, PA. Grandchildren include Creason Schafer, Chamberlyn Schafer, and Matthew Schafer. Brother Don Schafer of Frederick also survives Ron as do numerous nieces and nephews. Ron was pre-deceased by siblings Nevella Fisher, Pauline Kobal, Lorraine Schoenberger, Melba Harleman, and Carl Schafer. A memorial service for Ron will be at St. James Lutheran, 1101 E. High Street, Pottstown, PA on Friday, January 10, 2020 at 11 a.m. with visitation from 10 a.m. til the time of the service. Memorial gifts in lieu of flowers can be made to St. James Lutheran Church or the Alzheimer’s Association - Delaware Valley Chapter 399 Market Street, Suite 102 Philadelphia, PA 19106 or the Frederick Retirement Living Resident Benevolent Care Fund 2849 Big Road P.O. Box 408 Frederick, PA 19435-0498.
Published by The Mercury from Jan. 3 to Jan. 5, 2020.
To plant trees in memory, please visit the Sympathy Store.
MEMORIAL EVENTS
Jan
10
Visitation
10:00a.m. - 11:00a.m.
St. James Lutheran
1101 E. High Street, Pottstown, PA
Jan
10
Memorial service
11:00a.m.
St. James Lutheran
1101 E. High Street, Pottstown, PA
MAKE A DONATION
MEMORIES & CONDOLENCES
Sponsored by Pottsmerc.com.
2 Entries
We, the Pottsgrove Class of 1978 were blessed to have so many wonderful, talented teachers.

When I was in school I spent a lot of time in the library and got to know Mr. Schafer well. He was always so kind, so helpful and so knowledgeable.

Eternal Memory!
Raymond Latshaw
January 6, 2020
Love you, Dad!!! You are the man so many respected for all your work with high school youth. Our memories are plentiful and that helps us ! We miss you dearly! Go with God!!!
David Schafer
January 5, 2020
Showing 1 - 2 of 2 results