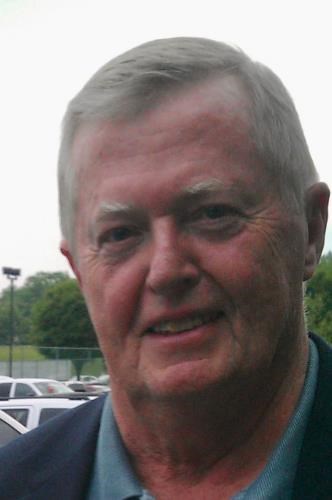 BORN
1945
DIED
2020
ABOUT
Owen J. Roberts High School
Terry Lee Burnley, 75, the companion of Diane E. Earnshaw, of the Village at Maiden Creek in Blandon, died December 29, 2020, at home. Born on November 18, 1945, in West Chester, Chester County, he was the son of the late George M. and Dorothy (Hayden) Burnley. Terry was a 1963 graduate of Owen J. Roberts High School and studied at West Chester University, earning a B.S. and M.S. in Biology. He worked 31 years for the Pottstown School District as a High School Biology Teacher. He was an avid boater, spending many summers with Diane on their boat at the Jersey Shore. He also enjoyed golf, which he took up with old friends after retirement. He loved to travel and enjoyed learning new facts and acquiring knowledge. Surviving in addition to Diane are his two children - Scott and Jennifer, fiancé of Chris Joyce; Nathan, son of Diane; three grandchildren - Shelby, daughter of Scott, and Liam and Lila, son and daughter of Jennifer; sister Patricia, wife of Larry Gray. He was preceded in death by sister Lynne Burnley and brothers Jack, Richard, and Michael Burnley. A memorial service for family and friends will be held at a later date at St. Andrews Episcopal Church, Glenmoore, PA. Interment of ashes will be in the family plot at St. Andrews. In lieu of flowers, memorial contributions may be made in his name to the Foundation for Sarcoidosis Research (www.stopsarcoidosis.com).
Published by The Mercury from Dec. 30, 2020 to Jan. 3, 2021.
To plant trees in memory, please visit the Sympathy Store.
MEMORIAL EVENTS
To offer your sympathy during this difficult time, you can now have memorial trees planted in a National Forest in memory of your loved one.
MAKE A DONATION
MEMORIES & CONDOLENCES
Sponsored by Pottsmerc.com.
10 Entries
Hard to believe it been a year Terry in Heaven. Two and half years for my Judy. Yet Jesus must have needed him. At least to give him Eternal Peace. My Continued prayers and sympathy. Art mauger OJR 1963.
Art Mauger
School
December 24, 2021
I will always have the memories of our time together on and off the golf course. We had a good run together alone with Tom Leaver. It was fun traveling from course to course with you even when we got lost. May you rest in pease now and hit them down the middle.
Diane hope your memories will get you through this time of loss.
David Schwenk
Friend
January 13, 2021
To the family of Terry L. Burnley,

On behalf of all of us at FSR, we extend our deepest condolences to you and the family and friends of Terry Burnley.

Thank you for identifying FSR as the organization to which people should send donations in Terry's memory. We will continue to fight for Terry and for all those battling sarcoidosis until there is a cure for this devastating disease.

In the spring of 2021, FSR is planning a memorial ceremony to honor those we lost. Please sign up here, www.stopsarcoidosis.org, to continue to receive information on FSR’s research and commitment to finding treatments and cures.

Please know that you and your family are in our thoughts and prayers during this difficult time.

Larry and Kathy Marchek
Coworker
January 3, 2021
Terry will be sorely missed by many. My deepest condolences to those who were closest to him in recent years, and there to care for and comfort Terry during his final days. I'm truly sorry for your loss.
Janice McCann Babin
Family
January 1, 2021
Dear Scott and Jennifer,
We were shocked and very saddened by the news of your father’s passing. We did not know that he was sick. We will remember Terry fondly and wish you both Peace. Dan and Judi Weller
Dan and Judi Weller
Coworker
January 1, 2021
Terry treated all his classmates at O.J.R, as equals. Always had a smile on his face. When Lynne passed, we all felt like it was OUR sister we lost. Terry back in Heaven with my late wife, Judy Lynn, & other graduates of 1963, O.J.R. My sincere sympathy to ALL families.
Art Mauger
Classmate
January 1, 2021
Showing 1 - 10 of 10 results