Born Anita Elizabeth Williams on June 5, 1940 in Kingston, NY, she was the daughter of the late Walter G. and Marianne K. Williams. Anita, a graduate of Kingston High School in 1958, and the University of Vermont, she also attended Trinity College in Dublin, Ireland.

Anita was an incredibly successful businesswoman, who was passionate about her community, and extended genuine kindness and gracious hospitality to everyone she encountered.

Beginning in 1965, together with her parents, Anita operated the legendary Williams Lake Hotel, founded in 1929 by her grandfather, Gustave Williams, a Finnish immigrant. She took over management of the hotel in 1987, when her father died.

During her many years at Williams Lake Hotel, Anita and her family created countless memories for vacationing house guests, area beach club members and the community, while providing year-round employment for area residents, along with summer jobs for many young people.

Following the sale of the hotel to Hudson River Valley Resorts, LLC in 2006, Anita worked tirelessly in support of HRVR's plans to redevelop the iconic hotel into a world-class sustainable resort community. Like her father, she was a strong environmental steward, and in 1994 contributed over 400 acres of environmentally sensitive land to the Rondout-Esopus Land Conservancy Inc., to be preserved as "forever-wild" to benefit the community and protect wildlife habitat.

Anita served as a member and President of the Rondout Valley Central School Board, and was a member of the Ulster County School Board Association. She was also a board member of the Ulster Community College Foundation, where she recently completed her third term as Chair. Additionally, she endowed the Anita Williams Peck High School Public Speaking Contest, now in its 9th year at the college, and was an inaugural donor for The SUNY Ulster President's Challenge Scholarship, which helps Rondout Valley High School students be the first in their family to attend college.

In 2007, Anita was recognized with the "Heart of Ulster County Award" for her significant contributions to Ulster County's economy. In 2013, she was the recipient of the "Sister Mary Charles Award" from the Benedictine Health Foundation in recognition of her service on the Foundation Board, and her support of the Rosemary D. Gruner Memorial Cancer Fund, the Bike for Cancer Care and the Fern Feldman Anolick Center for Breast Health. In 2016, she was honored by the Stone Ridge Library for her board service and support.

For the past 12 years, Anita was an owner of Hudson River Valley Tours, which provides tours through the region.

She was the former wife of Theodore G Peck, IV, and is survived by their son Theodore G. Peck V, and his wife Anna, Ulster Park; and their daughter, Jennifer L. Patton, and her husband Damien, Park City, Utah. She is also survived by a brother, Edward G. Williams, and his wife Gail Hollister, New York City, and her sister, Barbara Battelle , and her husband James Alligood, Palm Coast, Fl, in addition to her granddaughter Alexa E. Peck, Ulster Park. A niece, Kristin Alligood, and nephew, Gregory Williams, also survive. In addition to her parents, she was predeceased by her twin grandsons, Steven Gustave Peck and Ryan Atkins Peck, and her sister, Carol Ellen Williams.

In lieu of flowers, contributions may be made to the Anita Williams Peck Fund, Ulster Community College Foundation, Inc., 491 Cottekill Road Stone Ridge, NY 12484, or on line at https://www.sunyulster.edu/foundation/anitawilliamspeck.


Published by Poughkeepsie Journal on Jan. 29, 2019.
To plant trees in memory, please visit the Sympathy Store.
MEMORIAL EVENTS
Feb
16
Memorial Gathering
1:00p.m. - 4:00p.m.
SUNY Ulster Senate Gymnasium
491 Cottekill Road, Stone Ridge, NY
Funeral services provided by:
George J. Moylan Funeral Home - Rosendale
MAKE A DONATION
MEMORIES & CONDOLENCES
Sponsored by George J. Moylan Funeral Home - Rosendale.
10 Entries
May your soul be happy.
Beverly Nielsen
Neighbor
February 15, 2019
Anita shined her bright light on all those whose lives she touched. She inspired and uplifted so many people with her wonderful positive energy. Anita Iives on in our hearts.
Theresa Maelia
February 14, 2019
My condolences to the Williams and Peck families. So many happy memories at "the lake"!
Joan Salmon Pearson
February 1, 2019
Anita touched thousands profoundly, myself included. She encouraged me to believe in my ideas, to have my voice and to speak my truth. The mold was cracked the day she was born & the earth tilted the moment she left us. I'm sure heaven is having a huge celebration with her arrival. What an amazing human being! Love & Peace to you, Anita, and to all your family and friends!
Tara Ryan
January 30, 2019
I am very sadden on the passing of Anita. I went to school with her at the Cottekill School and than into Kingston High School. She was a very good friend when I enter Cottekill School always had a good word for me and a wonderful smile.
Patricia Bender-Boyer
January 29, 2019
Todd and I were very sad to learn of Anitia's passing. We were very fortunate to be married over 38 years ago at The Williams Lake Hotel. Anita made our special day even more so. Our children enjoyed many summers swimming in their prestine lake. Like so many people whose lives Anita touched, we have many fond memories of her. She will be dearly missed. Prayers and condolences to her family.
Todd & Nancy Schroeter
January 29, 2019
Anita, you will be missed more than you know. Your were such a vital force in the Ulster County area. Our hearts and prayers are with your family and may their wonderful memories comfort them in this their most difficult time. God Bless.....
Mary Anne and Sandy Whitman
Duck, NC
January 29, 2019
Anita was a kind community oriented person who supported and inspired those around her. She will be greatly missed.
John Klassen
January 29, 2019
So many memories...my sympathies to the Williams and Peck families on Anitas passing...God bless her and may she rest in peace
Noel Rabuffo Liuzzi
January 28, 2019 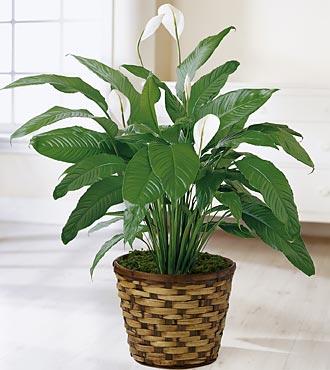