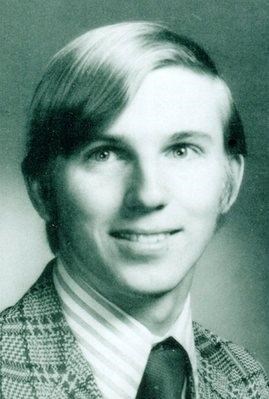 Rhinebeck - Christopher Mark Griffin, 60, a longtime Rhinebeck resident who grew up in Red Hook, passed away on Thursday, November 3rd, 2016 at the Northern Dutchess Hospital in Rhinebeck.

Born on December 22, 1955, in Rhinebeck, NY, he was the son of Vincent and Marjorie (Hefferman) Griffin of Red Hook

Chris graduated with honors in 1974, from Red Hook High School. He went on to earn his Bachelor's degree from SUNY Oswego in 1978 with a double major in Computer Science and German.

He started his career as an intern with IBM while still in college and continued with IBM for a very long and very successful 36 years. Chris's first job at IBM was as an Associate Programmer on the second shift in Kingston, NY and he eventually retired as a Senior Engineer consulting for IBM's largest customers at locations in Europe, Asia, South America, the United States, and Canada. He was very well traveled during his career, visiting major cities throughout the world.

An avid downhill skier, he enjoyed skiing the Catskills, Killington, VT and the Swiss Alps during adventures with family and friends from Rhinebeck and Red Hook.

Chris was an accomplished saxophone player both in high school and college. He was fluent in German, and enjoyed studying the Romance Languages.

A competitive and accomplished high school athlete, Chris played varsity football, basketball, tennis, and golf. He was a former longtime active member of the Red Hook Golf Club and was instrumental in recruiting new member to the club.

A two-time cancer survivor, Chris in later years was active in counseling cancer patients and survivors throughout the Rhinebeck area.

A very kind and gracious soul, Chris is survived by his loving parents, Vincent H. and Marjorie Griffin of Red Hook; his brother, Scott F. Griffin of Rhinebeck; his sister and her partner, Elizabeth Crockett and Paul (Pruitt) Estok of Clermont; along with many aunts, uncles, cousins, friends and colleagues throughout Rhinebeck, Red Hook, and Columbia County.

He was predeceased by his brother-in-law, Paul J. Crockett.

Funeral Services and Interment will be private. A celebration of Chris's life will be announced.

Memorial donations may be made in Christopher's memory to the American Cancer Society, PO Box 22718, Oklahoma City, OK 73123-1718.


Published by Poughkeepsie Journal from Nov. 5 to Nov. 7, 2016.
To plant trees in memory, please visit the Sympathy Store.
MEMORIAL EVENTS
To offer your sympathy during this difficult time, you can now have memorial trees planted in a National Forest in memory of your loved one.
Funeral services provided by:
Burnett & White Funeral Home
MAKE A DONATION
Please consider a donation as requested by the family.
MEMORIES & CONDOLENCES
Sponsored by Burnett & White Funeral Home.
6 Entries
Dear marge, Gerry, beth, and scott, so sorry to hear about chris. he was a great guy . always fun to be around and had a smile for everybody. he will be missed . my thoughts and prayers are with you
sherry shaw
November 12, 2016
Sherry Shaw
November 12, 2016
Mrs. Griffin,
My thoughts and prayers go out to you and your family! Chris was a kind and fun-loving guy. You, too, were always kind to me in the RCHS office.
God be with you,
Cheryl Wintjen Tanner
November 7, 2016
I first knew Chris at IBM and later as his investment representative. He was smart, talented, and his love of life was infectious. His passing is so sad, and I will miss him, as will many others. My deepest condolences to his family.
Robin Whitebay
November 6, 2016
David Bamford
November 6, 2016
I knew Chris from IBM. He was a friendly and very nice man. My condolences to his family. Michele, Poughkeepsie
November 5, 2016
Showing 1 - 6 of 6 results