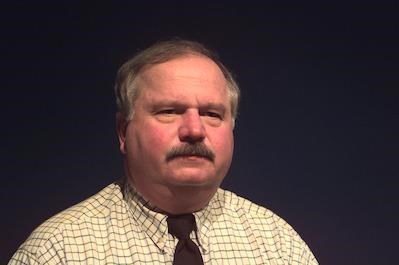 Millbrook - Dennis "DJ" Hart, 74 of Millbrook, passed away on July 11, 2021 at Vassar Brothers Medical Center. Born in Poughkeepsie, NY on November 4, 1946, he was the son of the late James and Mary Vitek Hart.

Dennis was a Deputy Sheriff with the Dutchess County Sheriff's Department for 33 years and was known for being a tough cop but fair and compassionate. Dennis has been a fixture in the Millbrook Community for his entire life and was a true local. He grew up in Millbrook and was an avid hunter and trap shooter. These all enlarged and enriched his network of friends. The out- pouring upon the news of his passing came from a multitude of communities and friends all siloed in the groups forementioned.

Dennis was first and foremost a dog lover. His living labs Muggs II, and Goose hunted all fall and winter with him retrieving ducks on the pond and geese or crow in the fields, and they will continue to hunt with their new owners that are most definitely "Dennis approved". His past pups who he joined in heaven include, Muggs the first, Churchill, and Poacher.

He loved Trap shooting, and his spring and summer schedule was always full of competition dates. He was the VP of the NYSATA Eastern Zone and his latest milestone of breaking 500,000 registered targets was something he was so proud of. Near and dear to his heart was the fund-raising shoot he sponsored for the Ronald McDonald House. He worked tirelessly on raising funds and donations for this cause. He would be so very happy to know that they have now named the shoot in his honor: the Ronald McDonald, Dennis J Hart Memorial Shoot. Finally, he will be most fondly remembered as the always present fixture as a dog handler at all of the Orvis Sandanona Duck and Pheasant shoots. "Commander Gander", his hunting truck & wagon, and his labs will forever be woven into the fabric of Orvis Sandanona.

Dennis will be missed by so many.

He is survived by his niece Kelly Jensen and grandniece Sheri Moran. He was predeceased by his brother James Hart III.

Memorial donations may be made to Syracuse NY Ronald McDonald House or NYS Amateur Trapshooting Association (ATA). A memorial service will be held on October 2 from 5-7 pm at Orvis Sandanona, 3047 Sharon Tpke., Millbrook. Interment will be at the convenience of the family in St. Joseph's Cemetery, Millbrook.


Published by Poughkeepsie Journal from Jul. 29 to Sep. 26, 2021.
To plant trees in memory, please visit the Sympathy Store.
MEMORIAL EVENTS
Oct
2
Memorial service
5:00p.m. - 7:00p.m.
Orvis Sandanona
3047 Sharon Tpke., Millbrook, NY
Funeral services provided by:
Allen Funeral Home - Millbrook
MAKE A DONATION
MEMORIES & CONDOLENCES
Sponsored by Allen Funeral Home - Millbrook.
9 Entries
I´ve been questioning and wondering where Dennis has been. And I came across this. To his family my sincerely condolences. I´m greatly saddened by his passing. I hope his pups have found a loving home.
Trisha Randazzo
Friend
August 9, 2021
My sincere condolences to the family. Denis was about my age when we both entered law enforcement at the same time. Will never forget one of my first calls and he showed up as back up. Well he knew everyone. Situation resolved it self. He was a down to earth common sense person. Community policing was his forte before the phase was coined.Though careers go separate ways we always enjoyed meeting. He was definitely a cop´s cop. He will be missed.
Jack Gensch, Lt., NYSP (Ret.)l
Friend
August 4, 2021
Dennis was a major influence in my life, both personally and professionally. He was a caring and trusted friend and he will be deeply missed.
Chris Fenner
Friend
August 4, 2021
I am truly sorry for your loss. I have known Dennis since I was a kid, pulling trap for him. He and my Daddy were good friends and shot hundreds of rounds together. I have to say that I am glad that they will be able to shoot trap together again, along with the many other friends of both that have passed.
Jenny Grossman
August 4, 2021
DJ, you were a good cop to work with... and a great friend. I'll never forget our time in the Turkey woods. R.I.P. and God, please watch over my old friend.
Wayne T Smith
Friend
August 2, 2021
He was one of the best, both on patrol and afield. Many a cherished memory of the hunt. I'll never hear a goose call without thinking of you. Rest easy my Brother. Hunt 'em up!
John M. Andrek
Other
August 2, 2021
Rest in peace Dennis. Were all going to miss that Christmas Day phone call. Break'em all.
Dominic, Donna & Dominic J. Cerrato
Friend
August 2, 2021
Rest in peace Dennis, God bless you and thank you for teaching us young kids how to police.
Matt Heneka
Work
August 1, 2021
I'm saddened by the passing of My Dear Friend Dennis. To know him was to see and appreciate his compassion and kindness. I was blessed to have Dennis as my Field Training Officer when I first came on with the Duchess County Sheriff's Office. You taught me and countless others very well!!! God Bless you My Brother until we meet again. Steve Heady
Steve Heady
July 31, 2021
Showing 1 - 9 of 9 results