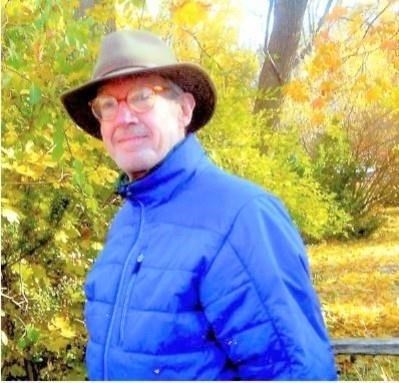 Ed was a native of Philadelphia Pa. He attended Philadelphia public schools. In 1951, he won a four- year scholarship to Lowell Textile Institute (now UMass-Lowell). Ed graduated with a Bachelor's degree in Textile Engineering in 1955.

Commissioned by ROTC as a lieutenant, Ed served as a personnel officer at McGuire Air Force Base from 1957-1959. He remained in the Air Force as a reservist until he was honorably discharged in 1968.

Ed had a long career as a Textile Engineer and Textile Market Analyst. For twenty years, he worked primarily in New York City for several textile companies. His last employer was West Point Pepperell, Inc. He retired from this company in 1981 and established his own consulting business, Textile Market Research (TMR). For West Point and as a consultant, Ed travelled to the southern United States, Europe and Asia. His specialty was advising companies on product development.

For many years, Ed was an avid hiker and runner. He scaled high peaks in the Sierra mountains, the Rockies and the White Mountains of New Hampshire. While living in New York, he regularly ran six to ten miles. In Poughkeepsie, he continued a less vigorous running schedule, which he complimented by "walking everywhere".

After his retirement, Ed pursued his love of music. He began to sing with the Helen Baldwin singers.

He found great enjoyment in this. His pleasure doubled when he joined the Golden Age Singers seven years ago. Up until the week of his passing, he sang with both of his beloved singing groups.

Ed and Anne Lancellotti, his partner and wife of forty years, moved to Dutchess County in 1984. Anne survives him in Poughkeepsie. He is also survived by a daughter from his first marriage, Francesca Hayes of Flagstaff, Arizona, two step-daughters, Maureen Bryant of Helena Montana and Denise Johnston of Phoenix, Arizona . He is also survived by his brother, William Hayes (Judy) of Falmouth, Maine, and many, nephews, nieces, step-grandchildren and great-grandchildren.

Ed's life will be celebrated at a musical memorial service at the Unitarian Universalist Fellowship of Poughkeepsie, NY. On Saturday, March 28th, 11:00 am.

Donations can be sent to the Helen Baldwin Singers of the Unitarian Universalist Fellowship of Poughkeepsie. Arrangements are under the direction of the Wm. G. Miller & Son FH, Inc.


Published by Poughkeepsie Journal from Feb. 13 to Feb. 23, 2020.
To plant trees in memory, please visit the Sympathy Store.
MEMORIAL EVENTS
Feb
28
Memorial service
11:00a.m.
Unitarian Universalist Fellowship
Poughkeepsie, NY
MAKE A DONATION
MEMORIES & CONDOLENCES
1 Entry
Please accept my condolences. I did not know this gentleman, but after reading this obituary, I tip my hat to a life well lived. I hope memories of Mr. Hayes live on among his loved ones for generations.
Joe Tinkelman
February 22, 2020
Showing 1 - 1 of 1 results