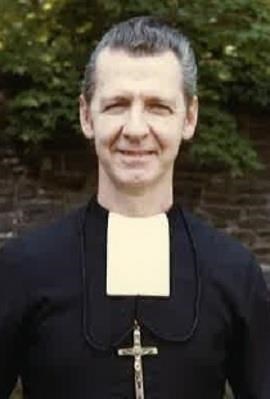 Poughkeepsie - Brother Gregory DelaNoy, FMS passed away, after a brave battle with cancer to his eternal reward on Sunday, April 3, 2016 at the Marist Champagnat Hall care facility in the Bronx. Bro. Gregory was born in 1933 in New York City. He professed his vows in the Religious Congregation of Marist Brothers of the Schools in 1951, faithfully serving the Catholic Church as a Religious Educator for 65 years. During his outstanding career, he was a teacher, administrator and guidance counselor in various Marist Brother's Schools in New York, New England, and Illinois. Prior to his retirement in 2013, he served as a Principal, Assistant Principal and Chair of the Guidance Department during his long tenure at Our Lady of Lourdes High School in Poughkeepsie, NY. He formerly ministered as a Guidance Counselor at John A. Coleman Catholic High School in Kingston, NY.


Published by Poughkeepsie Journal from Apr. 5 to Apr. 6, 2016.
To plant trees in memory, please visit the Sympathy Store.
MEMORIAL EVENTS
Apr
6
Mass of Christian Burial
11:00a.m.
Chapel at the Marist Brothers Center
t Esopus, NY
MAKE A DONATION
MEMORIES & CONDOLENCES
1 Entry
Brother Gregory was a man of deep religious conviction and was looking out for his students best interests. My family joins the Marist Brothers in praying for him.
Richard McHugh
April 6, 2016
Showing 1 - 1 of 1 results