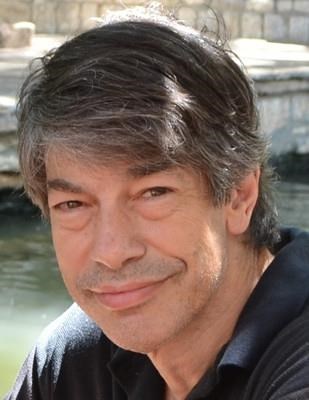 Red Hook - Harold L. Gruber, 64, of Red Hook, NY, passed away unexpectedly (and, as those who know him well might say, inappropriately!), on Friday, September 1, 2017 at Northern Dutchess Hospital in Rhinebeck.

In addition to his loving wife and mother, he is survived by his son, Alexander Gruber of Red Hook, NY, his brother, Michael Gruber of Olyphant, PA, along with extended family and countless friends and colleagues.

Harold spent many years in the Kings County District Attorney's Office. Harold was such a unique presence in the DA's office during his time there that they put him in his own bureau just to try the cases that no one else wanted to bring in front of a judge. The high point of his career was appearing for 10 minutes to ask for an adjournment in the Son of Sam case. He left the DA's office in 1983 to open his own law practice with a focus on real estate.

Harold never actually left Brooklyn until he moved to the charming little Village of Red Hook, New York in 1995 and, with his wife Elizabeth, opened the Grand Dutchess bed and breakfast. In addition to his law practice, Harold and Elizabeth ran the Red Hook Inn from 2001 through 2004. Harold was also the attorney advisor to the Red Hook High School Mock Trial team, an organization through which he proudly trained many adolescents in his particular style of litigation. He was also active in Boy Scout Troop 42 in Red Hook, where he taught several merit badges in citizenship and law and was a member of troop committee. He is famed for his staged re-enactments of battles, such as the Battle of Concord snowball fight. Harold was a member of the Society for Creative Anachronism (SCA) for more than 30 years and fought under the name Owain of Lyonesse. He was proud of his ability to carry the heaviest weapons on the field and of the dents in his armor.

Those who know Harold will never forget his wit, his humor (always off-color and inappropriate!), his opinions (never withheld!) and the way he cared for those he loved.

"To those who knew or worked with him, he has always been a very true, trusted, and loyal friend who will be dearly missed."

Friends may call at the Burnett & White Funeral Homes in Red Hook on Wednesday, September 6th, 2017 from 6-8 PM. Services will be held at 8 pm. Interment will be private.


Published by Poughkeepsie Journal from Sep. 5 to Sep. 7, 2017.
To plant trees in memory, please visit the Sympathy Store.
MEMORIAL EVENTS
Sep
6
Calling hours
6:00p.m. - 8:00p.m.
Burnett & White Funeral Home
7461 South Broadway, Red Hook, NY
Sep
6
Service
8:00p.m.
Burnett & White Funeral Home
7461 South Broadway, Red Hook, NY
Funeral services provided by:
Burnett & White Funeral Home
MAKE A DONATION
Please consider a donation as requested by the family.
MEMORIES & CONDOLENCES
Sponsored by Burnett & White Funeral Home.
14 Entries
You will be sorely missed in Brooklyn, your legal advice was good and you always got the job done and kept things light when the pressure was on. Rest in Peace.
Peter Sherwin
February 21, 2018
I was shocked and saddened to hear about Harold's passing. I first met Harold more than ten years ago when I started in real estate and he was handling all my work since then. He was an amazing lawyer and a trusted confidant but most of all, you could always count on Harold to provide a shrewd advice imbued with wisdom, fortitude, and good humor full of funny and unusual stories from the past to lighten the mood. I will never forget his depictions of medieval battle reenactments, his recollections of injuries from swords and battle axes and the story how he was almost shot by a cop, which he loved to retell. Harold was a unique and unforgettable person. He made such a memorable impression on my bankers that every time I see them now they ask me - where's you crazy lawyer from Brooklyn?. Harold had a giant personality and big heart. He will be sorely missed but certainly not forgotten.
Vadim
January 26, 2018
It is so difficult to know that Harold, my attorney, has been unexpectedly called home. I can hear him, as if it were yesterday, saying don't worry you will eventually get your condo conversion approved. I know that it is tough but together we will get through this.

After many, many bumps in the road Harold managed to carry me through one of most excruciating experiences of my life.
The condo conversion process, I dare say, took several years off of the tail of my life.

If it weren't for Harold's compassionate nature, expertise, experience and professionalism I know that I would not have seen my condo conversion project to fruition.

Unequivocally Harold was an incredible attorney, a blessing and such a beautiful soul.
I truly thank you, Harold, from the bottom of my heart. May you Rest in Peace.

My deepest sympathy,
Cindy Shoats
Cindy Shoats
September 14, 2017
Difficult to add much else other than what's been said already. His humor, point of view, and passion was infectious and inspiring. Shocking news and gone way too soon to that condo in the sky! You will be missed...
Tom and Elaine Sanidas
September 13, 2017
We are fortunate to have met Harold in our life time. It's a big loss for humanity, they don't make them like that any more.
Mike & Christine Polychroniades
Friend
September 13, 2017
Harold was always fun to have conversations with. His advice and humor will be missed. He always made you feel like everything was going to be okay. Harold, we will miss your beautiful spirit, gentle smile and colorful expressions!
Chuck and Lori
Chuck and Lori Denton
September 6, 2017
May your memories of the wonderful times you shared with your loved one comfort you and your family, today and always.
American Heart Association
September 6, 2017
I am so saddened by this. I met Harold when I was 14 years old. He was a good friend of my brother's and the first time we met was when my parents took us all to see the movie "The Graduate," in Manhattan when it just came out. I developed a crush on him instantly. Harold was my first (what felt like at that age) true love, and although he broke my heart, we somehow remained friends all these years.

To say Harold was unique is an understatement. Always inappropriate, he singlehandedly countered all the political correctness in the world. He had the most devious smirk which was always followed by his signature laugh when you'd look at him in exasperation at some over-the-top thing he said. His mispronunciations of certain wordsthe way he said couldn't for example, (and I won't say what it sounded like), were legend.

Years passed and we spoke rarely but on the few occasions we met for dinner in NY with other old friends to catch up, it was always like no time had passed at all. I can't believe Harold is gone and it is way too soon. He will absolutely be missed. My sincerest condolences to Beth, Alex and the entire family.
Amy Neiman
September 6, 2017
GEORGE MONACO
September 5, 2017
Wow!!!! i am shocked. i thought Hal would live forever. He was a fun guy, witty and never held back anything. The sneakiest knight in MSR.

My thoughts and prayers are with Beth and Alex.
GEORGE MONACO
September 5, 2017
I consider myself fortunate to have seen the many facets of Hal both on the field of battle as a brother knight, as an attorney when he helped me with real estate and just general advice and at home many years ago where I dog sat his Saint Bernard. My favorite story Hal story is that at one point I took great offense when he said basically that women should not take up arms and are made for the gentler arts. He was surprised when I took offense because, as he stated "I didn't mean you - you're different!!" I have lost a friend and a brother and I will miss him. My deepest condolences to Beth and Alex.
Vera Messina
September 5, 2017
I loved talking with him. No matter what the topic he added his own unique viewpoint and hysterical stories. The world is diminished without him. Please accept my heartfelt condolences for your loss.