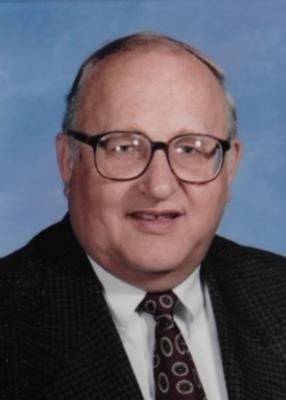 In addition to his wife, Joseph was predeceased by his parents and his brother, Leon Jozefowicz.

Sponsored by the National Catholic Welfare Association, Joe and his family arrived in the United States in 1948 at what was then Saint Joseph's Christian Brothers school in Barrytown, NY. He entered Red Hook Central School as a fifth grader attending the Linden Avenue School. During high school, Joe played baseball and basketball, but he excelled at football. He was named to the Dutchess County Scholastic League All-Star football team, and he played on the Red Hook High School undefeated football team in 1955. Joe was proud to have been coached by the legendary Lindsay Northam.

Joseph graduated from Red Hook High School in 1956. He earned his B.S. degree in business administration from American International College, Springfield, MA in 1961 and his M.S. degree in education from the State University of New York at Albany in 1973. Joe began his career as a business teacher at Richford High School in Richford, VT, teaching there from 1961 until 1963. He taught at Chicopee Comprehensive High School in Chicopee, MA from 1963 until 1966 and then spent the 1966-1967 academic year teaching at Arlington High School in Poughkeepsie, NY. Beginning in 1967, Joe taught at his alma mater, Red Hook High School, where he remained until his retirement in 2000. Joe served as a substitute teacher there for many years following his retirement. To his students, he was known as "Mr. J," and to his friends, he was known as "Big Joe." In addition to teaching at Red Hook High School, Joseph was an adjunct lecturer in the Business and Secretarial Science Departments at Dutchess Community College from 1969 until 1995. Joe often taught on campus and at several area correctional facilities.

Upon his passing, Joe leaves his neighbors, friends, family and his students who made his life interesting and rewarding.

Joe was very proud to be an American, but he was equally proud of his Polish heritage. Throughout his life, he maintained his interest in his native Poland, its language, its music, its food, and its culture, as well as, his relationships with his relatives in Poland.

Joseph was a very active member of the Red Hook Alumni Association, serving as a member of the Alumni Council for many years and as the treasurer for 8 years.

Mass of Christian Burial will be held at 11:00 AM on Thursday, February 13, 2020 at St. Christopher's Church, Red Hook, NY. Burial will be at St. Paul's Lutheran Cemetery, Red Hook.