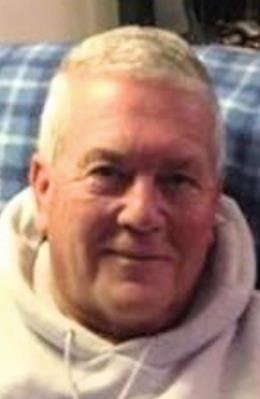 Born in Rhinebeck on April 12, 1947 he was the son of the late Melvin and Vera (Stoutenburgh) Cole.

Ken is survived by his fiancé and best friend, Deborah Reynolds who resides at home. His daughter, Ashley M. (Ryan) Lukach of Tivoli; and his grandsons, Mason J. Lukach and Myles R. Lukach of Tivoli. Ken was guardian to Caiden Staats who resides in his home in Red Hook. He is also survived by his three brothers, Glenn (Madeline) of Pleasant Valley, Stephen (Karen Szatko) Cole of Red Hook, and Christopher Cole of Washington State; his nieces and nephews, Jennifer, Sarah, Chad, Brandon, and Jane Cole; along with extended family, numerous friends and colleagues.

A nephew, Henry Cole predeceased him.

Throughout his life, Ken served his country. He served in the United States Army from 1966-1968, and retired with 30 years in the US Navy Reserves as (CPO) Chief Petty Officer.

Ken started his career with DeLaval Corporation in Poughkeepsie. He then began his law enforcement career with the Village of Rhinebeck Police Department, and he worked for the Dutchess County Sheriff Office. Following his graduation from the New York State Police Academy, Ken then worked for 25 years with NYS Environmental Conservation Division of law-enforcement. He retired on June 9th, 2010 while retaining the rank of Lieutenant in (BECI) Bureau of environmental crimes investigations unit

Ken was the founder and longtime administrator of the Montgomery Post 429 American Legion-Children with Cancer Fund, which provided assistance to any child with cancer.

Memorial donations may be made in Kenneth's memory to the Shriner's Hospital for Children, 51 Blossom St., Boston, MA 02114, to St. Jude Children's Research Hospital, 501 St. Jude Place, Memphis, TN 38105-1942, www/stjude.org/memorial, or a charity of one's choice.

Friends may call at the Burnett & White Funeral Homes on Thursday, February 7th, 2019 from 4 to 8pm. Montgomery Post 429 American Legion will conduct services at 6:45 pm.

Funeral services will be held at 11:00 AM on Friday, February 8th, 2019 at Burnett & White Funeral Homes, Red Hook, NY. Burial will be at St. Paul's Lutheran Cemetery, Red Hook.

Published by Poughkeepsie Journal on Feb. 7, 2019.
To plant trees in memory, please visit the Sympathy Store.
MEMORIAL EVENTS
Feb
7
Calling hours
4:00p.m. - 8:00p.m.
Burnett & White Funeral Home
7461 South Broadway, Red Hook, NY
Feb
7
Service
6:45p.m.
Burnett & White Funeral Home
7461 South Broadway, Red Hook, NY
Feb
8
Funeral service
11:00a.m.
Burnett & White Funeral Home
7461 South Broadway, Red Hook, NY
Funeral services provided by:
Burnett & White Funeral Home
MAKE A DONATION
Please consider a donation as requested by the family.
MEMORIES & CONDOLENCES
Sponsored by Burnett & White Funeral Home.
6 Entries
Take comfort in knowing that now you have a special guardian angel to watch over you.
STEPHEN SCHREIBER
February 6, 2019
Celebrating a life well lived. We will cherish the memories forever.
February 6, 2019
May your hearts soon be filled with wonderful memories of joyful times together as you celebrate a life well lived.
stephen schreiber
February 6, 2019
Psalm 90:10 says that the days of our years are 70 years, And if because of special mightiness they are 80 years.
May the memories of the wonderful times you shared together bring a smile and joy in your heart.
February 6, 2019
I hope someone up in heaven will bring you warm blankets like I did candy man I will miss you so much you were such a sweet man and always had a smile on your face
diane shanagher
February 5, 2019
I am so sorry for your loss my heart goes out to your family I had the pleasure of knowing him and he was such a sweet man may you rest in peace candy man <3
diane shanagher
February 5, 2019
Showing 1 - 6 of 6 results