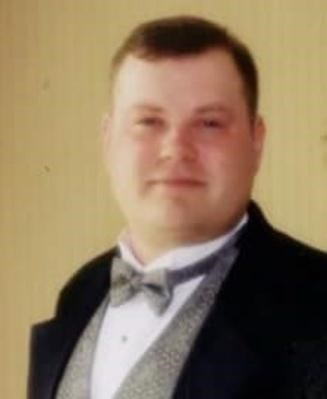 New Paltz - Kurt Karge, beloved husband, son, brother, uncle, cousin, and friend departed this earth to be with his Heavenly Father on March 31, 2015 in Cedar Park, Texas. Kurt was born in Poughkeepsie, NY on March 9, 1971. Kurt was formerly of New Paltz and moved to Texas in 2011. He resided in Cedar Park, TX with his wife and best friend, Cheryl Bassi Karge, who he married in 2002. He was the son of Kurt and Lynn Karge of New Paltz, and is also survived by his loving brother, Scott Karge and fiancé, Kelly O'Toole , his father-in-law and mother-in-law, John and Renay Bassi of Jackson, NJ and his brother-in-law, Travis Bassi and wife, Loren Tosi-Bassi of Cream Ridge NJ and beloved nephews Jake, Charlie and Leo Bassi.

He graduated from New Paltz High School in 1990 after which he served in the US Army from 1990 to 1992 during Operation Desert Storm. Since 1992 Kurt has worked in the Hospitality and Food industry with the highlight of his professional experience working at Mohonk Mountain House Resort.

Kurt had a passion for sports, painting and especially, animals. His love for the Dallas Cowboys and New York Yankees was a constant his entire life and Kurt loved playing with his dog, Darby. He also had a boundless energy and enthusiasm for life and has left a legacy of selfless love and joy to everyone he touched. His genuine concern for the well-being of those who knew him was a trait that will never be forgotten.

Arrangements are under the direction of Copeland Funeral Home, Inc., 162 South Putt Corners Road, New Paltz, NY 12561 Condolences may be made to the family at www.copelandfhnp.com.

Published by Poughkeepsie Journal on Apr. 4, 2015.
To plant trees in memory, please visit the Sympathy Store.
MEMORIAL EVENTS
To offer your sympathy during this difficult time, you can now have memorial trees planted in a National Forest in memory of your loved one.
Funeral services provided by:
Copeland-Hammerl Funeral Home
MAKE A DONATION
MEMORIES & CONDOLENCES
4 Entries
Lynn, so very sorry for your loss. I remembers Kurt from Normie's house. I will keep you in my prayers.
Elaine Hannon
April 6, 2015
Cheryl, Thinking of you and Kurt's family today. My deepest sympathy.