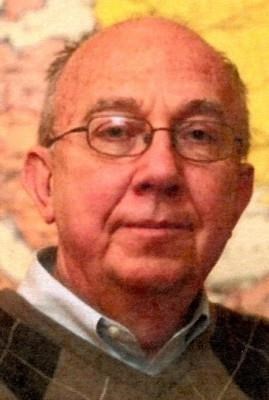 Poughkeepsie - Michael P. Hanagan died on September 14, 2018, from complications of Parkinson's Disease at the Berkshire Medical Center in Pittsfield, MA, near his second home in the Berkshire Mountains.

Michael was born April 10, 1947, in St. Louis, Missouri, the son of Judge Francis P. Hanagan and Berenice Henke Hanagan, also an attorney. Growing up in West Frankfort, Illinois, the heart of Illinois coal country, he learned respect for the hard work of and challenges faced by coal-mining families, many of whom were his friends.

After graduating from Chaminade College Preparatory School in St. Louis in 1965, Michael attended the University of Illinois-Urbana. There, he devoted much of his time outside the classroom to the movement against the Vietnam War. Earning a B.A. in 1969, he went on to the University of Michigan-Ann Arbor for graduate studies in European history, receiving his Ph.D. in 1976. There, he met his wife Miriam Cohen, also a graduate student in history. He accompanied Miriam to Poughkeepsie in 1977 when she became a faculty member at Vassar College; he lived in Dutchess County until his death.

Michael taught history at Vanderbilt University, Columbia University, The New School, and Vassar College, from which he retired in 2013. A distinguished scholar, he was the author of many books and numerous articles on European history, world history, and the history of social movements. His first book, The Logic of Solidarity: Artisans and Industrial Workers in Three French Towns, 1871-1914, appeared in 1980; his last, a co-authored history text titled Global Connections: Politics, Exchange, and Social Life in World History, was published in 2015.

Active in his profession, Michael held various roles in the Social Science History Association, served on the editorial board of the journal International Labor and Working Class History, and was one of the editors of the Cambridge University Press book series on Politics and Contentious Action.

Michael enjoyed long walks and travel as well as music, both classical and celtic. He was also a voracious reader of fiction and poetry. But most of all he cherished his family. A loving, supportive husband and wonderful father, he delighted in his daughters—and, recently, his granddaughter.

There will be a private burial with a memorial service to celebrate Michael's life at a later date. The family will be welcoming callers at their home from 6 to 8 PM on September 25. In lieu of flowers, charitable contributions can be made to the Michael J Fox Parkinson's Foundation for Research, https://www.michaeljfox.org/get-involved/donation2.php or the ACLU, https://www.aclu.org/donate-aclu.

Arrangements are under the direction of the Wm. G. Miller & Son FH, Inc., 371 Hooker Ave., Poughkeepsie, NY 12603. If you wish to send an online condolence please visit our website at www.wmgmillerfuneralhome.com


Published by Poughkeepsie Journal from Sep. 23 to Sep. 25, 2018.
To plant trees in memory, please visit the Sympathy Store.
MEMORIAL EVENTS
Sep
25
Calling hours
6:00p.m. - 8:00p.m.
their home
NY
Funeral services provided by:
William G Miller & Son Funeral Home Inc
MAKE A DONATION
MEMORIES & CONDOLENCES
Sponsored by William G Miller & Son Funeral Home Inc.
1 Entry
Professor Hanagan was my adviser and mentor at the New School. Without his guidance and support, I might not have been able to finish my study there. I am one year late to the very sad news. RIP, Dear Sir.
Hsin-chih Chen
December 21, 2019
Showing 1 - 1 of 1 results