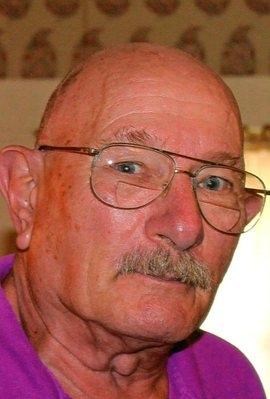 Cottekill - Peter O. Beck of Cottekill Road died Saturday, January 17, 2015 at Vassar Bros. Medical Center in Poughkeepsie. He was 72. Peter was born in Brooklyn July 15, 1942 a son of the late Oscar J. and Lydia Arnold Beck. He moved to Cottekill as a child and began working on the family's chicken farm in Cottekill. The farm was known as Oscar Beck & Son, which he continued to operate with his mother after his fathers passing. Peter graduated from New Paltz High School in 1960. As a young man he was a member of the Future Farmers of America (FFA). When he wasn't tending to farm chores he enjoyed fishing and working on cars.

In 1964 he married Gail Davis, whom he loved, cherished, and cared for until her death in 2003. Pete started his professional truck driving career in the 1960's with ProVan Inc., after a short time he went to work for Mobil Oil Corporation driving gasoline tankers until he "retired" in the late 1990's. Once he grew tired of cutting the grass, he went back on the road delivering modular homes all over NY and New England. He never passed up the opportunity to bring home fresh lobsters, it brought back fond memories of his many trips to Rockport Massachusetts with his wife. Once he truly retired in 2009, he joined the "Stewart's coffee clutch" in Rosendale and "Red" still owes him a coffee!

He is survived by his beloved daughter and caregiver, Lori of Cottekill, his daughter Melissa of Catskill, and a grandaughter Nicole Hasenflue Galderisi and her husband Steven. Also survived by a sister in law, Alice Thibault and Ronald, of East Hampton, MA, many nieces, nephews, and "Blackjack" his sweet kitty. His brother, Alfred Beck died December 30, 2011.

Friends may call Sunday, January 25 at the George J. Moylan Funeral Home Inc., 2053 Route 32, Rosendale from to 1 to 3 PM. Rev. Renee House will conduct funeral services at 3 PM. Cremation will be held privately. In lieu of flowers memorial donations are requested to Marbletown First Aid Unit, Ulster County ASPCA, or to Hospice of Ulster County. (www.GJMoylanFuneralHome.com)


Published by Poughkeepsie Journal on Jan. 23, 2015.
To plant trees in memory, please visit the Sympathy Store.
MEMORIAL EVENTS
To offer your sympathy during this difficult time, you can now have memorial trees planted in a National Forest in memory of your loved one.
Funeral services provided by:
George J. Moylan Funeral Home - Rosendale
MAKE A DONATION
MEMORIES & CONDOLENCES
7 Entries
Missi and Lori,
We are sorry to hear of your dad's passing please know that you both are in our thoughts.
Love you,
Tammie, Kenny and Morgan Acker
January 27, 2015
My condolences go out to the family. I had lots of laughs and great conversations with Pete..Rest in Peace my friend.
Fred Woods
January 26, 2015
Sad to hear this. R.I.P. Pete
Ken Lugrezia
January 25, 2015
Pleasure working with Pete. Rest in peace.
Glenn Jackson
January 23, 2015
Was a great guy and a great friend. You will be missed Pete.
Randall Holderman
January 23, 2015
Nikki & Steve
I am so sorry for your loss. My prayers are with you and your family at this diffcult time. If there is anything that you need let me know I am here.
Heather
Heather Crawford
January 23, 2015
You will always live in our hearts and prayers.
Erik Reich
January 22, 2015
Showing 1 - 7 of 7 results