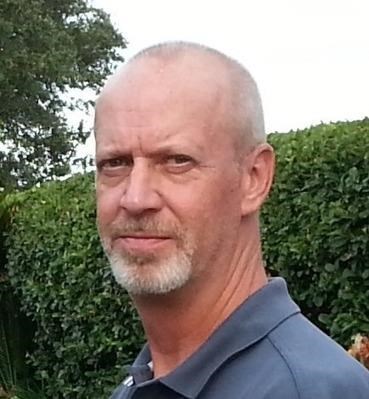 Kerhonkson - Peter R. O'Sullivan, 57, of Kerhonkson died Wednesday January 11, 2017 at Vassar Bros. Medical Center in Poughkeepsie. He was born in Garden City, NY November 6, 1959 a son of the late H. Ross and Doris Green O'Sullivan. An area resident most of his life Peter was employed as a Global Studies teacher at the Rondout Valley High School. In addition to his teaching career which started at Rondout in 1989, he also served as Department Chair for the Social Studies Department, 1st Vice President for RVF, and was a former Dean of Students.

He is survived by his wife of 31 years, Frances Slizewski O'Sullivan whom he married August 24, 1985 at St. Peter's Church in Rosendale, 2 sons, Oliver Ross O'Sullivan(Rebecca) of Vermont, Samuel Peter O'Sullivan (Nicole Reeder) of Woodstock, a sister Margaret O'Sullivan Burpee (David) of Kingston, and a brother Kevin O'Sullivan (Gail) of Conneticut. Also survived by several nieces and nephews.

Visitation will be Saturday January 14 from 4 to 7 PM at the George J. Moylan Funeral Home Inc., 2053 Route 32, Rosendale. A service to celebrate his life and a time of sharing will be Sunday January 15 at 1 PM at the funeral home. Interment will follow at the Fairview Cemetery in Stone Ridge. In lieu of flowers memorial donations are requested to Ulster County SPCA, 20 Wiedy Road, Kingston, NY 12401. www.GJMoylanFuneralHome.com


Published by Poughkeepsie Journal on Jan. 13, 2017.
To plant trees in memory, please visit the Sympathy Store.
MEMORIAL EVENTS
Jan
14
Visitation
4:00p.m. - 7:00p.m.
George J. Moylan Funeral Home - Rosendale
2053 Rte 32 PO Box 481, Rosendale, NY
Jan
15
Service
1:00p.m.
George J. Moylan Funeral Home - Rosendale
2053 Rte 32 PO Box 481, Rosendale, NY
Funeral services provided by:
George J. Moylan Funeral Home - Rosendale
MAKE A DONATION
MEMORIES & CONDOLENCES
Sponsored by George J. Moylan Funeral Home - Rosendale.
18 Entries
Our deepest condolences to your family So sorry to hear My Sullivan was a mentor to our children The Neidhardt family
January 16, 2017
We are heartbroken over the loss of our beloved department leader and mentor, Peter R. O'Sullivan. Words cannot express the emptiness our hearts feel at this difficult time. However, we find strength and comfort in the knowledge that he affected thousands of lives during his time here on earth. A teacher and coach to us all, his wisdom always shone through the chaos. A warrior for justice, his strong moral compass taught us all to always speak up for what is right. Our source of wisdom, inspiration and courage. Our friend. The Captain of our ship... His spirit lives on in those whose lives he touched.
"O Captain! my Captain! our fearful trip is done, ..."
May you Rest In Peace.
With love and the greatest respect always,
The Rondout Valley Social Studies Department
Rob McDonough
January 16, 2017
Peter, you will be missed by our family. Although we didn't see each other often, I have fond memories with you. I even named my baby doll after you when I was young! And yes, she was a girl.

We are sending prayers of peace and comfort for you Fran, Oliver, Rebecca, Sam, and all others who loved Pete. We wish we could be with you this weekend, but we are with you in spirit.
Meghan O'Sullivan Hale and family
January 14, 2017
May God provide your family with peace, love and comfort. Our deepest sympathy-
Colleen O'Sullivan McKay and family
January 13, 2017
Our deepest sympathies go out to you and your family. May God give you the comfort and peace that you seek and may the soul of your loved one Peter rest in peace. Our thoughts are with you.
Lee and Tammy Desrosiers
January 13, 2017
You were a great teacher whom I have great memories of from years back. May you rest in peace. Thoughts and prayer are with your loved ones
Tina Golding
January 13, 2017
Mr. O'Sullivan was the ONLY reason I know anything about history. He impassioned his students, made social studies come alive and was an all around amazing, honest and charismatic human. I am honored to have been a part of his teaching career as a student. My heart goes out to his family and friends who will indeed feel his absence.
Danielle Balestra
January 13, 2017
Dear Peter and Family,

One of my last memories of Pete was standing out on rt. 209 in the bitter cold and at the corner of Kyserike with signs of support for all the teachers and support folks at Rondout throughout all the contract negations. We talked about retirement and my decision to do so along with his honest and right off the cuff thoughts about my decision to do so! It was heartfelt and totally Pete!!!! He actually tried to convince me to stay around and go out with him! What I admired most about Peter was his ability to cut through to the core of the issue and stand up for what he believed in popular or not. Rest in total peace Pete and my sincerest condolences to his family.

Charlie Murray
charlie murray
January 13, 2017
Wonderful teacher, I have many fond memories. My thoughts and prayers go out to his loved ones.

- Rachel (Van Norstrand) McDermott RVHS '97
Rachel McDermott
January 13, 2017
R.I.P. Peter O'Sullivan. My heartfelt condolence to all his family and friends~~
Gail Alecca
January 13, 2017
Rest in Peace Pete. Heartfelt condolences to Fran, Oliver and Rebecca, Sam and all family and friends!
Kim LaPier
January 13, 2017
Pete, I will miss you dearly.
To his family I send my prays, and love to you..
Laura Walker
January 13, 2017
One of my favorite teachers who I will always remember fondly. I regret not having returned for a visit.
B Mac
January 12, 2017
Pete - It was my distinct privilege to be your friend and colleague at the high school for 17 years. I will always remember your booming voice, larger than life presence, passion for teaching, and on a lighter note, our kidney stone competitions which you always won. You will truly be missed my friend.
Tom Ticknor
January 12, 2017
My condolences to the family. Peter was one of the few faculty to befriend and assist a wandering substitute teacher. He will be missed.
Andrea Newman-Winston
January 12, 2017
A great teacher and coach. RIP Mr.O
Seth Johnson
January 12, 2017
Peter...you will be greatly missed by your former students and by those who called you friend. Thank you for being a great mentor for me during and after I became a social studies teacher. You taught me more about being a good teacher than my college ever did. My condolences to your family.
Amy Madsen
January 12, 2017
I am very saddened by your passing and I would like to extend my deepest condolences to your family. We were colleagues at Rondout High School for 19 years and I considered you a great teacher. I will always remember our conversations. You were extremely loyal to your family and friends and you did your best to represent the staff in all of your endeavors. Most importantly, the students loved your classes, often talking about the way you brought history to life for them. I will always remember your kindness, devotion, and sense of humor. Thanks for everything.
Tom Muollo
January 12, 2017
Showing 1 - 18 of 18 results