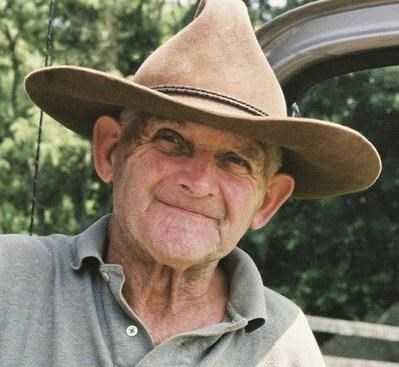 At the age of ten, Bob began his long illustrious career when he took tourists from the city on trail rides into the Catskill Mountains. He studied agriculture and veterinary science and played on the Polo Squad at Cornell University for two years before leaving to strike out on his own and pursue his dreams in the horse business. Early in his career, Bob was involved in the breeding program for the Remount Service, which provided horses for the U.S. Calvary during and after World War II. Bob also once trained a horse named Holy Smoke to jump through a ring of fire for the Disney movie Run Appaloosa Run.

He acquired Netherwood Acres in 1951 and brought the farm through many aspects of the horse business including many wins with his thoroughbred race horses to foxhunting throughout the east coast. Bob was a member of the Rombout and Millbrook Hunts since the early 1950's, and, over the years, his students of all ages rode in horse shows, hunter trials, hunter paces and foxhunting.

In keeping with Bob's wishes, cremation has taken place.

Memorial calling hours will be from 3 to 5 pm, Sunday, February 22nd at Sweet's Funeral Home, Inc., Rte. 9, Hyde Park. A family celebration of Bob's life will conclude the calling hours.

A ceremony to scatter Bob's ashes on his beloved horse farm will take place in the Spring.

To send an online condolence or for directions, please visit www.sweetsfuneralhome.com.


To plant trees in memory, please visit our Sympathy Store.
Published by Poughkeepsie Journal from Feb. 21 to Feb. 23, 2015.
MEMORIAL EVENTS
No memorial events are currently scheduled.
To offer your sympathy during this difficult time, you can now have memorial trees planted in a National Forest in memory of your loved one.
Funeral services provided by:
Sweet's Funeral Home
MAKE A DONATION
MEMORIES & CONDOLENCES
14 Entries
Just wanted to tell you Bob, riding Western will never be like riding English! So privileged to have learned from such a wonderful horseman! Hi Trudy!
Patti Ilic
Student
February 15, 2020 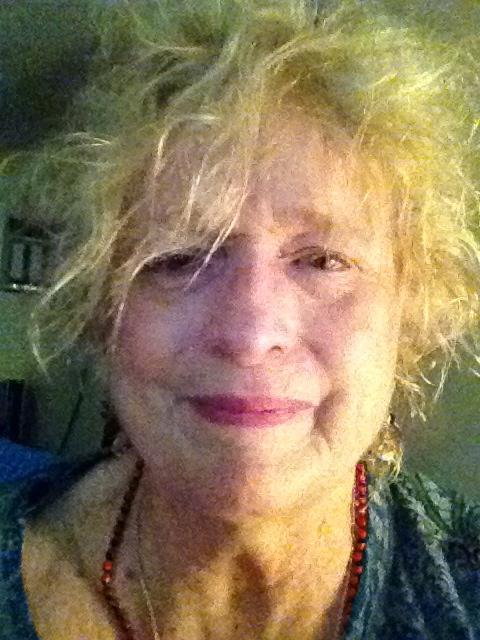 I took horseback riding lessons from Bob when I was eight, nine and ten during our summers in Shady, NY. That experience has always been a favorite memory. Bob was a kind and sensitive teacher and, though I was eleven years younger, I fell in love with him and was heartbroken when we gave up our summer home and I could no longer spend those hard working hours riding my favorite horse, Defense. To not ride every summer with Bob as my teacher was a great loss. I can only imagine how his family must feel. I'm glad you all had the time with him that you did. He must have been an inspiration to you all. God bless.
Robin Wilson
March 21, 2015
Our deep sympathy to Bob's family. We used to live near Salt Point, in Schultzville, and recall his kindness and good cheer. Susan Huberth.
February 24, 2015
My parents just told me the very sad news and I simply cannot believe it. I really thought that if any one human being would live forever, it would be you, Bob! Thank you so much for teaching me to ride and to love horses, and for taking such amazing care of Degas when he lived at Netherwood. Thinking of Chrissy and your family during this time.
Love, Jen Firlings
Jennifer Firlings
February 24, 2015 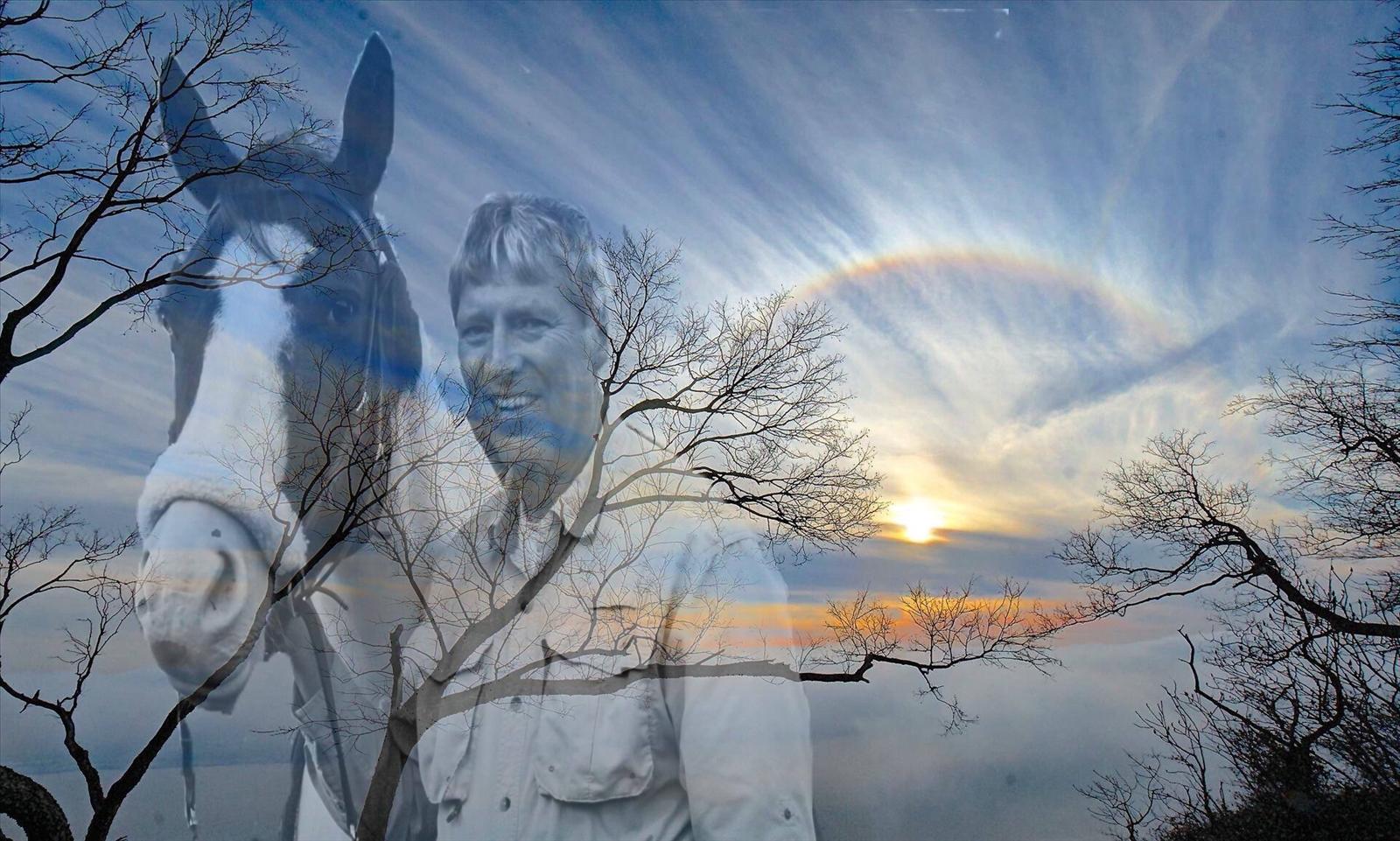 The inspiration and guidance you so freely gave--were the essential tools I needed to become one with the horse, but you also taught me that the desire, passion, and love of these spiritual animals comes as a gift from God. I am guessing but I think you found the trust you needed in the one animal that would not only be a life long challenge to keeping you level minded, but allowed you to give us a greater understanding of why and how we should strive to achieve harmony with our horses. Happy trails my friend.
Wayne Van Steenbergh
February 22, 2015
My daughter Donna passed away in Sept and I know you are both riding in the wind, her on her horse Tapestry that you sold to us. Rest in Peace Bob keep those horses moving
bahret cindy
February 22, 2015
truly the best horseman you ever met. bought my first horse Tapestryfrom Bob. He had a way with horses that was unbelievable, he was a great man and well loved.
cindy bahret
February 22, 2015
Rode for Bob for twenty years - lessons, trail rides, horse shows and the Rombout Hunt. Wonderful memories of riding "Defense" and Patti's favorite horse "Coffee." I continue riding to this day. Thank you Bob for instilling a life-long love of horses in me and so many others. Contact me.
Trudy (Howarth) Hoffmann
February 22, 2015
After seeing you jump through a ring of fire on Holy Smoke at a local show, I knew I had to ride!! Started lessons with you shortly thereafter at the young age of 5!! I have so many fond memories of you, your horses and your farm!! Rest in Peace Bob!! And give a hug to my favorite first horse Boots!!
Vicky Livingston-Damato
February 22, 2015
A true legend. Taught so many of us so much. And always a good laugh.
Charles Russell
February 21, 2015
Run like the wind Bob! You taught me to love and adore horses my whole life. I took riding from you with my friend Trudy Howarth back in the 1950's. My favorite horse was Coffee! Thanks for the memories!
Patti Pavitt (Ilic)
February 21, 2015
Rest in peace in horse heaven Bob. You've changed so many lives forever by infusing horse passion into our souls. Run with the wind, and rest in peace forever.
February 21, 2015
Bob was one of the best horseman and had a great eye for horses. He used to tell me he wanted to come back as a saddle so he could be between the two things he loved. The horse business will miss his knowledge and skills. Happy Trails Bob.
Mary Namerow
February 21, 2015
I am so sad another great man has left us I feel,privileged to have known him . Hope they are ready for him!,! He set such an example for all of us though at times so headstrong.... Love to all of you love Trish
February 21, 2015
Showing 1 - 14 of 14 results