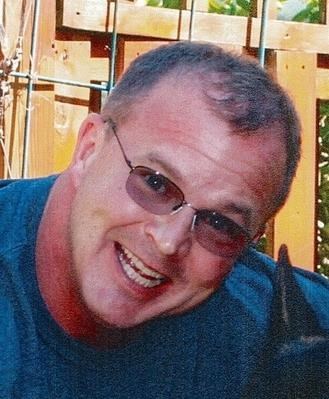 Robert was born on June 30, 1963, in Manhasset, NY, son of Robert and Regina Waterhouse of Tivoli, NY. He lived in Levittown before moving to Tivoli in 1972, where he has lived ever since.

Robert graduated from Red Hook High School in 1982, and later attended Springfield College, where he competed on the wrestling team.

After his son Colin was born in 1992, Robert was a loving, stay-at-home father. In 1997, he began working at the Dutchess County Sheriff's Department, where he eventually advanced to the rank of Lieutenant. Over the years, he developed his talent for training and teaching; his specialties included correctional emergency response, and instruction in both firearms and chemical agents.

As a lifelong learner, he was passionate about many interests, including gourmet cooking, motorcycles, and his family.

Robert is survived, in addition to his parents, by his wife Kathy Ford of Tivoli; son Colin Waterhouse of California; his stepson Jeremy DeLong, his wife Nancy, and their son Canyon, all of Oregon; his brothers John and Michael Waterhouse of Tivoli, and Jim (Kristin) Waterhouse of Brooklyn; his extended family, colleagues, and a community of friends.

A memorial service will be held at 4pm on Thursday, August 2, 2018, at Harris Smith Post #524 American Legion Hall, 8 Tivoli Commons, Tivoli, NY 12583. At the conclusion of services, visiting hours will continue at Harris Smith Post until 7 pm. As per the family's wishes, please come in comfortable, casual attire.

In lieu of flowers, memorial donations may be made in Robert's memory to the National Alliance on Mental Illness.


Published by Poughkeepsie Journal on Aug. 1, 2018.
To plant trees in memory, please visit the Sympathy Store.
MEMORIAL EVENTS
Aug
2
Visitation
Harris Smith Post #524 American Legion Hall (until 7PM)
8 Tivoli Commons, Tivoli, NY
Aug
2
Memorial service
4:00p.m.
Harris Smith Post #524 American Legion Hall
8 Tivoli Commons, Tivoli, NY
Funeral services provided by:
Burnett & White Funeral Home
MAKE A DONATION
MEMORIES & CONDOLENCES
Sponsored by Burnett & White Funeral Home.
8 Entries
I went to school with John. My condolences to your family during this time of loss.
--Judy Degenhardt Krampen
October 27, 2018
to the family of Robert, we are so sorry for your loss, please accept our deepest sympathies and condolences
john & marge fischer
August 8, 2018
My deepest condolences to Bob's family. Take heart.
Becky
August 5, 2018
I am so deeply saddened to hear our world has lost such a beautiful man! I am sending much love and prayers to all of those who are heartbroken!
❤
Tammy Valentino
August 3, 2018
Our sincere condolences.

Nora Licht and Doug Sheer
August 2, 2018
We are so sorry to hear of your loss. Our thoughts and prayers are with you guys during this time.
Larry & Dese Simmons
August 2, 2018
My brother Chris Moore was close friends with Bob back in the day. I know he admired Bob a lot. I am sorry for your loss. CJ Moore
Carlton Moore
August 1, 2018
Pat Bremer
August 1, 2018
Showing 1 - 8 of 8 results