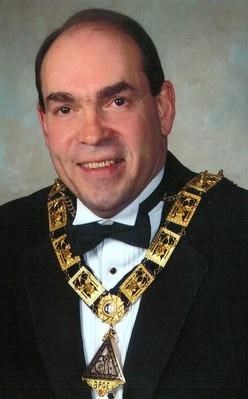 Peru, New York - Stephan Francis Weishaupt, SR. was born January 31st, 1956 in Kingston, NY to Elizabeth and William Weishaupt, SR.  and was taken too soon on May 27th, 2017 at the home he grew up in, surrounded by people who loved him.

Steve, as those who loved him knew him, grew up in Kingston, NY with his 4 siblings and many beloved friends who he remained close to his whole life (we're looking at you Jimmy).   Steve graduated from Coleman High School and went on to St. Anselm college in New Hampshire where, after taking part in constant foolery with his friends and younger brother Matt, he graduated with a major in Criminal Justice and minor in History. Steve went on to have an illustrious career in law enforcement. He worked for the Ulster County Sheriff's Department as a Deputy Sheriff and Lieutenant Detective, was the director of MPTC, Police Academy in the Spring of 1985, served briefly for the United States Marines where he was honorably discharged, moved on to the Naval Intelligence Service (1985 - 1986) and spent 20+ years with the Federal Bureau of Investigation, (Florence Alabama Resident Agency 9/11/1986 - 12/14/1990, New York 12/1990 - 04/1994 Special Operations and FBI Albany, NY Plattsburgh Resident Agency 4/1994 - 1/31/2008) where he enjoyed many years and adventures with the SWAT team, including taking down the first World Trade Center bomber, Mohommad Salameh in March of 1983, the Jordan Montana standoff…etc . After retirement from the FBI, he went on to work for the NYS DOCCS as a Senior Investigator for the Office of Special Investigations (mostly because he loved law enforcement and because his wife said 'no way you're staying home and driving me crazy'.) His office was instrumental in the investigation, arrest, and conviction during the 'Great Escape' from Clinton Correctional. He taught defensive tactics, investigative techniques, assisted in the running of police academies and so much more. No matter where he worked or where he went he enjoyed a camaraderie with all he worked with, and was highly respected by many.

Steve was a member of the Benevolent and Protective Order of Elks and served as Exalted Ruler and State Vice President. He spent many years helping those in need.

Steve didn't just spend his time making the world a better place both personally and professionally.  All who knew him loved him.  He enjoyed nothing more than sitting at a table of friends, showing off his family, and regaling everyone with stories (mostly true) of a full and exciting 61 years.  Steve loved all things Irish and Celtic (especially the music, played at other worldly decibels on car trips), Milano cookies, cranberry sauce, animals of all kinds (including hand feeding the chipmunks in the yard who thanked him by eating the innards of his car), and spending too much every year at Christmas.  He was happiest when he was surrounded by family and friends on any occasion.  Steve gave everything of himself to everyone around him, asking nothing in return.  One of Steve's proudest moments was being nominated by his son to be a torchbearer in the 2002 Winter Olympics in Salt Lake City relay. It was a very rare moment when he was struck speechless. There was not a better husband/father/brother/pampi/friend that a family could ever hope for and we are all so proud to call him ours. He was our rock, our 'go to' problem solver and our strength.  He brought a light to this world that we will work tirelessly to keep lit in his absence.  And we will love and miss him every day for the rest of our lives.

Funeral arrangements are under the guidance of Joseph V. Leahy Funeral Home, Inc. 27 Smith Avenue Kingston, New York. www.jvleahyfh.com Friends will be received at the funeral home Wednesday May 31, 2017 from 2 to 8 PM. The funeral procession will form 10 AM Thursday June 1, 2017 at the funeral home. A Mass of Christian Burial will be celebrated at Saint Joseph's Church- Main and Wall Streets Kingston, at 11 AM. Burial St. Mary's Cemetery.

In lieu of flowers, we, his loving family, will be setting up the Stephan F. Weishaupt Law Enforcement Scholarship Fund, to which you can donate, or ask that you donate to an animal shelter near you in his name.

Of all the money that e'er I had

I spent it in good company

And all the harm I've ever done

Alas it was to none but me

And all I've done for want of wit

To mem'ry now I can't recall

So fill to me the parting glass

So fill to me the parting glass

And drink a health whate'er befalls

And gently rise and softly call

Of all the comrades that e'er I had

They're sorry for my going away

And all the sweethearts that e'er I had

They'd wish me one more day to stay

But since it fell unto my lot

That I should rise and you should not

I gently rise and softly call


Published by Poughkeepsie Journal from May 29 to May 31, 2017.
To plant trees in memory, please visit the Sympathy Store.
MEMORIAL EVENTS
May
31
Visitation
2:00p.m. - 8:00p.m.
Joseph V. Leahy Funeral Home, Inc. - Kingston
27 Smith Avenue, Kingston, NY
Jun
1
Funeral
10:00a.m.
Joseph V. Leahy Funeral Home, Inc. - Kingston
27 Smith Avenue, Kingston, NY
Jun
1
Mass of Christian Burial
11:00a.m.
Saint Joseph's Church
Main and Wall Streets, Kingston, NY
Funeral services provided by:
Joseph V. Leahy Funeral Home, Inc. - Kingston
MAKE A DONATION
MEMORIES & CONDOLENCES
Sponsored by Joseph V. Leahy Funeral Home, Inc. - Kingston.
22 Entries
Mollie, I recently heard about Steve's untimely passing and my prayers go out to him, you and your children. As you know, Steve and I served together in the FBI in the Birmingham Division, Florence, AL Resident Agency back in 1987-1988. Steve was a great mentor and colleague who taught me a greatly deal about the law enforcement profession through his experiences. I will keep him and you in my prayers. Take care. Terry
Terry Monahan
Coworker
December 13, 2017
To the Weishaupt Family , our deepest condolences. Drew Rogers and family. Syracuse,NY
May 31, 2017
Mollie, Stephanie, Erin, Stephan, the Weishaupt and Klinger families...please accept my sincere condolences. Fly High Steve.
Helene
May 31, 2017
Our deepest Sympathy! Steve was an amazing guy! He touched many lives ! Prayers for comfort and peace to all family and friends! Our hearts cry with you! Linda and Rick Pettersson
Linda and Rick Pettersson
May 31, 2017
I had the warm regards and great respect for Steve.My deepest sympathies to the family and all who knew him.
Sharon Cacopardo Potter
Sharon Potter
May 31, 2017
We are so sorry to hear of Steve's passing. Thinking of you, Molly and sending condolences to the family.
Mike and Debbie Pereau
May 31, 2017
OUR DEEPEST CONDOLENCES,REST IN PEACE STEPHAN....MARK J. ROGERS & FAMILY..LAS VEGAS,NV.
May 30, 2017
Steve was a wonderful man, I feel grateful to have known him and call him a friend . We go back many years to the days I took the FBI exam( he and Mike Lonerghan'd urging ) ... Alas my math skills betrayed me but we ended up working together in NYSDOCCS. He was such a devoted family man and no bigger smile was on his face then talking about his family and his love for them .. I am saddened by his passing and can only hope he is raising hell and toasting to us up there.... Rest In Peace friend....
Laura Whalen
Friend
May 30, 2017
My deepest sympathy to the entire Weishaupt family. Our prayers are with you all.
Don Schatzel
May 30, 2017
so sorry to learn of of Steve's passing .. to the Weishaupt family .. my thoughts are with you
Edward R Ellsworth ll
May 30, 2017
We were shocked to hear the sad news. Our condolences to you Mollie and to the entire family. Cass & Beth Clark, Plattsburgh, NY
May 30, 2017
I love you Dad.

Please accept my heartfelt condolences on the passing of Steve. He had quite the personality and we all enjoyed his company and sense of humor when attending any event at St. Anselm College, especially Red Key events. We will miss him, and he will be in our thoughts and prayers.
Joe Sikora
May 30, 2017
It was sad news indeed to hear of Steve's passing. I always enjoyed being around him.
Tom Dauenhauer
May 30, 2017
My heart goes out to the family. I was shocked to hear this, my prayers are with you.
Lorelei Armstrong
May 30, 2017
To Matt, Bill, and of course your brother Stephan's family.
Know that you are being thought of in your time of loss. My hope is that there are fond memories, to many to count, to keep your brother, husband, and father close to you always. Peace be with you my friends....
Keith Waldron
May 29, 2017
I am totally shocked at this. My condolences to you Mollie, and your family, and to Billy too of course.
May 29, 2017
Thinking with sadness and offering up many prayers for all The Weishaupt Families.