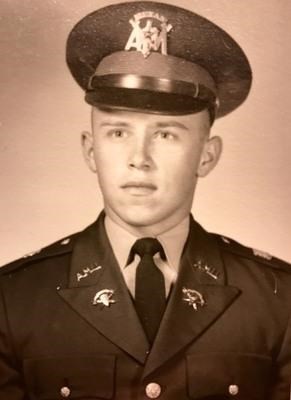 Steve married Mary Winkky Bayer on the ides of March in 1975 and she survives him at home. Together they raised two daughters, Megan E Hedin and Stephanie N Bayer. He is survived by siblings Wayne R Bayer, Donna M McCauley and her partner Thomas Strong and Walter G (Corky) Bayer and his wife Patti. Also surviving are nieces and nephews Amy (Matt) Mergenthaler, Danny (Whitney) Bayer, Erin Bayer, Scott (Yvette) McCauley, John(Meg) Bayer, Katie Bayer and Walter F Bayer and grandnieces/grandnephews Brianna, Myles, Adeline, Kelsey, Oliver and Channing. Steve was blessed with a large extended family and is survived by one uncle and many cousins in the Red Hook area and by two aunts and more than 100 cousins in Texas.

He was a resident of Red Hook and a graduate of Red Hook High School class of 1968. He maintained deep and lifelong friendships with many former classmates recalling and retelling their adventures and misadventures at many gatherings over the years.

His father Walter came from a large family in Texas. Steve enjoyed the relationships he maintained with his aunts, uncles and cousins there, visiting as often as he could. He was very proud to have attended Texas A&M University in College Station, Texas for his freshman year. He was an ardent supporter of all Aggie sports, especially football. Gig'em Aggies!! He completed his undergraduate education at SUNY Cortland.

Steve retired in 2008 from a career of teaching American History at the Onteora High School for 28 years. He treasured the rapport he developed with his students and the camaraderie with his fellow teachers.

He was a long time member of the Red Hook Boat Club. His main motivation in joining was to fish for shad in the Hudson River with his Uncle Chet Day. He built a special smoke house and developed a fine reputation for smoking shad.

Steve enjoyed being outside gardening, playing golf, camping and fishing. Favorite times with friends and family were spent in the Upper Saranac in the Adironadacks and on the shores of the Outer Banks in Nags Head, NC. He enjoyed his family and his friends and we will all miss his smile, his passion and his humor.

Friends may call at the Burnett & White Funeral Home in Red Hook on Thursday, March 16th, 2017 from 3-7:00 PM. Services will be held at the funeral home at 11:00 AM on Friday, March 17th. Interment will be private and will be held at a later date.

In lieu of flowers donations may be sent to organizations that Steve supported: National Park Foundation, North Carolina Aquarium Society/Jennette's Pier or the American Cancer Society.


Published by Poughkeepsie Journal from Mar. 14 to Mar. 16, 2017.
To plant trees in memory, please visit the Sympathy Store.
MEMORIAL EVENTS
Mar
16
Calling hours
3:00p.m. - 7:00p.m.
Burnett & White Funeral Home
7461 South Broadway, Red Hook, NY
Mar
17
Service
11:00a.m.
Burnett & White Funeral Home
7461 South Broadway, Red Hook, NY
Funeral services provided by:
Burnett & White Funeral Home
MAKE A DONATION
Please consider a donation as requested by the family.
MEMORIES & CONDOLENCES
Sponsored by Burnett & White Funeral Home.
9 Entries
Mary and family, my thoughts go out to you as you remember Stephen and the beautiful memories you have of him. Saying a prayer.
Linda Soto-Cruet
Classmate
March 8, 2021
Steven and I were roommates at Cortland State in 1969. I saw the news of his passing in the alumni magazine. He and I became good friends and even traveled together to Florida in 1970 in the period between college semesters. I'm so sorry to hear of his death and send my condolences to his friends and family. He was a good guy and I always enjoyed his company.
Gil Roscoe
Friend
December 19, 2017
May God bless you and your family in this time of sorrow.
March 21, 2017
My deepest condolences to the family. He was a wonderful person with whom to work.
Andrea Newman-Winston
March 15, 2017
Our family reunions will never be the same without him. His love of our family's history will be sorely missed. His sense of humor and love of Texas will never be forgotten. Mary, you can rest in the knowledge that he is in the arms of our Savior along with all that have gone before us.

We are sending our prayers and heartfelt condolences.

May your memories provide comfort and may God give you peace.