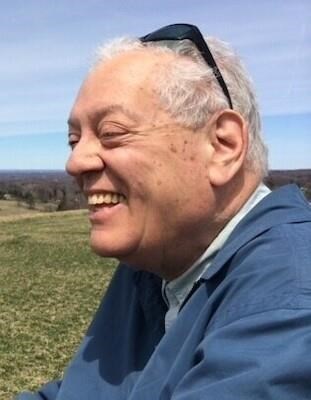 Rhinebeck - Steven Allan Lanser, 74, recently of Rhinebeck and formerly of Manhattan, died on Sunday, February 21, 2021 at the Thompson House in Rhinebeck. Born June 29, 1946, in Brooklyn, he was the son of the late Manny Lanser and Mildred (Mickey) Kroll Lanser.

After receiving his master's in history at the University of Michigan, Steven worked as a disability claims adjuster for the Social Security Administration in Queens for 40 years before his retirement.

In October 6, 1996 in Westchester, he married the former Deborah Hoffman. Mrs. Lanser survives at home.

Steven was an avid choral singer; he was a member of the Dessoff Choirs, Cantori NY, the Oratorio Society of NY, and the Continuo Collective. Together with his wife, he performed in many venues, including Carnegie Hall, Avery Fisher Hall, and the Bard Fisher Center, as well as many churches.

When he wasn't performing, he could be found cheering his beloved NY Mets or taking classes at the Bard Lifetime Learning Institute.

In keeping with his wishes, cremation has taken place.

Published by Poughkeepsie Journal on Feb. 28, 2021.
To plant trees in memory, please visit the Sympathy Store.
MEMORIAL EVENTS
To offer your sympathy during this difficult time, you can now have memorial trees planted in a National Forest in memory of your loved one.
Funeral services provided by:
Sweet's Funeral Home
MAKE A DONATION
MEMORIES & CONDOLENCES
Sponsored by Sweet's Funeral Home.
2 Entries
My condolences to the family . May you find comfort in your treasured memories and Gods promise to return our loved ones . 1st Thessalonians 4 : 13 & 14 .
February 25, 2021
May God bless you and your family in this time of sorrow.
February 25, 2021
Showing 1 - 2 of 2 results