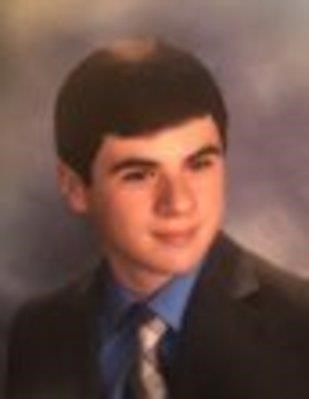 ****PLEASE CHECK BACK FOR UPDATES - THE FAMILY IS PLANNING A SERVICE AND FUNERAL PROCESSION IN THE NEAR FUTURE. ****
East Fishkill - Steven Daniel Ziskind, 22, a lifelong area resident, died on May 27, 2020 from injuries sustained in a motorcycle accident.

Born in Nyack on January 12, 1998, he was the beloved son of Martin and Polly (Sandler) Ziskind. Steven was a 2016 graduate of John Jay High School. He was graduating from SUNY New Paltz this year with his bachelor's degree in mechanical engineering. At New Paltz, he was actively involved in the SAE Baja Club, and had served an internship as a Siemen's Healthineer. He had also started an internship this week at Atlantic Westchester in Bedford. Prior to attending SUNY New Paltz, he had attended SUNY Polytechnic Institute in Utica where he was a Graduate Senator in the Business Government Association.

Steven was the Assistant Manager at Speidell Supercars in Poughquag. During high school, he had also been employed in the Garden Department at Lowe's in Poughkeepsie and earned all three forklift drivers licenses.

Steven was a dedicated volunteer with the Wiccopee Fire Company, where he was lovingly known as "Dora", because he wore a backpack. He loved motorcycles and cars, especially S197 Mustangs. His father let him drive a go kart at the age of 5. Then, together, they built their own. He clocked over 1000 miles drifting around their home. You can see him if you google "Martin Ziskind + gokart". By the age of 8, he was riding dirt bikes and grew through 4 models and a Quad. He enjoyed getting Big Air on whatever he rode. He also enjoyed snowboarding. Since middle school, Steven demonstrated his Dads advanced science projects to students, to interest them in STEM.

In addition to his parents, Steven is also survived by his brother, Adam Charles Ziskind; his grandparents, Bettylee Sandler, and Joan and Raymond Heinzelmann; and his uncles and aunt, Jeffrey Sandler and Richard and Maureen Ziskind.

Memorial donations may be made to the Wiccopee Fire Company or the charity of your choice.

Published by Poughkeepsie Journal from May 30 to May 31, 2020.
To plant trees in memory, please visit the Sympathy Store.
MEMORIAL EVENTS
To offer your sympathy during this difficult time, you can now have memorial trees planted in a National Forest in memory of your loved one.
MAKE A DONATION
Please consider a donation as requested by the family.
MEMORIES & CONDOLENCES
0 Entries
Be the first to post a memory or condolences.