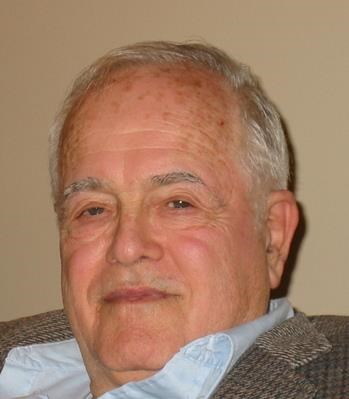 Poughkeepsie - On Thursday July 11, 2019, Werner Buchholz, a computer science pioneer, passed away peacefully in his sleep at the age of 96.

Werner was born on October 24, 1922, in Detmold, Germany. The son of a Jewish leather merchant, Werner just after turning 16 was sent by his parents to the safety of England before the onset of World War II. Like with Japanese Americans, England rounded up these Jewish teenagers and put them in detention camps. His parents, Julius and Elsa, were killed in concentration camps. Werner was transferred to another detention camp in Canada where, after some time, members of the Toronto Jewish community sponsored him to attend the University of Toronto. After receiving his bachelor's and master's degrees there, he earned his PhD in electrical engineering at Caltech.

IBM hired him in 1949 to work in Poughkeepsie, NY, at the very beginning of their commercial computer development. There they replaced punched card electronic computing with the much faster magnetic tape process for storing large files. Werner participated in a new government project for the Korean War that led to the IBM 701 and 702 computers. They next developed the "supercomputer" called Stretch, taking advantage of the change from vacuum tubes to transistor technology. This is when these computer designers began being known as system architects. In 1956, Werner coined the term "byte" to denote a small group of bits, but he never thought this much of an accomplishment. He continued to work at IBM until retiring in 1990.

Werner married Anna Frances Odor, a Kentucky-born, Methodist-turned-Quaker, professor of German at Vassar College, in 1952. With Werner's highly-engaged support, Ann Buchholz went on to become a local community leader, one of the first Democratic women elected to high office in this relatively conservative area of New York. They had two sons together, John who died in a car crash in 1975, and Sham Rang Singh Khalsa who is an emergency physician in Massachusetts. Werner was preceded in death by Ann in 2007. He is also survived by two grandchildren, Gurushabd Khalsa and Sarang Khalsa, who reside in the Seattle area.

Werner asked that there be no funeral services. He asked that, instead of flowers, for those who wish to honor him in death, that gifts can be sent to Poughkeepsie Monthly Meeting of Friends, 249 Hooker Avenue, Poughkeepsie, NY, 12603.


Published by Poughkeepsie Journal on Jul. 17, 2019.
To plant trees in memory, please visit the Sympathy Store.
MEMORIAL EVENTS
To offer your sympathy during this difficult time, you can now have memorial trees planted in a National Forest in memory of your loved one.
MAKE A DONATION
MEMORIES & CONDOLENCES
2 Entries
Hi Kids.......I now live in Kauai hi....and was surfing.....and found your Memos obit......He was a great guy and loved all of you so much....sat many summer nights with Mema and your grandfather.....of course ....only after they had nothing to do! Ha....Lois and John Tompkins are my Aunt and Uncle....fathers side...and forever we are PK.....Yikes....Apocalypse Now !,, Ann was just so sweet and cared so much about everything.".but I have to admit...I never picked up on the Kentucky accent! Is you Mema related to Daniel Boone? Kidding.....Oh Kids your Grandfather was one of a kind......and I have the mold buried under my garage ....where. Lowe’s is today!,,,Kids will come and kids will go.....but those Buchholz....welll.......ON GOD KNOWs.......Mahalo......jeff mccabe....PK and Lihue
Jeff mccabe
Friend
May 15, 2021
Anna and Werner were a great couple who raised a wonderful sons.Dutchess County and the Town of Poughkeepsie owes them a great debt for their community service and dedication in making the area a better place.I pray that future leaders are inspired by them.