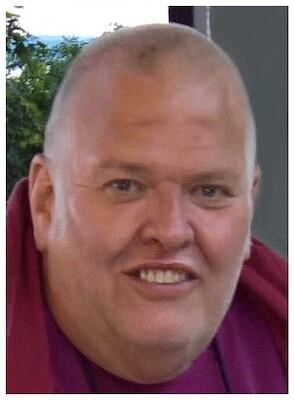 Bill's first job was a mechanic at Ruges Oldsmobile in Rhinebeck. He also was a pressman for Mason Label Corporation in LaGrangeville, with his Dad and Grandpa. He also had worked as a Program Aide at the Deveroux Foundation, a bus driver at area schools, a taxi driver and paper delivery guy in Kingston. His favorite job was being a DJ for many social events. His DJ name was "Tiny". He also was a radio DJ,and his radio name was "Big Tiny".

Bill was well known for his sense of humor. He always was ready with a multitude of jokes to tell others, at gatherings. He loved his children and his family.

In addition to his mom, Margaret, he is survived by his sons, William F.(Jessie) Mason V of Grapeville, PA and Brandon Mason of Greensburg, PA, his grandchildren, Destanie, Brandon Jr., Aubrie and Justin, his sisters, Carol (Jim) Ransford, and Donna (Steve) Cahenzli, both of Red Hook, all his nieces and nephews, his immediate family, Brian Dorval, Paul Dorval, Lisa (Robert) Wyant, along with many cousins, extended family and friends.

A Celebration of Life and Burial will be private.


Published by Poughkeepsie Journal from Oct. 16 to Oct. 18, 2020.
To plant trees in memory, please visit the Sympathy Store.
MEMORIAL EVENTS
To offer your sympathy during this difficult time, you can now have memorial trees planted in a National Forest in memory of your loved one.
Funeral services provided by:
Burnett & White Funeral Home
MAKE A DONATION
Please consider a donation as requested by the family.
MEMORIES & CONDOLENCES
Sponsored by Burnett & White Funeral Home.
0 Entries
Be the first to post a memory or condolences.