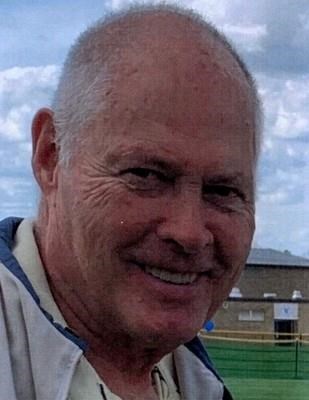 Wappingers Falls - William Joseph Schoen, aged 79, passed away on January 28, 2020. He was born in Brooklyn on March 12, 1940. Bill attended St. John's Preparatory High School, earned a Bachelor's of Science in Pharmacy from St John's University in 1961 and a Masters in Science Education in 1964. He returned to St John's Prep where he taught Chemistry and Biology from 1962 to 1968. After marrying Linda Braun Schoen, the love of his life, in 1965 the newly- weds moved to Poughkeepsie and then to Wappinger Falls, NY where Bill continued his teaching career at John Jay High School in East Fishkill from 1968 until he retired in 1995. During his tenure at John Jay HS, Bill coached football and soccer, served as Student Government Advisor, Science Olympiad Advisor, and Teacher in Charge of Science Department. Throughout these years, Bill and Linda were familiar faces at swim meets and on the ballfields of John Jay HS where their children, and later their grandchildren, played.

In retirement, Bill served on the condo boards of his Poughkeepsie, NY and Jensen Beach, Florida homes.

In addition to his wife Linda, Bill is survived by his son, Christopher Mark Schoen, his wife Jessica, and their children, Anthony, Brandon, Steven, and Cassidy; his daughter Nancy Ann Schoen, her partner Michael Vernon and Bill's brother Robert Schoen of Fishkill, NY, his nephews Rob, Bob, and niece Joy. Bill maintained many lifelong friendships resulting in an accumulation of additional "nieces" and "nephews." Bill was preceded in death by his parents, Horace and Sophie Schoen, his sister Kathleen Schoen Nougeras, sister-in-law Grace Schoen, and nephew Peter Schoen.

Bill lived a life deserving of the devotion of his beloved wife and children and the love and admiration of his grandchildren.

Visitation will be on Thursday, February 6th from 3-8pm at Miller Funeral Home at 371 Hooker Avenue in Poughkeepsie. If you wish to send an online condolence please visit our website at www.wmgmillerfuneralhome.com

Note: If you wish to make a donation in Bill's name please consider Treasure Coast Hospice. Their mailing address is 1201 SE Indian Street, Stuart, FL 34997. (Write Bill Schoen's name in the memo line.) If you wish to send an online condolence please visit our website at www.wmgmillerfuneralhome.com

My heart-felt sympathy and prayers are with you all.
May you each find peace and comfort.

Nancy (Clerici) Lynam
Nancy Lynam
February 5, 2020
Mr. Bill,
God bless you and the Wonderful son and daughter you and your wife allowed us to meet years ago.

Your compassion and dedication as a family man, father, grandfather and friend will never go unnoticed.

Thank you for being a major cog in the Schoen/Jlamando SSLAM wagon wheel!