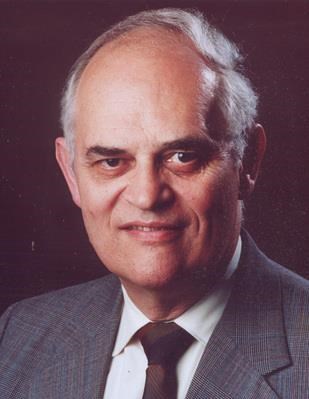 Wappingers Falls - William Yeaton Stevens, 86, died on January 12, 2018 at Vassar Brothers Medical Center of complications following a fall. The son of Philip and Eleanore Stevens, Bill was born in South Portland, Maine, on November 5, 1931. He attended South Portland schools and graduated from South Portland High School in June 1949 as Valedictorian of his class. Always inclined towards science and technology, he went on to receive a BS in Physics from Bates College in 1953, and MS and PhD degrees in Engineering Physics from Cornell University in 1955 and 1958.

Immediately after completion of his doctorate at Cornell, Bill joined IBM in Poughkeepsie, NY, where he continued to live and work for the rest of his life, retiring from IBM with the rank of Senior Engineer in May 1993 after nearly 35 years of service. His career at IBM was primarily in the area of system design and architecture of mainframe computers, serving in both staff and management positions. His initial assignment was in the system architecture group for Stretch, an early IBM supercomputer. He was later in a similar group that designed the System 360, which became IBM's dominant mainframe system and is still the design basis for their large server computers. He was the manager of the microprogram control system of the mid-size System 360, Model 50.

It was while on temporary assignment in 1964 to the IBM Development Laboratory in Hursley, England, that Bill met his future wife, Gwendolyn Hamilton, who was travelling on summer vacation from her teaching position in the Music Department of Vassar College. They were married on June 18, 1966, in Pleasant Valley, NY. They had two children, Emily Stevens of Atlanta, GA, and Guy Stevens of Washington, DC. They have one grandson, Oliver Stevens, also of Washington, DC.

Never inclined to pursue prominence in his professional field, Bill devoted much of his energy and spare time to various forms of community service. In high school and college he had been interested in theatrical lighting, so shortly after settling in Poughkeepsie he sought out the newly formed County Players, which he later served as President.

A long standing interest in firefighting techniques led him to join the New Hamburg Fire Department as a volunteer. There he later served both as Fire Chief and as Chairman of the Board of Fire Commissioners. He had earlier been a volunteer with the Sloper-Willen Ambulance Service.

Bill's wife Gwen had often organized chamber music sessions in their home, and later established Patrons for Young Artists, a group that sponsors concerts by budding professional musicians in various homes. Gwen had wanted to expand this to include performances available to the general public. So, just as Bill was retiring from IBM, they founded the Howland Chamber Music Circle in Beacon. Gwen served as Music Director and Bill as Concert Manager. This turned out to be a very successful enterprise that, with the help of many others, has become a leading cultural organization in the area. After devoting much of his retirement time and energy to it for 23 years, in 2016 they relinquished their positions for others to carry the organization forward.

In lieu of flowers the family requests donations in his name to Hudson River Housing or the American Friends Service Committee.

Arrangements are under the direction of Straub, Catalano & Halvey Funeral Home, 55 East Main Street in Wappingers Falls. To send the family a personal condolence, please visit our website at www.StraubCatalanoHalvey.com.

To plant trees in memory, please visit our Sympathy Store.
Published by Poughkeepsie Journal on Jan. 15, 2018.
MEMORIAL EVENTS
No memorial events are currently scheduled.
To offer your sympathy during this difficult time, you can now have memorial trees planted in a National Forest in memory of your loved one.
Funeral services provided by:
Straub, Catalano & Halvey Funeral Home
MEMORIES & CONDOLENCES
Sponsored by Straub, Catalano & Halvey Funeral Home.
6 Entries
The news of Bill's passing came as a great shock to all of us. We would like Gwen to know that our thoughts are with you and your family at this sad time.
If there is anything we can do please don't hesitate to let us know.
Jean and Lo-Soun Su
January 21, 2018
We were very saddened to hear about Mr. Stevens' passing from my dad. It's been many years since I took piano lessons from Mrs. Stevens but I still have memories of how gentle and welcoming Mr. Stevens always was. Our thoughts are with the Mrs. Stevens and the family.
Eric Su
January 16, 2018
So sorry to hear of Dr. Steven's passing. He has left an enduring legacy, especially with the establishment of the Howland Chamber Music Circle. So grateful I came to know him. My sympathies to Gwen and the family.
Kelly Ellenwood
January 16, 2018
So sorry to hear of Mr. Stevens passing. Mrs. Stevens, Emily, Guy please know that you are in my prayers. I have such nice memories of babysitting for your family Mrs. Stevens.

-Debbie Hamilton
Debra Hamilton-Deleno
January 16, 2018
So sorry. I will remember Bill as a very fine fellow and a super community contributor. At Howland Cultural Center, we are grateful for his work in bringing great music for many listeners. Our sympathies are with Gwen and the family.
Craig Wolf
Friend
January 15, 2018
To Bill's family, sorry for your loss. Jeremiah 29:11 assures us that God is thinking thoughts of peace towards us, to give us a future and a hope, may that bring you comfort at this difficult time.
January 15, 2018
Showing 1 - 6 of 6 results