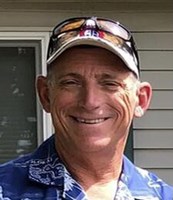 BORN
1958
DIED
2021
FUNERAL HOME
Law-Jones Funeral Home Eastland - Lanark
114 E. Illinois Rt 64
Lanark, IL
MSG (Ret.) Daniel 'Dan' C. Davis
Born: July 30, 1958
Died: September 16, 2021
MSG (Retired) Daniel "Dan" C. Davis, of Earlville, IL, formerly of Lanark, IL, passed away Thursday, September 16th, at his home surrounded by his family.
The funeral service was Thursday, September 23rd, 2021, at the Law Jones Funeral Home in Lanark. Burial was at the Rock Island National Cemetery.
Dan was born July 30th, 1958, son of Carl and Jeanette (Elliott) Davis. Dan's family moved around northern Illinois, but eventually settled in Chadwick, IL. Dan attended Chadwick High School, where he met the love of his life, Linda Fisher. The two were high school sweethearts, and soon after graduating, became married. Together Dan and Linda raised three children and celebrated 42 years of marriage.
After high school, Dan joined the United States Army as an Infantryman and was assigned to the 82nd Airborne Division, Fort Bragg, North Carolina. Dan served many assignments while serving, to include tours at Fort Benning, GA, Schofield Barracks, HI, and Camp Walker, Korea. Notably was Dan's time serving as a "Black Hat" with the 507th Parachute Infantry Regiment, training Paratroopers and Jump Masters on the proper execution of airborne operations, in addition to his service during Gulf War as a Platoon Sergeant with 82nd Airborne, 504th Parachute Infantry Regiment. Dan culminated his career as a Master Sergeant and 20 years and 22 days of service. The 82nd Airborne fostered Dan's abilities to be a great leader and teacher, traits he would carry for the rest of his life and pass down to his three children. All of whom served their country in the United States Army.
After Dan retired from the Army, the Davis family moved back to Carroll County, where Dan began working for Carroll Service Company, Farm Systems. He used his experience in safety and being a teacher in a new profession and found ways to continue his role as a leader. Dan worked for Carroll Service Company for 20 years, retiring in 2019.
When Dan wasn't working, he most enjoyed spending time with his family. Whether it was a bike trip on the Gold Wing or "Glamping" in the family RV, Dan was happiest in the company of those he loved. Dan especially loved being a grandfather. His grandchildren became the center of his life. They brought both himself and Linda enormous amounts of happiness and joy.
Dan will be dearly missed by his wife, Linda Davis of Earlville, IL; three children, SGT (Veteran) Michelle (Don) Zdan of Montgomery, IL, CW3 (Retired) Shawn (Lauanda) Davis of Kihei, HI, MAJ Daniel (Valerie) Davis Jr. of San Antonio, TX and seven grandchildren, Gage, Olivia, Ethan, Deanna, Sophia, Levi and Luke; one brother, Keith Davis of Bluff Dale, TX; and two sisters, Janet (Tom) VanFleet of Rhome, TX, and Mary Rohrer of Lemont, IL.
Daniel is preceded in death by his parents, Carl and Jeanette; parents-in-law, Donald and Alta Fisher; and his brother, Gregg.

Published by Prairie Advocate from Sep. 20 to Sep. 29, 2021.
To plant trees in memory, please visit the Sympathy Store.
MEMORIAL EVENTS
To offer your sympathy during this difficult time, you can now have memorial trees planted in a National Forest in memory of your loved one.
Funeral services provided by:
Law-Jones Funeral Home Eastland - Lanark
MAKE A DONATION
MEMORIES & CONDOLENCES
Sponsored by Law-Jones Funeral Home Eastland - Lanark.
1 Entry
It was truly a pleasure to see Dan and Linda the many times they were here at Shabbona Creek RV. The world in which all live lost a great soul. The one thing that will live with me forever is Dan's positive mental attitude toward everything . Our Sympathy to the Entire Davis Family.
Tom Enyeart
Friend
September 23, 2021
Showing 1 - 1 of 1 results