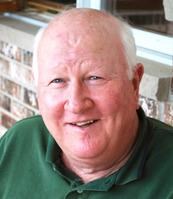 BORN
1943
DIED
2021
FUNERAL HOME
Burke-Tubbs Funeral Home - Freeport
504 N. Walnut Street
Freeport, IL
James Edward Brennan
Born: January 22, 1943 in Sioux City, IA
Died: September 26, 2021 in Freeport, IL
James Edward Brennan, 78, of Freeport, died September 26, 2021, at home surrounded by family. He was born January 22, 1943, in Sioux City, Iowa to Robert Kirby and Theresa Adelia (Nooney) Brennan.
Educated in Catholic Schools, he graduated from Aquin High School in 1961. His first love was football and he excelled as a full back, leading the Aquin Bulldogs to a perfect season in 1960 and won the conference Crown. He went on to be awarded All Conference, All State, and All American. He was being signed into Notre Dame when on a wintry, March 1961 morning his life would change on an Icy bridge near Pearl City, IL. He would endure 8 years of surgeries then joined his dad to work at Brennan Cattle Company. Jim would spend his entire career in the cattle/ranching business until his retirement in 2006 when he sold the business.
Jim was a proud member of Knights of Columbus Council 12841 Shannon as a 4th Degree Knight and served as Grand Knight from 2013-2014. He was an active member of St. Wendelin Church Shannon, IL since the early 1970's. He served on the St. Wendelin building committee and was a member of the finance counsel. Jim was also a member of the Fraternal Order of Eagles.
Jim is survived by: his wife Connie (Heimann) Larson who he met and later married in 1987 in Shannon, IL. In December 2021 Jim and Connie would have celebrated their 34th wedding anniversary. He is survived and blessed by his children: Natalie (Michael) Hoffmann of East Dubuque, IL; Stacey May of Dubuque, IA; Rae (Andrew) Bardell of Shannon, IL; Matthew (Layla) Brennan of Rockford, and Connie's sons Chad (Christie) Larson and Chris (Shelley) Larson both from the Springfield, IL area. He is also survived by his brother Tim (Hilary) Brennan of Aurora, IL. and his grandchildren: Nicholas (Kaylyn) Hoffmann of Dubuque, IA; Matthew Hoffmann of Chicago, IL; William Hoffmann of E. Dubuque, IL; Zachary and Zoey May of Dubuque, IA; Erin & Paige Bardell of Shannon, IL; Oliver Brennan of Rockford, IL, and Samantha and Joshua Larson and Alexander (Stephanie) Larson all from Springfield, IL area. Survived by one great grandchild Sophia Larson.
He was preceded in death by parents Bob & Theresa Brennan and his daughter Jill Brennan.
Funeral Service will be held at 10:30am at St. Wendelin Catholic Church, 10 South Linn Street, Shannon, IL on October 2, 2021. Friends may call from 4-7pm at Burke-Tubbs Funeral Home October 1, 2021, on the corner of Walnut & Galena Street, Freeport. Rosary will be recited at 7pm. Reverend Michael Bolger will officiate. Burial will be in Calvary Cemetery Stephenson Street, Freeport.
Memorial has been established for Jim Brennan at Aquin Catholic High School and St. Wendelin Catholic Church Building Fund.
The family would like to thank some special people that were a huge support to Jim in his final months: Gina Mitchell for exceptional care and for Christie Larson for your love and support and such great care.
Published by Prairie Advocate from Sep. 27 to Oct. 6, 2021.
To plant trees in memory, please visit the Sympathy Store.
MEMORIAL EVENTS
To offer your sympathy during this difficult time, you can now have memorial trees planted in a National Forest in memory of your loved one.
Funeral services provided by:
Burke-Tubbs Funeral Home - Freeport
MAKE A DONATION
MEMORIES & CONDOLENCES
Sponsored by Burke-Tubbs Funeral Home - Freeport.
2 Entries
Saddened to read about Jim's passing. i was in school with Jim from 3rd grade until our junior year in Aquin. he was always fun to be around and will be missed --
John De Tellem
September 29, 2021
My dear friend Connie. Although words seem to inadequate at this time of sorrow, may you find comfort in knowing that others care, and are thinking of you. So enjoyed meeting, and visiting with Jim at our reunion.
Marcia Glascock
Friend
September 27, 2021
Showing 1 - 2 of 2 results