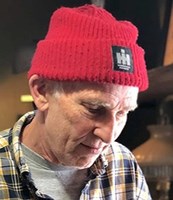 BORN
1950
DIED
2021
Randall Welp
Born: January 21, 1950
Died: October 12, 2021
Randall Welp passed away October 12th, 2021, following an extended illness.
Born on January 21, 1950, to Delmer and Wilma (Dennis) Welp, Randy grew up on a farm east of Lanark and attended Lanark High School, graduating with the class of 1968. He graduated from Northern Illinois University, lived for a time in California, and then returned to Lanark. Upon his return Randy opened a restaurant in downtown Lanark for a short while, then became a teacher for the Pearl City School District in the' 80s. He was a well-respected teacher, librarian, speech coach, and theater director. During this time, he earned a Master's Degree in Communications from NIU. Randy was instrumental in beginning a speech and theater co-op with Pearl City School District and Eastland High School, providing hundreds of students from both schools with invaluable opportunities. Randy believed in the excellence of youth and knew how to extract it.
Speech Team members will fondly remember his plastic bag luggage, extra neckties for young men who showed up without them, and his absolute insistence on timeliness. All of his students (and colleagues) benefited from his accurate and abundant constructive criticism!
Randy spent his retirement traveling to the Southwest, cooking dinners for his friends as long as they didn't dawdle after dessert. Randy enjoyed antiquing for treasures with his good friend Dean Lower, and he especially enjoyed arranging and selling these treasures in his antique shop, "The End of the Road" in Lanark.
Randy had a particular fondness for the works of Willa Cather, John Steinbeck, and Thornton Wilder, who wrote "The highest tribute to the dead is not grief but gratitude." Those who knew Randy are grateful for his fairness, honesty, loyalty, and his tireless efforts in teaching and mentoring students. He had a green thumb, and despite his outwardly gruff demeanor, a good and generous heart.
Randy will be dearly missed by his good friend, and plus one, Deana Janssen; his sister, Rozalyn Rowley; and two nieces, Angela (Matt) Lydon-Strand and sons Hunter and Hudson, and Elizabeth (Josh) Rhodes and children Taylor, Tyler, and Madyson. Randy is preceded in death by his parents, Delmer and Wilma.

Published by Prairie Advocate from Oct. 15 to Oct. 27, 2021.
To plant trees in memory, please visit the Sympathy Store.
MEMORIAL EVENTS
To offer your sympathy during this difficult time, you can now have memorial trees planted in a National Forest in memory of your loved one.
MAKE A DONATION
MEMORIES & CONDOLENCES
2 Entries
Randy, I loved you..I wish I could have spoken with you once again. You were special, and your students were so lucky to have had you as their teacher. Rest In Peace.
Janet Nehrkorn Howard
October 27, 2021
I had Mr. Welp from 7th grade through high school. He was an excellent teacher. I will always remember his style of teaching he was the first teacher to make literature come alive. I can still remember and reread many of the books he introduced me too. My prayers for his family.
Krista Lott Braden
School
October 15, 2021
Showing 1 - 2 of 2 results