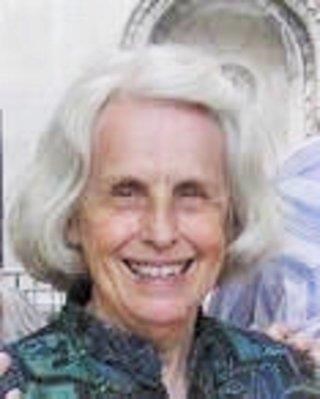 Gloria was born on July 18, 1933, in Davenport, Iowa, to Lawrence Emil and Evelyn (Arp) Bein. She lived in Davenport until the age of five, when they moved to the family farm in Scott County, Iowa. She attended Blue Grass #5, a one-room schoolhouse, after which she attended Davenport High School, graduating in 1951. While she loved the farm, she also had a strong sense of adventure and a dedication to helping others. She attended nursing school at Michael Reese Hospital in Chicago. After receiving her nursing diploma in 1954, she traveled around the state of Iowa recruiting nursing students for Michael Reese. She married William G. Neckerman, Jr. in 1955 and lived in New Jersey and South Carolina before settling in Charlotte, N.C., where they raised three daughters. Wanting to go back to paid work after taking time off to raise a family, Gloria began taking classes at Queens College in Charlotte, earning a bachelor's degree from Queens College in 1977. She worked at Queens for several years, as well as at Central Piedmont Community College. In 1983, she embarked upon graduate studies at the University of North Carolina at Chapel Hill, earning her master's degree in Speech Communication in 1985. In 1986, she returned to Iowa, where she served as the executive director of the Project on Rhetoric of Inquiry at the University of Iowa. In 1998, Gloria moved back to the East Coast, settling outside the city of Richmond, Virginia, near her middle daughter, Ann, and her family. She spent her time working as a guide and doing research at the John Marshall House. In 2012, she moved to Atlanta, Georgia, to live with her daughter Holly and her family. Throughout her life, in her studies, work, and volunteer activity, Gloria expressed her love of history, literature, and the arts. She will be remembered for her smile, her love of words, reading, and writing, and her compassion and generosity.

The memorial service will be held in Durant, Iowa; the date is pending. In lieu of flowers, memorial donations may be sent to the Fourth Street Foundation, 267 West Wieuca Road NE, Suite 201, Atlanta, GA, 30342. This foundation is affiliated with the Fountainview Center for Alzheimer's Disease. The staff at the Center provided Gloria with loving care and support in her final years.


Published by the Iowa City Press-Citizen from Feb. 20 to Feb. 21, 2020.
To plant trees in memory, please visit the Sympathy Store.
MEMORIAL EVENTS
To offer your sympathy during this difficult time, you can now have memorial trees planted in a National Forest in memory of your loved one.
Funeral services provided by:
Bentley Funeral Home - Durant - Durant
MAKE A DONATION
MEMORIES & CONDOLENCES
Sponsored by Bentley Funeral Home - Durant - Durant.
2 Entries
I was curious about a student I once taught in my fifth grade class - Holly Neckerman - and ran across this message of passing. It is those special students that cause a teacher to reflect on a career in education. 38 years, but at the top of the class was/is Holly Neckerman. I will always believe that apples do not fall too far from the tree... God´s Grace upon the Neckerman Family... Paul Buchanan, Harrisburg, NC
Paul Buchanan
Friend
October 28, 2021
Katy was my boss at POROI about 1990. She had so much energy, so much creativity. Though I havent kept in touch, I have always thought of her with great respite and appreciated the natural teacher she was, as I learned so much from her. My deepest sympathy to all her family. Do you have a date for the service at Durant?
Judy Terry
Friend
February 24, 2020
Showing 1 - 2 of 2 results