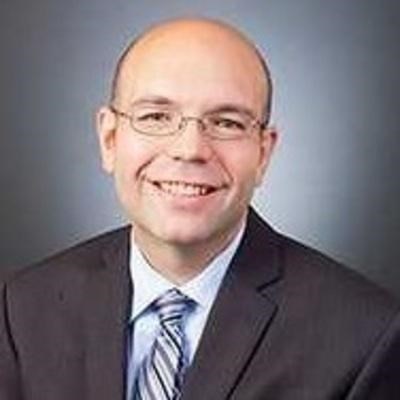 Aaron Thomas Daggy, 39, of Endicott, passed away suddenly at home on Monday, December 7, 2015. Aaron was born January 2, 1976 in Indianapolis, IN. He grew up in Carmel, IN, graduating from Brebeuf Preparatory High School. Aaron was a graduate of Case Western Reserve University, and he received his Doctorate of Medicine from Indiana University Medical School. He was a Board Certified Emergency Medicine Physician graduating residency from the University Of Pittsburgh School Of Medicine. He also trained with STAT MedEvac as a flight physician. Aaron married Bridgett C. Kilmer on September 9, 2008. They have three children, Eli, six, and twins Owen and Willow, seven weeks. Aaron was employed as an Emergency Medicine Physician for United Health Services. He also served as the Medical Director for Tioga County, Vestal Volunteer Emergency Squad, Superior Ambulance Service, Candor Emergency Squad, Chenango Ambulance and Fire Department, and Northern Tioga. He was a volunteer firefighter currently serving West Corners Fire Department. He was previously a member of the Candor Fire Department and Fort Allen Fire Department in Greensburg, PA. Most fire fighters and EMT's want to become doctors, but Dr. Daggy's passion was firefighting. Aaron enjoyed spending time with his family and especially delighted in teaching his son, Eli, everything there was to know about fire trucks. He was an avid fisherman throughout his life and loved to kayak. He was an amateur arborist who was in the process of establishing an apple orchard on his property. He and his father-in-law grafted and planted entire orchards in Hamden, NY and Candor, NY. Aaron will be sadly missed. He is survived by his wife, Bridgett; sons, Eli and Owen; and a daughter, Willow; mother, Patricia L. Daggy and Herbert Schoenberg of Boonton, NJ; brother, Paul and Meg Daggy of Mountain Lakes, NJ; parents-in-law, Richard and Cecelia Northrup of Walton and Ryan and Beverly Kilmer of Hamden; sisters/brothers-in-law, Melissa and Gregory Amerson of Laurens, Janelle and Waylon Morrell of Franklin and Matthew and Naomi Northrup of Walton; several nieces and nephews, Peyton and Finn Daggy, Stella and Piper Amerson, Aron Northrup, and Aidan, Lily, and Flynn Morrell; and many aunts, uncles, cousins, friends and colleagues. He was preceded in death by his father, Niles C. Daggy. Calling hours will be Thursday, December 10th from 5 p.m. to 8 p.m. Funeral services will be at 11:00 a.m., Friday December 11, at the Allen Memorial Funeral Home in Endicott. Burial will be in the Hamden Cemetery, Hamden, NY at 2 p.m. on Friday. Contributions may be made to a trust fund established at Tioga State Bank, P.O. Box 125, Candor, NY 13743 made payable to Bridgett Daggy for their children. Memorial contributions may also be made to the fire department of your choice in Aaron's memory.

Published by Press & Sun-Bulletin from Dec. 8 to Dec. 10, 2015.
To plant trees in memory, please visit the Sympathy Store.
MEMORIAL EVENTS
To offer your sympathy during this difficult time, you can now have memorial trees planted in a National Forest in memory of your loved one.
Funeral services provided by:
Allen Memorial Home - Endicott
MAKE A DONATION
MEMORIES & CONDOLENCES
Sponsored by Former student to Aaron's mom who was from Carmel IN..........
53 Entries
I remember you and always will. A true healer, friend, and kind heart. Peace to your family.
Olwen Searles
December 2, 2021
You and your family are still in my thoughts. Wishing you a peaceful holiday season.
Olwen Searles
Coworker
December 2, 2020
I thank all of you for your memories of my son. His loss is felt everyday and yet . . . .my pain is softened by knowing how he touched the lives of so many in the short life that he was given.
December 5, 2019
I still think of Aaron and have fond memories of working with such a dedicated and warm professional. His care of my Mother-in-Law was impeccable and honest. His family will never not feel his loss but I know they are extensions of his legacy.