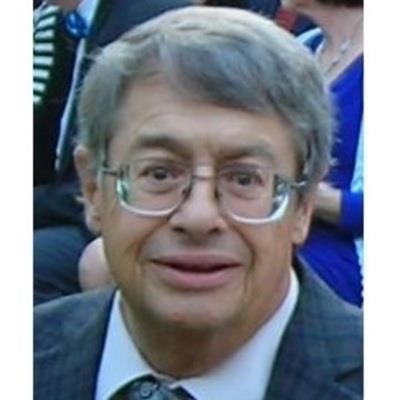 Donald M. Rumrill, 68, of Apalachin passed away on July 16, 2016 after a long, difficult fight against cancer. Don grew up in Gloversville, NY and then graduated from St. Lawrence University with a B.S in Physics. Spending time outdoors was an important part of his youth from becoming an Eagle Scout to climbing, fishing, canoeing and skiing in the Adirondacks. At Gloversville HS, his ski team went to the State Championships in 1964. Don continued to test his mettle in numerous other competitions, most notably in the 1991 General Clinton Canoe Regatta 70-Mile Race, in which he and partner, Harold Eustace, placed first in their division. His love of boating also led him to volunteer designing training equipment for US Olympic Rowing and then taking leadership roles with Hiawatha Rowing Club in Owego, NY. Don was proud of his achievements as an aerospace engineer. As part of his work with Teledyne Gurley, General Electric, Lockheed Martin, BAE Systems, and Avnet, he developed flight control computer technology for military and commercial aircraft, including the V-22 Osprey and Airbus, and for NASA missions. When he put down his slide-rule for the day, he would pick up his bagpipes. He joined the Broome County Celtic Pipe and Drum Corp in 2004 and practiced assiduously, much to the chagrin of his beloved dog Josie. With BCCP&D, he traveled to Savannah, Ga. and New York City to participate in celebrations and parades, as well as piping for local events. Don loved the excitement, the noise, and the joy that the bagpipe players bring with them wherever they go. For a quieter change of pace, Don enjoyed woodworking and engaged in amateur astronomy, submitting photos taken through his telescope to further the study of the solar system, the galaxy, and beyond. He was also an experienced sailor and applied his analytical mind to US Sail and Power Squadron Navigation courses. Don also held a private pilot's license. When Don was diagnosed with cancer in 2014, he maintained a positive outlook, taking trips with his wife, daughter, and friends between treatment sessions. He was beloved by the staff at the Dana-Farber Cancer Institute in Boston and known there for his storytelling and conviviality. Don is predeceased by his parents Donald A. Rumrill and Mary C. Rumrill. He is survived by his wife Lynn Anstey, his daughter Jane Rumrill, his sister Barbara Dahn and her sons, Curtis Rumrill and Tristan Dahn, his brother-in-law, Roderick Anstey with his wife Francine and their children, Amy Quinn, Jonathan, Neil and Robert Anstey and their spouses. His family would like to thank Dr. Haq, the medical staff at Guthrie Robert Packer Hospital and at Dana-Farber Cancer Institute for their kindness and dedication to cancer treatment and research. In lieu of flowers, gifts may be made in memory of Donald Rumrill to support cancer research and patient care at Dana-Farber Cancer Institute, P.O. Box 849168, Boston, MA 02284 or via www.jimmyfund.org/gift. The family will receive friends at the Allen Memorial Home, 511-513 E. Main St., Endicott on Thursday from 3:30-5:30 pm followed by the Funeral Service at 5:30 pm.

Published by Press & Sun-Bulletin from Jul. 18 to Jul. 20, 2016.
To plant trees in memory, please visit the Sympathy Store.
MEMORIAL EVENTS
Jul
21
Calling hours
3:30p.m. - 5:30p.m.
Allen Memorial Home - Endicott
511-513 East Main Street, Endicott, NY
Jul
21
Funeral service
5:30p.m.
Allen Memorial Home - Endicott
511-513 East Main Street, Endicott, NY
Funeral services provided by:
Allen Memorial Home - Endicott
MAKE A DONATION
MEMORIES & CONDOLENCES
Sponsored by the Binghamton Press & Sun-Bulletin.
23 Entries
Lynn and Jane, I was so sorry to hear of Don's passing. My heart goes out to you. I will always remember Don's long tales and his sense of humor!
Bonnie Babbitt
August 15, 2016
Lynn and Jane ~ Im so very sorry for your loss . My love , hugs and prayers are being sent your way .
~Love, Karen Rose ~
July 25, 2016
Bill And I were saddened to learn of Don's passing. Condolences to you and your family. What a wonderful man!
Elizabeth Hayden
July 22, 2016
Lynn, Bill and I just learned tonight of your beloved Don's passing. We learned so much about him through the obituary. Find peace in knowing he is 'free' now - we are sure there was a lot more he wanted to accomplish.
We with each passing day you will find comfort in the love you shared knowing he is free of all the suffering.
Sincerely'
Gae and bill
Gae Riddleberger
July 21, 2016
Lynn, I was sorry to read of the passing of Donald. I know this has been a long and difficult time, but you both pressed ahead anyway. Sincere Condolences.
Pamela Cardone
July 21, 2016
I am so sorry to hear of Don's passing. We worked together at GE/BAE Systems for many years. He always had a smile on his face and a good story to tell.
Jim Turner
July 20, 2016
Don enjoyed life, living each moment to the fullest. Old memories of taking a ride on the local back roads, breeze in our hair and just having a good laugh in his little sports car convertible. My condolences to you, his family. He is with the stars and in our hearts.
Linda Straubinger
July 19, 2016
Lynn,

So sorry to learn of your loss. Don was a genuine and kind soul. Wishing you and your family peace, strength and a lifetime of comforting memories.

Melody Fissel
Melody Fissel
July 19, 2016
Donnie was my roommate at St. Lawrence, he in physics and me in chemistry. We skied Whiteface and he taught me to be a better and more aggressive skier. Many pleasant conversations about science. A pleasure to be around. Ran into him at The Lumberjack festival in Deposit a few years ago. Gone too soon.
Robert Ingalls
July 19, 2016
Rest in piece cousin. Sending prayers to your family.
Susan Smith Barth
July 19, 2016
In my thoughts and prayers.

Alison Smith Snyder
Alison Smith Snyder
July 19, 2016
I have many memories of wild and crazy trips back and forth to St. Lawrence University in the purple plum late night during the winter to and from Gloversville. I also have good thoughts on our days as Scouts. What a good person and my condolences to the family.
Larry Finkle
July 19, 2016
So sorry to hear of Don, Lynn. I loved reading your obituary and learning about the things he had done in his - very full sounding - life. I always enjoyed seeing and speaking with him at our parties.
My thoughts are with you today and I want to extend my sincere condolences on your loss.

Deb
Deb Stephens
July 19, 2016
I am very sorry to to learn of Don's passing. I have many happy high school and Boy Scout memories of time spent with Don and am deeply saddened. May God bless all of you and comfort you during this difficult time.
Sincerely,
Howard Lustig
Howard Lustig
July 18, 2016
My sympathy goes out to Lynn and her family. Don was a Co-Worker at BAE and helped me get a job at Avnet. I can't thank him enough for all the things he did for me. He will be greatly missed.
John Keefe
July 18, 2016
So sorry to hear about Don's passing. I enjoyed working with him at BAE. My thoughts are with his family.
Jim Soule
July 18, 2016
Lynn and family,

We are so sorry to hear about Don's passing. May your cherished memories get you through this difficult time. God bless you and your family.

So very sorry to hear of Don's passing. I only met him a couple of times, but could see his devotion to you and family. Please accept my sincerest condolences and I hope the memory of all your adventures keeps your spirits up.

Julie Mroz
Julie Mroz
July 18, 2016
Lynn, I am so sorry to hear of Don's passing. My thoughts and prayers go out to you and your family.
Gloria Newman
July 18, 2016
Lynn and family, my sincerest condolences for your loss. Don surely packed a lot of living into his all-too-short life!
Barb Gordon-Craig
July 17, 2016
Marj Rumrill Jones
July 17, 2016
When I was a student at Russell Sage College in Troy, Donnie and I used to make frequent trips to Saratoga and the "fun" places in the Albany/Troy area.

I especially remember being in House of Pizza with my family and sister Pat. All of the sudden I heard a male voice say "That sounds like Cousin Marjie". Dons back was to me, but when he turned around, I knew exactly who it was.

He was such a wonderful friend and a dear cousin, I will miss him very much.

Our thoughts and prayers go out to his family and friends.

We all have many happy memories that will help us through this difficult time.