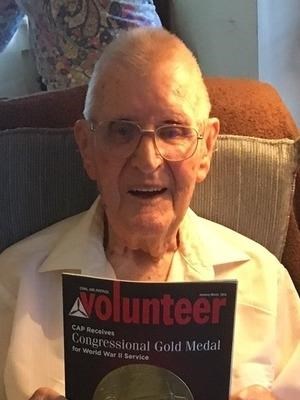 Frank attended a one-room school before joining the Bainbridge Central School Class of 1932. In addition to the usual chores of the day, Frank took on extra assignments at school and was a Lone Boy Scout, his father being his Scout Master. He worked in his father's business, Tri-Co Handle and Lumber Co in Sidney, after school from the time it started in 1931. After graduation, Frank worked there full time under the tutelage of partner EC Burdick. In addition to learning how to make handles for tools (shovels, rakes, brooms, ice picks and more), he learned how to manage the business, deal with exporters, handle customers and hire reliable employees. After the untimely death of Mr. Burdick on January 1, 1939, Frank became a partner in Tri-Co with his father. They moved the business to Bainbridge and expanded it to include sale of lumber and building supplies. In 1950, Frank became sole proprietor after his father's failing health kept him from actively participating in the business. Frank operated the business until 1968 and sold the mill in 1972. His second career was delivering propane for Tex-Gas in the local area. He retired from that job in 1978.

During World War II, Frank was a member of the Civil Air Patrol in Sidney. In addition to flying the Army Grasshopper to look for downed planes in the western Adirondacks and central New York, Frank taught meteorology and navigation to young cadets anticipating their enlistment after high school. On Veteran's Day 2017, Frank was awarded the Congressional Gold Medal for his role in the Civil Air Patrol. He accepted the medal on behalf of all the CAP members who passed away before being recognized themselves.

Frank was always interested in people. He made it a point to get to know others, especially the younger generations. He was an active member of the United Presbyterian Church in Bainbridge, a Mason for over 70 years, a member of the Bainbridge Historical Society and a volunteer in many civic and community activities. He was familiar with what his nieces and nephews were doing, and how the family was growing with great, and great-great nieces and nephews.

In addition to his parents and his wife, Frank was predeceased by his brothers and sisters-in-law, Paul and Marie Doolittle and Richard and Margaret Doolittle, sister and brothers-in-law Ruth Sheldon Hendrickson, Albert Sheldon and Robert Hendrickson, sister-in-law Olga (Lennart) Ideman, and all of the cousins of his generation. He is survived by nieces and nephews Nancy (Truman) Hall of Colorado Springs, CO, Donna (Niles) Johnson Brown of Tully, NY, Karen Champion of Madison, VA, John Doolittle of Ocala, FL, James Doolittle of Rome, NY, Fred Sheldon of California, Fern (Ralph) Henderson of Jacksonville, NC, Charles (Melanie) Sheldon of Hubert, NC, Paul (Violet) Sheldon of Lebanon, NY, David (Sharon) Sheldon of Afton, NY, Albert (Pamela) Hendrickson of Seoul, South Korea and Anne (Ron) Marble of St. Cloud, FL, and many great, and g-great nieces and nephews.

Calling hours will be Tuesday, February 27, from 4 - 7 pm at C.H. Landers Funeral Home, 21 Main St., Sidney with Masonic Services beginning at 6:45pm. A Memorial Service and Burial will be held in May 2018 and will be announced at a later date. Contributions may be made to the United Presbyterian Church of Bainbridge, NY.

The family would like to thank the neighbors and friends who so generously included Frank in their daily lives the past several years, as well as the ladies who cared for him during the last year, and Hospice of Chenango County.

Arrangements are under the direction of C.H. Landers Funeral Chapel, Sidney.