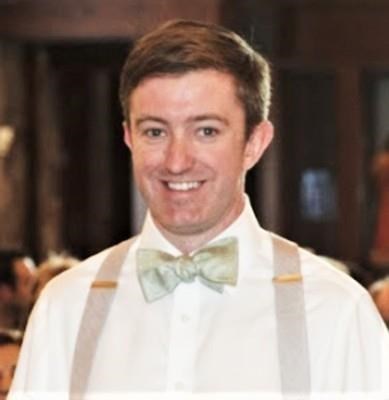 Formerly of Vestal - George John Gerner III, 30, of New York City, died on Tuesday, September 17th, 2019 at Mount Sinai in NYC with his family by his side after a courageous and inspiring 24+ month battle against Glioblastoma Multiforme (GBM). He is survived by his parents, George and Betsy Gerner, his brother, Colin, his sister, Kelly, and cousins. GJ's life will never be defined by brain cancer, but instead by what he was able to accomplish as he inspired people around the globe in his 2 years with GBM; he will forever leave a mark on this Earth. He truly won the battle and our family would like to thank his Neuro team of Dr. Hormigo, Dr. Hadjipanayis and Dr. Yeh, who truly became our family and guardian angels over the last 2 years.

George was known as many things to many people, including GJ, Geej, G-Man, GG, Georgie, first born son, big brother, cousin, friend, CPA, manager, coach, our everything. His infamous "GJ Smile" lit up the world of so many and his witty one liners could put a room of people on the floor laughing. GJ was a true friend and a gentle soul. Everyone who met him was better off for having done so, whether it be a one-time chat, or years of friendship and laughs.

He was an avid sports enthusiast and a lifelong fan of the Mets, Jets, UNC Tar Heels and Rangers. He loved the Mets Refugees Board and always seemed to win his fantasy sports leagues. Running was his true passion; he ran competitively through high school at Vestal and became a member of the sub 4 hour marathon club in 2015. He was a proud Great Dane and Delta Sig at the University at Albany. He became a high flying manager at EY, where he worked for the past 7 years in NYC. He listened to Dave Matthews Band constantly and even met his idol in 2018.

In lieu of flowers, please consider making a donation to StacheStrong to support brain cancer research and the Live Like GJ initiative.

Published by Press & Sun-Bulletin from Sep. 18 to Sep. 19, 2019.
To plant trees in memory, please visit the Sympathy Store.
MEMORIAL EVENTS
Sep
20
Visitation
4:00p.m. - 7:00p.m.
Allen Memorial Home - Endicott
511-513 East Main Street, Endicott, NY
Sep
21
Funeral Mass
10:00a.m.
St. Johns Church
1263 Vestal Ave, Binghamton, NY
Funeral services provided by:
Allen Memorial Home - Endicott
MAKE A DONATION
MEMORIES & CONDOLENCES
Sponsored by the Binghamton Press & Sun-Bulletin.
13 Entries
I recently watched a video of George and his heroic fight with Glioblastoma, on YouTube. George, you are an incredible person. Although we never met, I will never forget your story. It helps me keep fighting for my boyfriend who was diagnosed in July. Your passing will not be in vain. Rest in paradise!
Carlie
January 22, 2021
Dear Gerner family,
We are saddened to learn of Gj passing.
GJ and all of you are in our thoughts, prayers, and hearts.
The Spivak Family
Annie & Steve Spivak
September 24, 2019
Dear Bets and George, Colin and Kelly. I wish I had words that would comfort you in some way. I am so profoundly saddened by GJ's passing. I pray that you will feel his presence in the still, small ways that only God can provide to your aching hearts.

Jim, Kaitlin and Colin each join me in wishing you peace, healing and strength as you rest in the memory of dear GJ.

I am so sorry to hear of the passing of your son. You are in my thoughts & prayers.
Dana Barvinchak
September 19, 2019
George, Betsy and Family;

Rosemary & I are saddened to hear of GJ's passing. You are in our thoughts and prayers. You guys are the best five-some I ever saw.

God bless you and comfort you.

Jerry and Rosemary Ciotoli
Jerry Ciotoli
September 19, 2019
Dear Gerner Family, May the memories you hold in your hearts help to comfort you during this difficult time....most sincerely, Sophia Kenyon
Sophia Kenyon
September 18, 2019 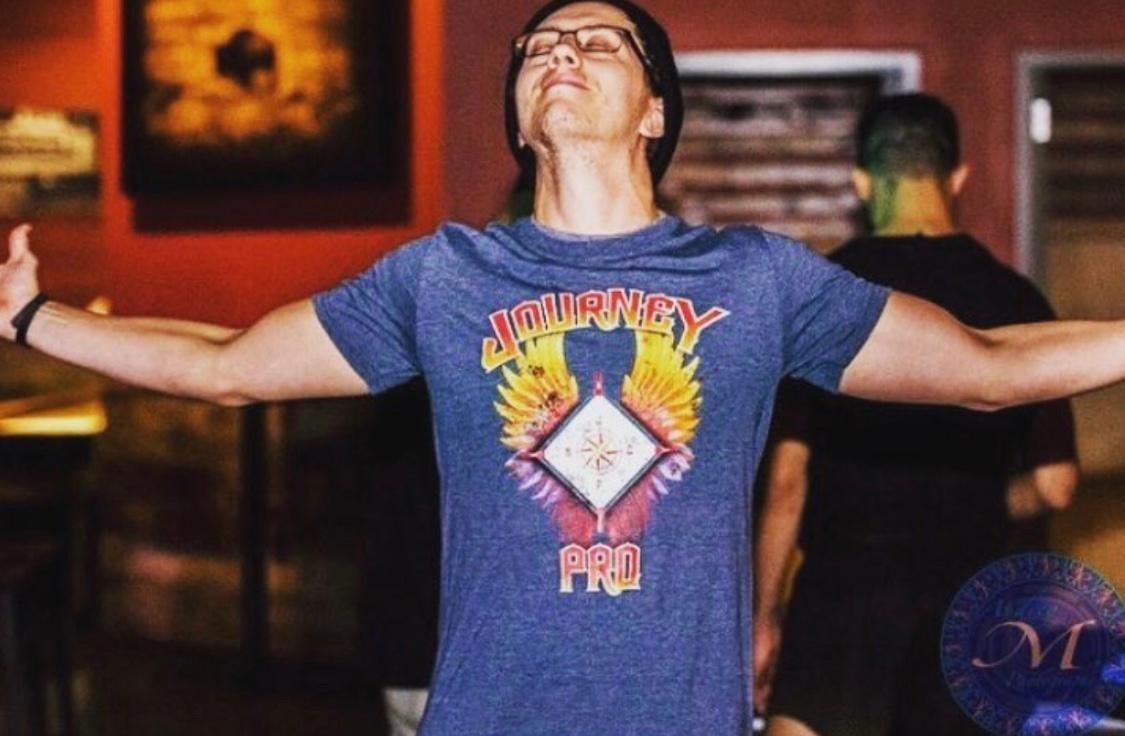 Your courageous fight with GBM will no doubt help others. I'm attaching a picture of my son who is battling the same disease. Your smile reminds me of his. Rest In Peace -
Catherine Mullen
September 18, 2019 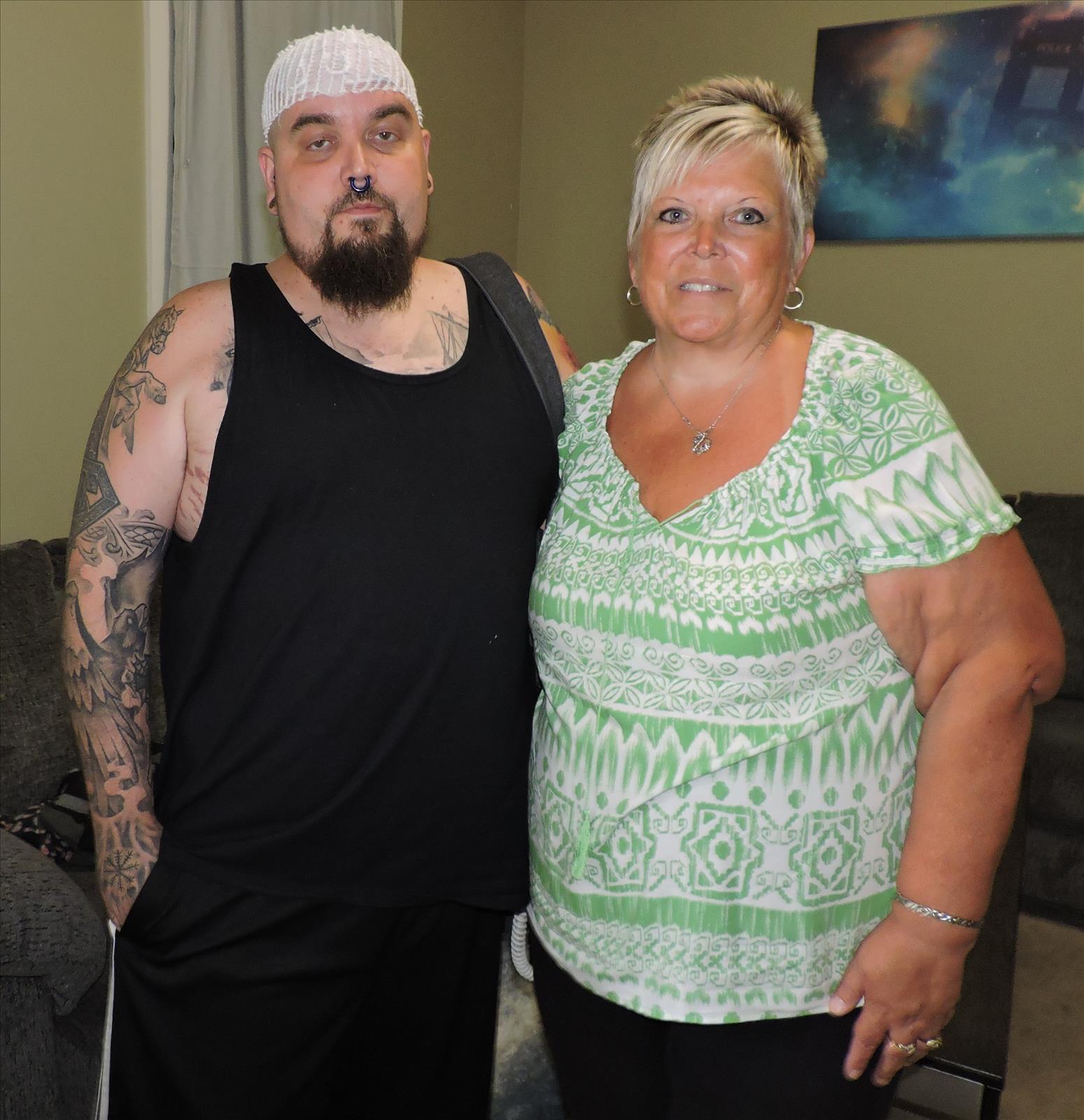 Though, I do not know , your son, nor your family. I have read of your son's passing via Face Book's Optune support page. I have a son 35 yrs who is battling Glioblastoma Grade 4 since Jan 2019. My heart breaks for you all. Words can not replace what you have lost. May your memories help you all through this very difficult time you shall endure . Please accept my deepest and sincerest sympathy to all . Lori Kidd
Lori Kidd
September 18, 2019
George, Bets, Colin and Kelly,
How blessed we were to spend time with GJ and all of you over the last 2+ years. Hold tight all the memories and know the blue-eyed, smiling and witty warrior GJ will watch over you. Heaven gained a wonderful angel.
Love,
Tim, Nancy, Drew and Kyle
The Woyteks Timber Greens
September 18, 2019
Betsy, George, Colin and Kelly,
Keeping you in our thoughts and prayers. May GJ's heartwarming smile, courage, resilience and kind heart bring you comfort as heaven gains an Angel.
Love and prayers,
Kevin and Denise
Denise Dorin
September 18, 2019
To the Gerner Family - We are sending you our sympathy, love, prayers and friendship as you say goodbye to your son and brother. May he RIP. GJ and all of you have been such role models for our family. Love, Tom, Kathy, Mike, Jessi, Dan, Jamie, Matt, Brittany, Molli, Marilyn, Will and Hudson
Tom and Kathy Brearley
September 18, 2019
A true gentleman and a wonderful person. I was honored to meet Geej and the amazing Gerner family. GJ will never be forgotten.
Muchele Ditchkus
September 18, 2019
Showing 1 - 13 of 13 results