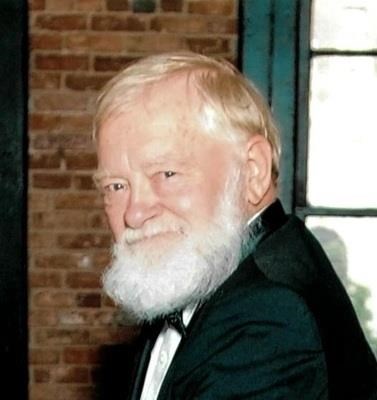 Endwell - 89, passed away peacefully with family by his side on Sunday, June 3, 2018. He was predeceased by his wife of 62 years, Rosemary Harris; his parents Henry and Iona Harris; brothers Charles, Chester and Lawrence; sisters Ellen, Ida, Florence, Joan, Alys, Wilma and Myra. He is survived by his children, grandchildren and great grandchildren Denise Russell (Steve Chambers), Daniel and Lindsay Pokorak, H. Thomas (Geri) Harris, Jr., Tom (Stefanie Perillo) and Tori, Valerie (Don) Bosket, Erin (Neal) Chapman, Malloy and Rex, Paddy (Andrea) Bradley, Lori (Morgan) Thurston, Sam and Max, Amy (Tim) Zavaski, Susan (Rob) Dracker, Kassie Elliott, Dakota. He is also survived by his sister Myrna (Stan) Sprague; brother Gerald (Sue) Harris; brothers in law Ronald (Carole) Base, Gene Thomas, Louis Paglia; sisters in law Agnes Verry, Jane Harris, Sandy Saccoccio; many nieces and nephews. Henry (Hank) grew up in Endwell, NY. He graduated from Union-Endicott where he excelled at both football and track. He played semi-pro football for the Northside Social Club. He served in the United States Army during the Korean Conflict. He worked and retired after 30 years at IBM and went on to work the 20/80 plan at the Hilltop Retirement Center. He was an honorary member of the OL Davis Fire Company/Endwell Fire Department and was a member of the American Legion, Post 82. Other jobs included being a handyman, babysitting his grandchildren and working as Santa Claus where he entertained many wishful children over the years. Hank enjoyed reading, doing crossword puzzles, gardening, cooking and vacationing at Rehoboth Beach, Delaware. His biggest joy in life was spending time with his children, grandchildren and great grandchildren. Hank is now reunited with his loving wife, Rosemary, whom he dearly missed. The family would like to thank the staff in the Wilson ICU and South Tower 5 for the compassionate care given to their father during his brief stay. A Memorial Service will be held on Sunday, at 4:00pm, at the Barber Memorial Home, Inc., 428 Main St, Johnson City. The family will receive friends on Sunday from 1:00pm until the time of the service at the Barber Memorial Home. In lieu of flowers, donations can be made to the OL Davis Fire Company, 3508 Country Club Road, Endwell, NY 13760.

Published by Press & Sun-Bulletin from Jun. 7 to Jun. 9, 2018.
To plant trees in memory, please visit the Sympathy Store.
MEMORIAL EVENTS
Jun
10
Visitation
1:00p.m. - 4:00p.m.
Barber Memorial Home, Inc.
428 Main Street, Johnson City, NY
Jun
10
Memorial service
4:00p.m.
Barber Memorial Home, Inc.
428 Main Street, Johnson City, NY
Funeral services provided by:
Barber Memorial Home, Inc.
MAKE A DONATION
MEMORIES & CONDOLENCES
Sponsored by the Binghamton Press & Sun-Bulletin.
10 Entries
May the God of all comfort sustain your family during the days ahead Psalms 119:76
June 12, 2018
Dear Val and family,
Hank was a good guy who I remember fondly at Hilltop. God bless,
Rev Janet Abel
Janet Abel
June 12, 2018
Dear Tom, Valerie,Denise & families,
So sorry for your loss. Your Dad was a great guy. Keeping you in our thoughts and prayers.
Love, Howard & Barb
Barbara Enkling
June 9, 2018
Tom: My Condolences at your time of Loss. Sincerely: Joe Mckay
Joe McKay
June 9, 2018
You and your family have my deepest sympathy.
God Bless you
Marilyn Tomasky
June 9, 2018
Denise and family, I am sorry for your loss. May
special memories of your father help ease your grief.
Martha Orr
June 8, 2018
Please accept my deepest sympathies.
June 8, 2018
Tom, Geri & Family, We are so sorry to hear about your Dad. Thinking of you all.
Ken and Dee Pipik
June 7, 2018
Tom,
So sorry to learn of your father's passing. You are in our thoughts and prayers.
Louis & Isabel Montone
June 7, 2018
Denise and family,
We were sorry to learn of your father's passing. I am sure your mother was waiting for him at heaven's gate with open arms. God only selects the best to enter heaven and your parents surely deserved the best after life possible. We will keep you all in thought and prayers during this difficult time.
Rick & Judy Valone
June 7, 2018
Showing 1 - 10 of 10 results