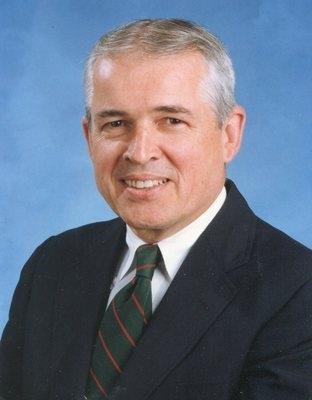 Cooperstown - John F. McGlynn, formerly of Binghamton, New York, currently residing in Cooperstown, New York, passed away after a short illness. He is predeceased by his parents, Charles and Helen McGlynn, as well as brother Edward McGlynn and is survived by his wife Marilyn, brothers, Charles and George McGlynn, daughter Clare Raneri, and grandchildren, Emily and John Raneri. John was born and raised in Binghamton. He went on to receive a Bachelor degree in business administration, majoring in finance, from Syracuse University in 1952. After graduation, he joined the Army Security Agency, a top-secret intelligence organization and served on active duty in occupied Germany. After the army, his business career spanned 35 years and major changes in the photo industry as technology brought about the accelerated use of photography. Throughout his career, he held several top management positions within the industry, specifically in marketing and sales management at two companies, GAF and AGFA film. John was an accomplished hunting and fishing sportsman, dedicated conservationist, and a member of the Campfire Club of America as well as the Cooperstown Country Club and Mohican Club of Cooperstown. An incredible man with big heart, John always extended that warmth to his family, friends, and business. He was famous for his "by the way.." moments, which usually turned into major projects, and his uncanny timing. His love of adventure took him all over the over world and he never neglected to share those experiences with others. His will to live life to the fullest was unbounding, truly believing that anything was possible with a lot of hard work and a little luck. A Funeral Mass will be offered at St. Patrick's Church, corner of Oak and Leroy Streets, Binghamton, Wednesday at 9:30 a.m. Burial will be in Calvary Cemetery, Johnson City. The family will receive friends at the J.A. McCormack Sons Funeral Home, 141 Main Street, Binghamton, Tuesday from 5 to 7 p.m. In lieu of flowers, expressions of sympathy in John's memory may be made to the Salvation Army.

Published by Press & Sun-Bulletin from May 15 to May 16, 2018.
To plant trees in memory, please visit the Sympathy Store.
MEMORIAL EVENTS
May
15
Visitation
5:00p.m. - 7:00p.m.
J.A. McCormack Sons Funeral Home
141 Main St., Binghamton, NY
May
16
Funeral Mass
9:30a.m.
St. Patrick's Church
corner of Oak and Leroy Street, Binghamton, NY
Funeral services provided by:
J.A. McCormack Sons Funeral Home
MAKE A DONATION
MEMORIES & CONDOLENCES
Sponsored by the Binghamton Press & Sun-Bulletin.
2 Entries
Can't believe it has been a year since we said goodbye. Miss you!
May 15, 2019
Clare and all of your family, we are so sorry to hear about your dad and grandfather. Know we are thinking of you all at this time
The Schosser Family
Charlene Schosser
May 15, 2018
Showing 1 - 2 of 2 results