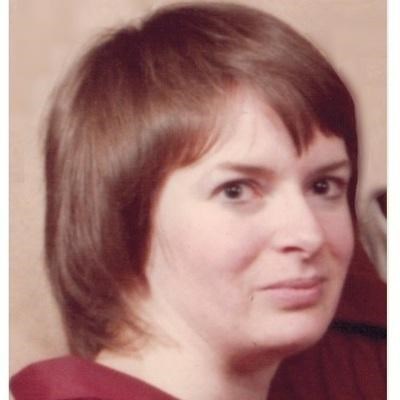 Artist and Administrator: Linda Giese, 67 passed away quietly at her Binghamton home on September 11, 2014. The oldest of four children, Linda grew up outside Washington, DC, graduating from Bethesda-Chevy Chase High School where she was a National Merit Scholar. Her childhood home was always filled with music and art. While growing up, she came to love ballet and was so avant garde in her sense of fashion, she had to make her own clothes to have the styles she wanted. Linda earned a Bachelor's Degree in fine arts from University of Utah and a Master's Degree from Yale, becoming adept in theater costume and set design. She came to New York as costume designer for the Theatre Dept at SUNY-Binghamton, but soon joined Starry Night Puppet theater, 1976 to1983. Hired as administrative director and then managing director, one puppeteer remembers first seeing Linda creating stage pieces with "fabric and foam rubber all over the place." Founder Jan Hacha recalls, "Her graphics work for Starry Night was universally admired and instrumental in the company's growth. Her costumes and set designs were lauded nationally, especially for our production of The Griffin and the Minor Canon, which toured extensively in North America from 1980 through 1983. As a member of the Starry Night Puppet Theatre in 1982, she shared with all of the members of the company the top international award for puppetry that year, the UNIMA Award from the Union Internationale de la Marionette." During this period, Linda also designed posters and promotional pieces for the Cider Mill Playhouse. After the heady and sometimes chaotic world of performance art, Linda joined Broome County Legal Aid (now The Legal Aid Society of Mid-New York, Inc.). She served as administrator of Pro Bono projects, then worked alongside the executive director in writing grants and budgets. She was a steady and reliable presence there for 30 years until she retired. Linda never lost contact with the performing arts; not only attending plays and ballets, but volunteering with various theater groups in Binghamton. An active citizen, Linda campaigned against pollution and in favor of human rights, staying in steady contact with her state legislators. She served on the board of the Southern Tier Independence Center and served as board president. She was an active member of the Christian Science church. When not making a difference in the wider world, she was feeding and caring for the stray cats that came to her porch. Linda Giese will be remembered as being highly artistically talented, intellectually brilliant, sometimes head strong, sensible, and fiercely independent. She is survived by her brothers, Alan and Stephen and his wife Marti of Virginia and her sister, Elizabeth of Maine; as well as her aunt, Elizabeth of Virginia. The family is extremely grateful to the care aides, care coordinator, medicaid coordinator, nurse, and doctor who looked after Linda with unwavering dedication and affection.

A Memorial Service will be at the First Congregational Church, 30 Main Street, Binghamton, in the Meditation Room on Tuesday, September 16 at 4:00. In lieu of flowers, please consider thinking of Linda when you make a contribution to any organization that makes the world a more just and beautiful place.


Published by Press & Sun-Bulletin on Sep. 14, 2014.
To plant trees in memory, please visit the Sympathy Store.
MEMORIAL EVENTS
To offer your sympathy during this difficult time, you can now have memorial trees planted in a National Forest in memory of your loved one.
MAKE A DONATION
MEMORIES & CONDOLENCES
7 Entries
I am a younger cousin of Linda's. Throughout her life, I'm sorry to say my contact with her was very limited due to geography and other dynamics, and I just found out about her passing in 2017. Nonetheless, I am grieving to hear of her passing. Her father was my dad's brother, and I have vivid memories of visiting her in her childhood home in the summers of 1955 and again around 1964. During my 1964 visit, Linda let me try on her ballet slippers and attempt to get up on my toes. I was ploddingly successful, but by no stretch of the imagination a lithe ballerina like her. Thank you, Linda, for this memory and all that you've contributed to the arts. It is wonderful to have been able to read about her brilliant, creative life, and she comes from a marvelous ancestry of artists and actors, both in Sweden and in the United States. I am comforted to know she is released from the trials of this physical world, and I pray that she is now happy, joyous and free in bosom of All That is Love. God bless you, dear cousin, and may your light shine always!
Emilie Nielson
Family
May 24, 2017
You had a keen intellect, sharp wit and face that lit up with enthusiasm when discussing the arts, especially ballet. You'll be missed, Linda.
Joanne Peterson
September 16, 2014
Rest now Linda, the pain is done and we will continue the battles, thinking often of you.
Charlotte Bunzey
September 15, 2014
"I've learned that people will forget what you said, people will forget what you did, but people will never forget how you made them feel." ~Maya Angelou
Joanne Tressler
September 15, 2014
I am so sorry to hear of Linda's passing, I will remember Linda with a smile for the beautiful person she was.
Laura Kotsubka
September 15, 2014
My Linda Lou, as much as I am heartbroken and miss you dearly, I am however, happy to not see you suffering anymore, you may now run around and dance with all the other angels. You have taught me so much, loved me unconditionally, I always was amazed at your intelligence, the words you used and the fact that you knew exactly how to spell them and there exact meaning. God has surely gained another angel!!!...I will forever love you and always miss you!!!...
Erica Snyder
September 14, 2014
Please accept our condolences.
Dr. Joseph T. & Kay Hogan
September 14, 2014
Showing 1 - 7 of 7 results