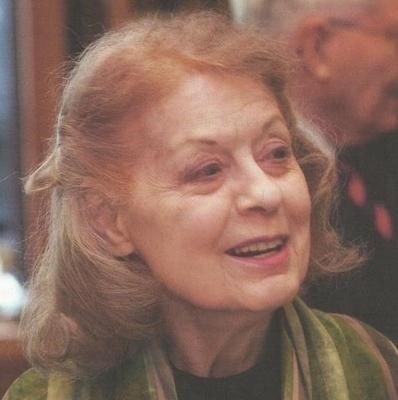 Marilyn Gaddis Rose, 85, distinguished service professor of comparative literature and co-director of the Translation Research and Instruction Program (TRIP), passed away Sunday, November 15, 2015. She devoted her professional and personal life to helping others and was an active philanthropist. She was born in Fayette, Missouri, April 2, 1930, to Merrill E. and Florence Lyon Gaddis. She received her BA (summa cum laude) from Central Methodist University in 1952, a Fulbright to the Université de Lyon in 1952-53; an MA (Phi Beta Kappa) from the University of South Carolina in 1955; and her PhD from the University of Missouri in 1958. In 1984, Central Methodist awarded her a DHumLet. In 1968, she joined Comparative Literature at Binghamton University where she founded the translation program in 1971. The American Translators Association awarded her the Alexander Gode medal in 1988 and later made her an honorary member, as did the Canadian Association of Translators. She is survived by her son, David Gaddis Ross and two granddaughters, Alexis Jihye Ross and Lauren Kahye Ross. At her request, there will be no formal funeral services.

Published by Press & Sun-Bulletin from Nov. 18 to Nov. 20, 2015.
To plant trees in memory, please visit the Sympathy Store.
MEMORIAL EVENTS
To offer your sympathy during this difficult time, you can now have memorial trees planted in a National Forest in memory of your loved one.
Funeral services provided by:
J.A. McCormack Sons Funeral Home
MAKE A DONATION
MEMORIES & CONDOLENCES
36 Entries
Marilyn's abundance of energy led me to believe that she would be with us forever. I owe her a debt of gratitude for guiding me through the MA and Ph.D. programs during the eight years that I studied at SUNY Binghamton. She was a model of grace and charm and I will always remember her encouraging me to continue in my chosen field even though there was no "specialist" in it on the faculty at that time. So sorry to learn of her passing!
Alice Deck
Student
May 1, 2018
Roaming through the landscapes and corners and crevices of language and literature with Marilyn was a continual adventure, where she generously guided many on a light-footed, never-ending discovery tour.
Your spirited light will be missed.
Rest in peace.
martijna
martijna
July 20, 2016
I am very saddened to learn today of Professor Rose's death. It is with great fondness and admiration that I remember her as she selected me to be her Graduate Assistant during my M.B.A./TRIP studies at Binghamton University from 1985-1987. For that (and more) I will be forever indebted. May her soul rest in peace, in heaven. And, may God bless and be with her family.
Tad Palmer
January 11, 2016
Professor Rose was, quite simply put, a grande dame of the first water. Excellence, personified. Character, class, dignity, and style are words that come to mind when I think of her. But, also: Kindness. She was very kind to me when I was her student at Binghamton. Thank you, Professor Rose.
Ida Jones
December 29, 2015
There is nothing I can say that others haven't already, but I wanted to express my immense gratitude for all you've done for me, my friends, Binghamton University, and even the kindness you showed my family when they visited. Thank you! You are deeply missed.
Michael Toler
December 6, 2015
Marilyn was an extraordinary and lovely lady. She touched countless lives and her influence and legacy will last forever. I am grateful to have been one of her students and she helped me become the person I am today. She was a rare and special person whose memory I will carry with me for the rest of my life.
David Larson
December 4, 2015
Dear Professor Rose,
You are the brilliant Western mind, who in 1976 saw the literary potential and the spiritual energy of a graduate student from the ancient East, who was mourning his embattled country and seeking an opportunity in the new world. Professor Rose, you opened doors for me, personally, which would have otherwise remained locked. I will forever remember your kindness and humanity. In your honor, I am dedicating to you my upcoming book to be published in January of 2016. My sincere condolences to your family.

Time being a relative concept and knowing that you had my mother's age and that I have turned 60 last year, I am trying to put your departure in perspective, knowing that you are still watching us and guiding us.
We, your students, I was one of them as I was in Binghanmton in 1978-79, and we your colleagues, I became one of your colleagues when I started teaching translation and terminology in Brussels 30 years ago, will go on remembering you as a generous and stylish person, a role model with a remarkable personality.
My sincere condolences go to your relatives, your son and granddaughters. I sincerely hope they have some of their grandmother's flair and energy. You will be on my mind for as long as I am alive. Fondly yours.
Rita Temmerman
November 27, 2015
You were an inspiring teacher and changed my perspective on translation forever. Rest in peace Professor Rose. Carolin
Carolin Stanior
November 24, 2015
Miss you already! You were such an amazing scholar and colleague.
Ingeborg Majet-O'Sickey
November 23, 2015
Marilyn gave so much to her students, to Binghamton University, to all the arts institutions in the Binghamton area, and to her academic field of translation studies. Her wit and her grace will be missed in many areas.
Roberta Scheer Melville
November 23, 2015
Marilyn was a huge supporter of the arts, and kindly remembered to donate generously to KNOW Theatre, among many others. We'll miss seeing her at KNOW and at cultural events all over Binghamton. What a lovely woman.
November 23, 2015
My deepest condolences to the family of Marilyn Gaddis Rose. May she rest in peace.
Carol Less
November 23, 2015
D'abord unies par notre amour inconditionnel des chats, nous l'avons ensuite été par celui des êtres. Au nom de centaines d'autres aussi, je te remercie d'avoir été un phare.
Louise Brunette
November 23, 2015
Marilyn was an academic with an exceptional sense of community. She was loyal, gracious and unstinting in her generosity. I feel privileged to have known her.
Sherry Simon
November 22, 2015
Tony Preus
November 22, 2015
Rest in peace, dear Marilyn. I will always remember your grace, your wit, your leadership and your civic engagement. I will miss you. Rosmarie
Rosmarie Morewedge
November 22, 2015 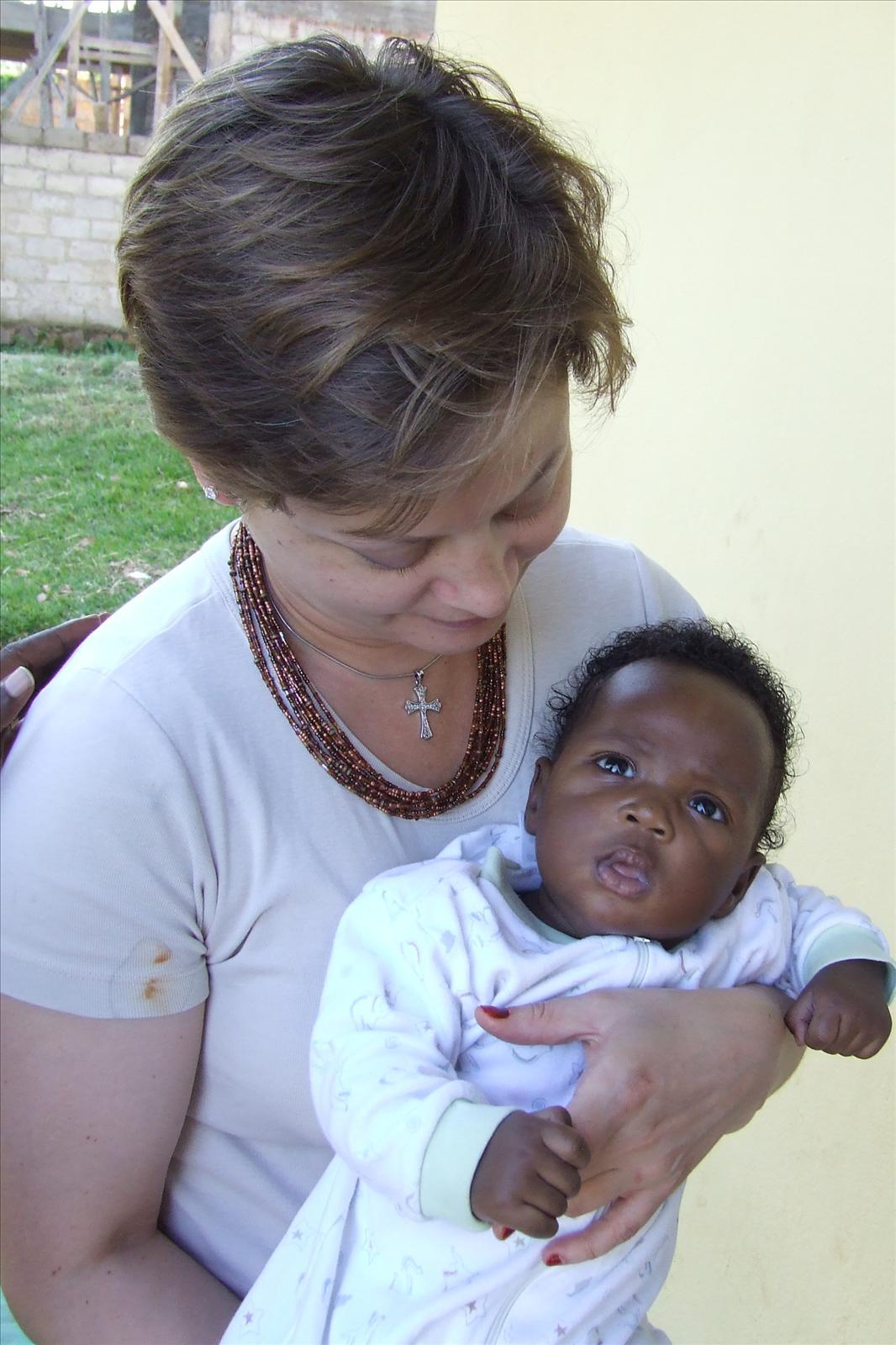 Dearest Professor Rose: I am so glad I got to visit with you a few months ago again in Binghamton, and tell you how very much you meant not only to me, but also to so many of your students and colleages. Such a beautiful, gracious heart you always demonstrated in your time at SUNY, together with a tireless life of the mind. Thank you for standing as the very role model of a woman in academia, and for lifting each of us up to your vision of our potential. I hope we did you proud. Sending you a final kiss on your lovely, soft skin, to wish you well on your journey. Que Dieu vous bénisse. All my condolences for your family and loved ones.
Michele Healy
November 20, 2015
Marilyn has been a friend ever since we spent our Fulbright years together in Lyon, and in later years traveled together. Our last memorable trip was to Paris after spending a few days in Lyon renewing friendships and revisiting old haunts. She will indeed be missed.
Elaine Sharer
November 19, 2015
I was sad to read that Marilyn has died. We used to pass each other on our long daily walks around town.
Philip Goodman
November 19, 2015
Goodbye, Professor Rose. Thank you for opening doors that nobody else would, for doing what nobody else could. Thank you for showing me the real meaning of generosity and thankfulness. There was not a day in the last decade or so in which I had not thought of you or used one of your invaluable pieces of advice in my work. I wish I knew English well enough to express what I am feeling. Com todo meu carinho.
Monica Martins
November 19, 2015
Marilyn attended every single year our annual conference (Canadian Association for Translation Studies) where she always presented interesting papers, and always joined the Executive for lunch and dinner, when we had such lovely talks. We will miss you, lovely lady.

Denise Nevo
Mount Saint Vincent University (Retired)
Halifax, Nova Scotia
November 19, 2015
My sincere condolences to the family and friends of Marilyn Gaddis Rose.
Reine Meylaerts
November 19, 2015
Thank you Marilyn for all the explicit and implicit support you gave me over the years. I will always remember you fondly, as a scholar and a friend. Mona Baker
November 18, 2015
I first met Marilyn at the National Airport in Washington DC when she was introduced as one of our famous faculty who often commuted to and from DC. My colleague (who also commuted as did I then) struck up a conversation with her and later confided that she was a very important scholar who advised some translation group in an agency in DC. This was in 1984 or 1985. She and I then greeted each other as we shared an elevator in Library Tower and I got to know her better. She always impressed me as a person in control and one with a sense of purpose. I was also very impressed by her largesse in charitable work though she never mentioned it; I read about this or learned it from others.
The University had a great lady and an important scholar in Dr Gaddis and her loss is a sad day.

Edward Kokkelenberg
Emeritus professor of Economics
Edward Kokkelenberg
November 18, 2015
A woman with immense class and heart.....she has left a legacy of good works and good will..my heart is sad
Nilsa Mariano
November 18, 2015
A remarkable woman who I was honored to know. Her life story was remarkable and her grace an inspiration. She will be missed by all of us at Binghamton University. I cannot imagine the campus without her.
Michelle Gardner
November 18, 2015
Professor, thank you for introducing me to the world of literary criticism and stereoscopic reading. It has been an honor and a pleasure to work with you. You have been an inspiration to me professionally and personally. Thank you for the many years of education and guidance.
Amanda
November 18, 2015
Marilyn was a good friend of The ART Mission and Theater. she hosted many of the First Friday evenings and was a familiar face at the films that she always walked to. She will be missed by many. Maggie Martin
November 18, 2015
I was saddened to hear of Marilyn's passing. She was a great light in our community and she will be greatly missed.
Christine Bahr
November 18, 2015
Marilyn's spirit will live on in our hearts, and in our work.
November 18, 2015
My deepest sympathies to all of Marilyn's friends and family. Marilyn was an Honourary Member of the Canadian Association for Translation Studies, of which I am past president. She was also one of the most faithful attendants of our annual conferences, up until a few years ago. We will miss her as a colleague, a friend and a scholar. Repose en paix ma chère Marilyn. Tu l'as bien mérité.
Marco Fiola
November 18, 2015
I cant imagine my trips to Canada to attend translation conferences without your example. Keep an eye on us from wherever you are now.
Juan Zarandona
November 18, 2015
She was a very classy lady.
Donna
November 18, 2015
My heartfelt condolences to the family and friends of Marilyn Gaddis Rose. May she rest in peace.

Denise Merkle
Moncton, Canada
November 18, 2015
We are saddened to hear of Marilyn's passing. The world has been blessed with her spirit. Thank you, Marilyn for all you have given us.
Larry and Krista Guidici
November 18, 2015
Showing 1 - 36 of 36 results