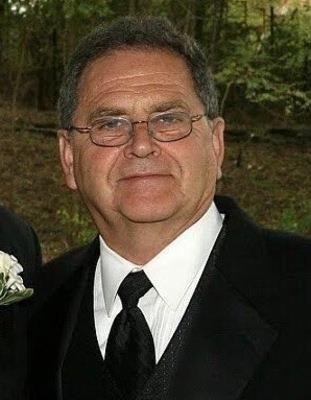 The cause was a brain tumor that also erased the Trump presidency from his memory. Mark was a beloved husband, grandfather, father, brother, father-in-law, brother-in-law and friend. He retired from the Union-Endicott School District after 38 years as a teacher. He taught at Jennie F. Snapp Middle School and Charles F. Johnson Elementary School. He also taught at Tioga Center. His joy in life was his family. Mark was born in Carbondale, Pennsylvania, and grew up in Scranton, Pennsylvania, the oldest son of Romayne (Kreisler) and Albert Eisenstadt. He studied many things at the University of Scranton, and had bachelor's degrees in both business and education, and a master's degree in education. He became a teacher, which is how he met his wife, Marty (Hooper) Eisenstadt. They taught together at Jennie F. Snapp Junior High School. He wowed her with his humor and kindness. They married a year after they met. Nearly 53 years later, they were still happy. He loved her endlessly. And she him. Marty would yell "Mark, what are you eating?" every time she heard the pantry door slide open. Aside from that giant brain tumor, his health was outstanding thanks to her. And he would follow her anywhere, including the gym most mornings. Mark was a fixer and a tinkerer from an early age. The story goes that he invented a radio alarm clock as a kid before they were commercially available, using rubber bands and probably duct tape. It's possible he, alone, kept the spackle and duct tape industry going. He loved building things, especially for other people, and almost never read an instruction manual. Mark was most happy doing things for other people. If he had something you needed, he'd give it to you without a second thought. If he was at your house and saw a mechanical problem, it's likely he'd fix it. Or try. If you needed a ride or just some company, he'd show up, no matter the time or place. His pride and joy were his children and grandchildren. He would do, and did, anything for them, their friends, and their friends' friends. He loved making people laugh, to the joy and embarrassment of his children and wife. He enjoyed telling jokes, especially political jokes, to strangers. He's the author of several publications, including "100 Sayings about Bagels (Lox Extra)," and an essay that appeared in U.S. News and World Report when he turned 40. It was about his sardine diet. Mark believed in God, miracles, ghosts and aliens. He loved to talk politics and philosophy. He believed, and taught us all, that nothing is impossible. And he taught us to always be kind. Mark is a past president of Temple Concord, in Binghamton, NY, and served on the temple board. He also taught religious school there for many years. He is survived by his wife, Marty (Hooper) Eisenstadt; his son, Scott Eisenstadt and wife Carolyn (Stoneberg) Eisenstadt; his daughter, Marnie Eisenstadt and her husband Jeremy Boyer; brother Michael Eisenstadt and sister-in-law Mary Beth Eisenstadt; his sister-in-law Edna Hooper; brother Steven Eisenstadt; grandchildren Ella Boyer, Nora Boyer and Ally Eisenstadt. Services will be at Temple Concord in Binghamton. Visitation Friday at 10 a.m., service to follow at 11 a.m. In lieu of flowers, donations can be made to Temple Concord, 9 Riverside Dr., Binghamton, 13905; Make-A-Wish Central New York, 5005 Campuswood Dr., East Syracuse, NY 13057, or any presidential candidate who challenges Donald Trump. Please visit ParsonsFuneral.Com to offer your condolences.

Published by Press & Sun-Bulletin on Mar. 15, 2018.
To plant trees in memory, please visit the Sympathy Store.
MEMORIAL EVENTS
Mar
16
Visitation
10:00a.m.
Temple Concord
Binghamton, NY
Mar
16
Service
11:00a.m.
Temple Concord
Binghamton, NY
Funeral services provided by:
Ernest H. Parsons Funeral Home
MAKE A DONATION
MEMORIES & CONDOLENCES
Sponsored by the Binghamton Press & Sun-Bulletin.
11 Entries
I will always remember you mark you were a great man. When I needed someone smart to talk to you always you had ways to put things in perspective even if I sometimes didn't even know what you meant I still listened because I knew you were giving good advice. Rest In Peace my friend thanks for letting me meet a great person. Thank mark. Your friend Jim Pratt
James Pratt
March 24, 2018
I am very sorry for your loss, and the loss to the world at large, for the passing of this great man. You captured his character and humor beautifully in the obituary. I will be sure to make a donation in his name to a hopefully worthy political challenger to D. Trump. My deepest condolences to the whole family.
-- Marla (Sincavage) Lawson, New York NY
March 18, 2018
Mr. Eisenstadt was one of my teachers at JFS. I remember him being very humorous and this obituary is a fantastic tribute to him. May he Rest In Peace
Erica Robinson
March 17, 2018
Marty remember you well from our Windsor days. I am so very sorry for your loss and thinking of you at this time.
don Brunswick
March 17, 2018
We didn't know Mark, but Roger and I would have liked to count him as a friend. Sorry for your loss Marty.
Leslie Billig
Acquaintance
March 16, 2018
I am sorry for your loss. I did not know Mark, but happen to come across his obituary. I appreciate his political views and it sounds like he was well loved and an awesome man. I also wanted to let you know that I did make a donation to Make-A-Wish in his name. Your family and friends are in my thoughts and prayers.
Kateri Reagan
March 16, 2018
Dear Friends and Family of Mark Eisenstadt,

I am sorry for your loss. I did not know him personally, but I happened to read his obituary and he seemed like a charming man. Good politics, too.