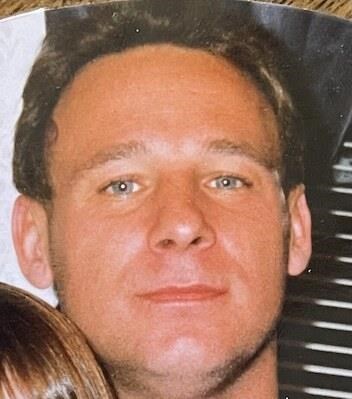 Kirkwood - Michael Matthew Kelly, 61, of Kirkwood, NY passed away on Saturday, March 27, 2021 peacefully and unexpectedly into the arms of Lord while at home.

Michael was predeceased by many beloved relatives and friends that he is now reunited with.

He is survived by his parents, Ron & Betty Lou Kelly, brother Pat (Sheri) Kelly, sister Colleen (Jim) Bulger, and the lights of his life, his nieces, Tiffany & Morgan Bulger.

Michael had a deep faith and could be found watching Mass daily on TV. He would give anything to anyone in need. He was a kind, compassionate soul who struggled and lost his way at times, but at the end of his life he had found his way again. He is now at peace and will be dearly missed and always loved by his family.

Per Michael's request, private funeral arrangements were made by Hennessey's in Susquehanna. Burial will take place in St. John Cemetery in Susquehanna where the Kelly family rests in eternal peace.

Those who would like may make a contribution to the Association of the Miraculous Medal or the charity of your choice in his name.


Published by Press & Sun-Bulletin from Mar. 31 to Apr. 4, 2021.
To plant trees in memory, please visit the Sympathy Store.
MEMORIAL EVENTS
To offer your sympathy during this difficult time, you can now have memorial trees planted in a National Forest in memory of your loved one.
Funeral services provided by:
Hennessey Funeral Home - Susquehanna
MAKE A DONATION
Please consider a donation as requested by the family.
MEMORIES & CONDOLENCES
Sponsored by the Binghamton Press & Sun-Bulletin.
7 Entries
Pat, Coleen and family-- sorry for your loss...Mike was always a great friend and have a lot of memories through the years.........
Clark lloyd
Friend
April 10, 2021
Aw buddy I hate to see you go...Your pain is over....Prayers to the Family
Paul Francis Wetherill Jr
April 8, 2021
Colleen, Pat and family,
I am so sorry for your loss. Prayers for God's grace to help you through this sad time.
Robin (Bennedum) Williams
Friend
April 2, 2021
Pat, Colleen, and family,

I'm very sorry for your loss. Please accept my sincere condolences.
Sue McNerney
Classmate
April 2, 2021
Mike was a caring spirit and would help anyone in need that he could. We did alot of stupid things alot of fun things but one thing he was a true dear friend . Saw him a few months ago and he was smiling ear to ear to see how i have turned my life around and said it gives him a ray of hope .He sure will be missed and My sweet Dylan sterling will keep him company R.I.P Squeeky Prayers for his sweet mom she always was there.
CONSTANCE sterling /Warren
April 1, 2021
We are so sorry for your loss of Michael. Our prayers are with you at this time.
Louie and Judy (Mancini) Gustaferro
Neighbor
April 1, 2021
In loving memory of a wonderful person. We will love you and miss you always.
susan and James brigham
Family
March 31, 2021
Showing 1 - 7 of 7 results