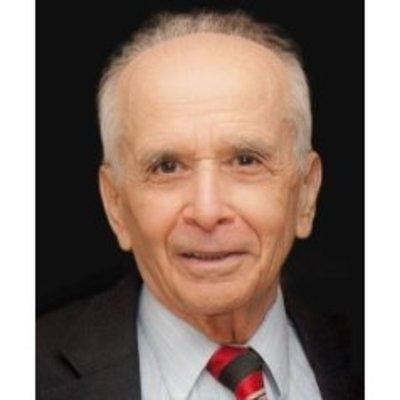 Endwell: Norman Richard Bardales, 85, of Endwell, went to the Lord peacefully on July 30, 2014 after being diagnosed with lymphoma. Born in New York City to Emma and Elisio Bardales, Norman is survived by his sister, Eleanor Garvey; along with his niece and nephews, Arnold, Francis, Paul, and Warren; and his sisters-in-law, Barbara Lynn and Carole Start. He is predeceased by his wife of 47 years, Eileen Bardales; his sister, Dorothy Treuhaft; and brother, Richard Bardales. Norman will be lovingly remembered by his children, Joseph Bardales, Karen O'Connor and husband Michael, and Carolyn Yasharian and husband Robert. Through laughter and smiles he will be kept close and fondly remembered by his adoring grandchildren, Trish O'Connor, Daniel Norman O'Connor, Jonny O'Connor, Chloe O'Connor, and Sophie Yasharian. He is remembered by his special and enduring friendships with so many, especially his West 62nd Street Boys as "Bots," his Our Lady of Angels Paris Family that grew even more as the Church of the Holy Family, and neighbors old and new. With a BEE from Manhattan College and a JD from St. John's University, Norman Bardales held office in the Law Association, was a Central New York patent attorney, member of the Bar Association of New York State and a registered patent attorney. Upon moving to Upstate New York, he was a member of the Broome County Bar Association and the Broome County Legal Association. He retired from IBM as a patent attorney in 1990. In his spiritual life he was the President of the Midtown Catholic Association, a member of the Holy Name Society at the Church of the Holy Family, and in 2012 was the first recipient of the Diocese of Syracuse Immaculata Award. A devout Catholic, a United States Marine, a highly knowledgeable patent attorney, a friend, a spiritual adviser, a faithful Yankees fan, a devoted father and loving husband, Norm's strong faith, loving guidance, wit, and charismatic personality will be missed. He now dances once again with his wife to "Blame it on the Bossanova." A Funeral Mass will be offered at the Church of the Holy Family, Endwell, Monday at 10 a.m. Burial will be in Calvary Cemetery, Johnson City. The family will receive friends at the J.A. McCormack Sons Funeral Home, 141 Main St., Binghamton, Sunday from 5-8 p.m. In lieu of flowers, please consider a donation in Norm's memory to the Church of the Holy Family, 3600 Phyllis St., Endwell, NY 13760.

Published by Press & Sun-Bulletin from Aug. 1 to Aug. 3, 2014.
To plant trees in memory, please visit the Sympathy Store.
MEMORIAL EVENTS
To offer your sympathy during this difficult time, you can now have memorial trees planted in a National Forest in memory of your loved one.
Funeral services provided by:
J.A. McCormack Sons Funeral Home
MAKE A DONATION
MEMORIES & CONDOLENCES
16 Entries
One of God's beautiful people...
John Tobias
Friend
July 26, 2020
Karen, I am so sorry for the loss of your father. He was a terrific person and will be greatly missed.
Scott Avery
August 6, 2014
I have wonderful memories of working at Our Lady of Angels and Norm was one of the people that made working there enjoyable. He would come in and help me with a project or share a story or a joke. I feel blessed to have known him. My sympathy to his family.
Judy Crane
August 2, 2014
Joe and family, so sorry to here the loss of your dad. Our thoughts and prayers are with you as you go through this difficult time. You have great memories to remember him by. RIP Mr. Bardales.

Ron DellaPenta
Ron DellaPenta
August 1, 2014
SLEEP IN PEACE BROTHER MARINE
MCL1346CROSSFRIFLESDET
August 1, 2014
Joe and family truly sorry for your loss.
Roger Farr
August 1, 2014
Joe,
I am so sorry for your loss. Your dad sounds like a great guy. Keeping you in my prayers.
Judy Shannon
(Jerich0)
Judith Shannon
August 1, 2014
Truly a life well-lived, and he is an inspiration to all who knew him. All three of his children are amazing people, and that's the best legacy of all.
Tim Mollen
August 1, 2014
The Manhattan College alumni community shares the grief, and is now praying for our fellow alumni and the family at this time. The Alumni Office has been informed. As well as the Jasper Jottings community that I personally can reach. We are all a little poorer now. "No man is an island, entire of itself ... any man's death diminishes me". We are sorry for your loss.
fjohn reinke (mc1968)
August 1, 2014
To the Bardales Family,
We have lost a great man. He was one of the most kind people I have ever known. Norm was always willing to help out as a faithful member of Our Lady of Angels. He was a lot of fun on our tour of Ireland in 1979. I will remember him at Mass this weekend.
Fr. Tom Keating
August 1, 2014 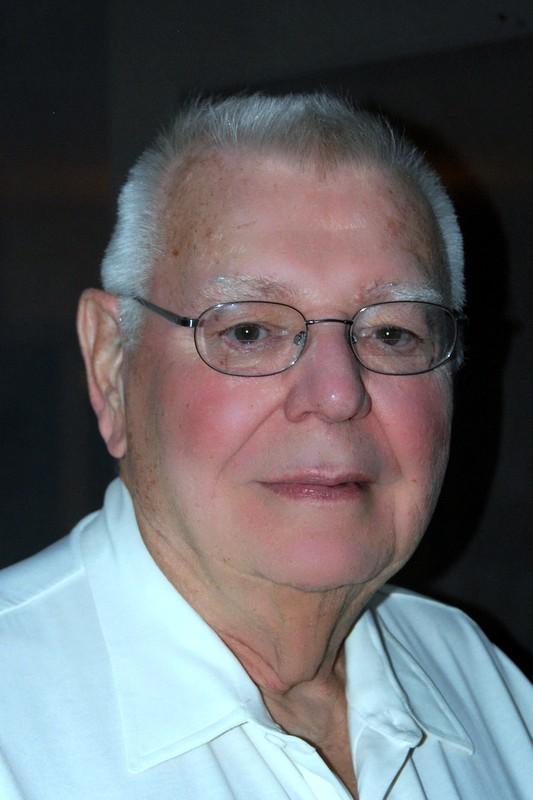 Norm was a good friend to my late wife, Marion and me. I remember fondly serving Mass with him at Our Lady of Angels and our many dinners together with friends. Even after I moved away from Endwell, when I went back to visit, we would gather together at Nirchi's on the Avenue and recount old times.
May God bless you and keep you, dear friend.
Charlie Dosé
August 1, 2014
Bardales family,

We are so sorry to hear of. Norm's passing. We have wonderful memories of our association with him at OLA church. You are in our thoughts and prayers.
Louis & Isabel Montone
August 1, 2014
Joe, Our hearts go out to you at this time. You and your family are in are thoughts and prayers.
Jim and Orlando
Jim Ciotoli
August 1, 2014
The Commendation usually ends with "May the angels lead you into paradise...". I guess that changed when an angel came up to Norm and sadi: "Lead us into paradise, Norm..." I have lost a good friend. My sympathies to Joseph, Karen, and Carolyn....
John Tobias
August 1, 2014
Rest in peace,Norm.---Terry and Howard Yasharian(Chenango Bridge, NY)
July 31, 2014
Godspeed, Norman!
JUDY MCMAHON
July 31, 2014
Showing 1 - 16 of 16 results