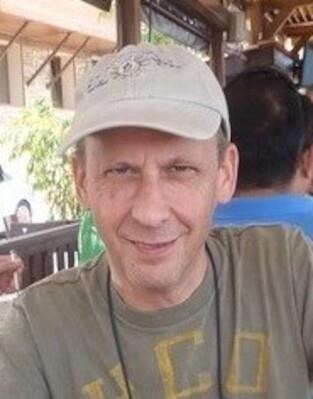 Robert Banford Chellis, 63, died at home in Ruckersville on 19 May 2021. He is preceded in death by his Mother and Father, Ella and Leroy Sr. Chellis of Johnson City, New York. Rob is survived by Theresa Tews-Chellis, his wife and best friend for more than 20 years; his sons whom he was honored to have raised, Mark Tews, of Corning, New York and Steven and Hannah Tews, of Charlotte, North Carolina; and his five brothers, Craig and Sherry Chellis of Colorado, Scott and Dee Chellis of North Carolina, Lee and Theresa Chellis of Pennsylvania, Brett Chellis and his partner Doug English Jr. of New York, and Wren Bynoe of New York.

Over the years Rob has held all manner of positions, from his first job as a grocery clerk (where he quickly rose in rank to the position of Assistant Manager) to ones cybersecurity-related. These opportunities provided him the utmost job satisfaction and the opportunity to travel the world.

Much more than his jobs, He was most proud of his time as a volunteer firefighter, having served 20 years active with the O. L. Davis Fire Company, Endwell, NY, serving in several positions including the rank of Captain. The Fire district elected him an Honorary Member once he left to seek other opportunities. Rob was an esteemed member of the BBOP and is well known in the circles of model makers, Russian historians, craft beer aficionados, and strategists; he could talk politics, religion, agriculture, and food as easily as most of us discuss the weather, injecting both wry wit and dad-jokes with ease. He was quick to offer his time and assistance where needed (as evidenced by his time as a Church Warden and his recent qualifications for FEMA) and just as quick to open his home to friends and family. Rob loved deep-sea fishing when in Key West, loved Key West (and tried to assemble a sept of highland fusiliers several years back) and loved True North, his home in Ruckersville, VA situated in the foothills of the Shenandoah Mountains.

A Celebration of Rob's Life will be held at 11 am on June 5th, 2021. A brief ceremonial moment of silence will be held at high noon for family and close friends. For further questions or inquiries please contact Rob's brother Brett at [email protected] In lieu of flowers, Rob would prefer you spend your time and money on a celebratory meal (to include dessert) with those you hold dear and raise a glass to his memory, celebrating his life rather than his passing.


Published by Press & Sun-Bulletin from May 24 to May 25, 2021.
To plant trees in memory, please visit the Sympathy Store.
MEMORIAL EVENTS
Jun
5
Celebration of Life
11:00a.m.
NY
Jun
5
Service
12:00p.m.
NY
Funeral services provided by:
Ryan Funeral Home - Ruckersville
MAKE A DONATION
MEMORIES & CONDOLENCES
Sponsored by the Binghamton Press & Sun-Bulletin.
12 Entries
Rob was great to work with! Rest easy my friend! Prayers to you all!
Susan Longbotham
Coworker
June 9, 2021
I remember playing board games with Rob at the dining room table. That must have been 1968. Even as a child he had a sharp mind. As the year’s went by, the games changed.
Tracer wars in the dark at his house when Roy and Ellie were out of town.
Late nights of beer and foosball at the Flying Machine. Endless hours of The Fantasy Trip in a multitude of basements with too many Doritos and bean dip.
Rob was a great friend. His unique spark has gone dark far too soon. To all of you that cared for Rob, I hope that someday, should we get the chance, we can share a story about Rob that will bring a smile, a laugh, and a heart felt remembrance.
Bruce Achtermann
Friend
June 9, 2021
Brett,

My sincere condolences to you and your family. You'll all be in my prayers.
Pat Harding
June 2, 2021
"A Wonderful Man & An Awesome Friend" Happy Trails Brother...
Dickie & Kim Surles
Work
June 1, 2021
My sincere condolences to the entire Chellis family. From what I've read here, in his obituary and comments from those who knew him well, he was a guiding light to many here on Earth and I'm sure with be a bright star in the night sky continuing to inspire. May his memory be a blessing.
Wendy Kay Foldes
May 29, 2021 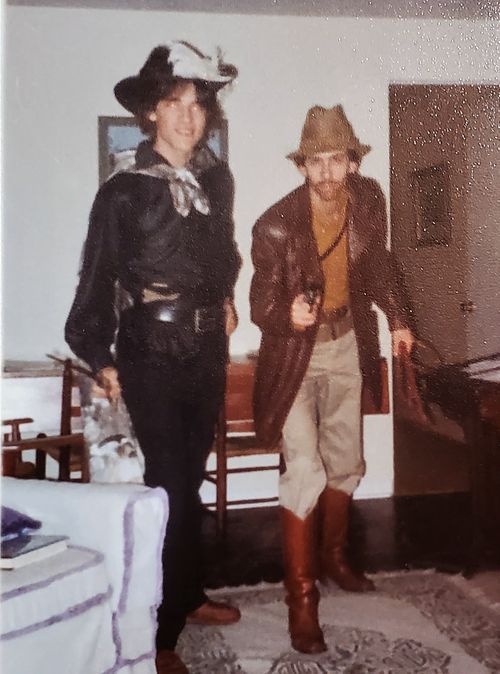 Rob was my first real friend who was a grownup. Some may chuckle at that, but the truth is that Rob is an old soul who learned a long time ago that posing is pointless and life is for living to the fullest, and you can keep your honor (the good opinion of others) without caring much about what others think of you.

For 41 years, we were friends, and although there were some longish separations in the '90s and aughts, we always picked right back up as though it had only been a week since our last get-together. I told Rob more than once about this phenomenon and how grateful I was for it. I never realized why it felt this way until recently, reading something Maria wrote elsewhere, "Rob was often the smartest person in the room but the most approachable and least judgmental." He never judged anyone much, including me and my tendency not to keep in touch until I was in town.

Rob may have been the most clever person I have ever encountered. In the early days, we had a friend who used to organize a seven-person game called Diplomacy. It's a pure strategy game and, of course, diplomacy; there is no luck involved in the game nor skill. It is talking, and then everyone simultaneously reveals their moves. Well, Rob used to win at least half the time. Anyone who had ever played it with him knew that you had to take him down early, so he would try to be the Kingmaker since he realized everyone would attack him as soon as he got remotely strong.

Rob was hugely influential in my life. Our mothers each said at least once that the other was a bad influence on their boy. If they had any idea how much worse off we would have been without each other, they would never have said such things. Rob knew the best books in any subject, and we often read things the other recommended. He brought in Glen Cook's Chronicles of the Black Company, I brought in Roger Zelazny's The Chronicles of Amber, and so on and on.

More important was a conversation we had one summer when I was in my early 20's. I was full of ambition, and he calmly told me that he didn't care for any of that (an outrageous statement in some circles in the '80s!); he just wanted to be comfortable. Then he said, "Do you think that will make you happy?" Even more than usual, he gave me a lot to think about that night.

Now, with his death, he is once again teaching me a lesson I needed to hear (again): Carpe Diem. For we all share the same fate and will one day venture, we know not where. I told him the day before he died that if things went downhill for him, I expect him to save me a seat at the big gaming table in Valhalla.

Whenever I listen to the Moody Blues, I will think of Rob, just as I have for 40 years. His life was a tremendous gift a great many of us will treasure until the end.
Gordon Achtermann
Friend
May 27, 2021 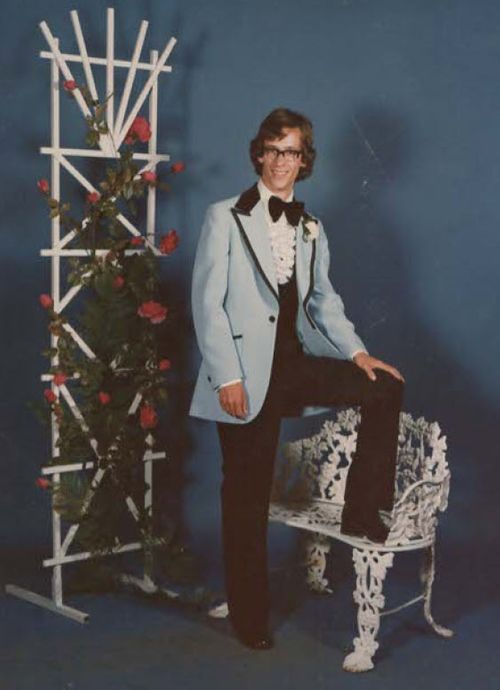 My words cannot fully express the sorrow I feel after learning about Rob’s passing. He was a such a deeply caring and wonderful person and I have so many cherished memories of the time we spent in high school and afterwards. He was the consummate volunteer fireman and that black, no heat in the winter, VW beetle with the blue light on top will always make me smile. I hope that it brings you all comfort to know that in celebration of Rob’s life, glasses of Heineken will be raised in his memory at the Galley in Endwell, NY. I pray that your grief will soften with time. You all have my deepest condolences for the loss of such a amazing and wonderful person.
Karen Taylor
Maine-Endwell Class of ‘75
Karen Taylor
Classmate
May 27, 2021 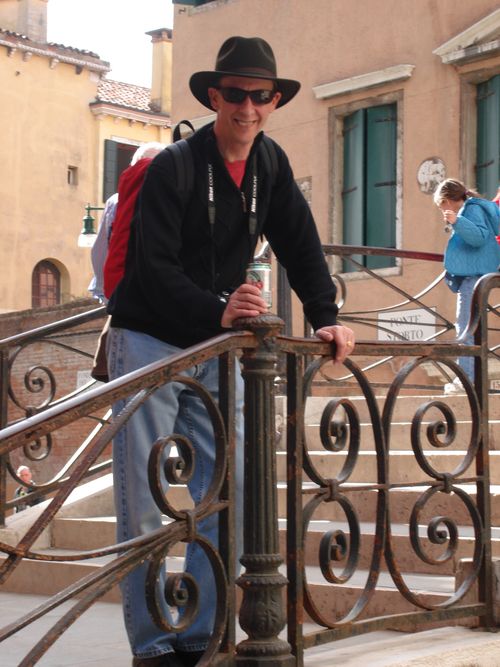 A good man gone way too soon - my heart goes out to Terry and the whole family... I wasn't a longtime friend of Rob's, and we didn't get to share as many adventures as others who knew him better did, but the times I did spend with him were memorable - an outing in Venice Italy especially comes to mind - he really loved that trip. May he rest in eternal peace.
Chuck Benz
Friend
May 26, 2021
Scott, Dee and family. So sorry to hear of your brother’s passing. He is now at peace. Maria (Fox) Maira, Old Forge,PA
Maria Maira
Neighbor
May 25, 2021
I used to be the Administrative Assistant at Christ Church where Rob was Warden. It was a joy working under him.
Christine Ciza
Acquaintance
May 25, 2021 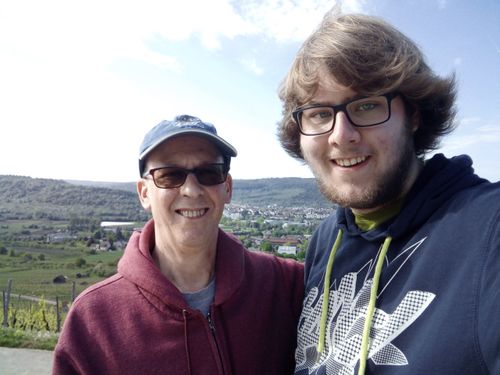 Fortunately I got to know Rob, we share some great memories. The first time we met he was a bit confused of my age. Back then he and 17 me had great night at the brewery and bierothek and I was always happy when he was in town, especially we kept some bottle exchange going. Two years ago was a favorite memory of mine when he visited me out at the countryside at the winery and we attended a wine festival with Jeff and Diana. We visited the famous sights around and climbed at Limes fence Tower next to lovely churches and castles. I wished to visit you in the states but even greater than we had a pleasant time back than. Fortunately, just two months ago we had a zoom chat was great seeing you back then. Especially that Blue Mtn brweing dark hollow was suberb. May you have the best beers in heaven and some lovely wine in between
Philipp Mayer
Friend
May 25, 2021
Rob was a member of our small circle of craft beer enthusiasts we call The Cast family located in Stuttgart, Germany. Whenever Rob was in town, we made it a point to connect and hit the local craft beer spots. Our times were filled with laughter, friendship, and meaningful conversations as we quaffed ales while solving all the world’s problems. Rob shared with us his deeply sensitive side, intellect, knowledge and experiences of his life. We all loved Rob and always looked forward to his visits. We are grieving in our loss of this wonderful man. Rob will always hold a special place in my heart. Glasses raised in celebration of Rob’s unwavering spirit and zest for life. We miss you Rob: PROST!
Jeff Chicoine
Friend
May 25, 2021
Showing 1 - 12 of 12 results