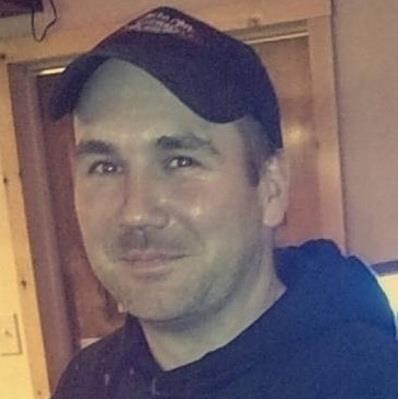 Scott (Scooter) C. Schneider, 35, took his final ride on Friday, January 23, 2016 up in the Tug Hill area. He was born and raised in Vestal, NY and worked at Hilliard Corp. in Elmira, NY as a mechanical engineer. He was pre-deceased by his grandparents, Adolph and Mildred Schneider; step-grandfather, John (Jack) Hennessey; uncle, Kim Rafferty; aunt, Bette Schneider. He is survived by his parents, Wayne and Karen Schneider; sisters, Stacy (Eric) Rudock and Susan Schneider; grandmother, Jeane Rafferty; uncle, Kris Rafferty; cousins Anthony (Leslie EF Smith) Rafferty and Gina (Shane Rice) Rafferty; nieces and nephews, Josh, Emily, and Michael Rudock, and Maci Rafferty. Also, he is survived by countless friends, including Trisha Glezen, Donnie and Ann Mallery, Bill Boland, and girlfriend Kadie Clark. He loved everything with a motor and spent much of his time building and rebuilding cars, drag racing, snowmobiling, and on his boat. He embodied the phrase: "Work hard. Play harder." He was an Eagle Scout and previously a longtime member of the Vestal Volunteer Emergency Squad. Funeral services will be held Thursday, January 28, 2016 at Coleman & Daniels, 765 Main Street, Vestal at noon, private burial to follow. Friends may call at the funeral home Wednesday from 4:00pm until 7:00pm and Thursday from 11:00am until the time of service. In lieu of flowers, memorial donations may be made to the American Red Cross, Broad Avenue Presbyterian Chapel, or a charity of your choice.

Published by Press & Sun-Bulletin from Jan. 25 to Jan. 27, 2016.
To plant trees in memory, please visit the Sympathy Store.
MEMORIAL EVENTS
To offer your sympathy during this difficult time, you can now have memorial trees planted in a National Forest in memory of your loved one.
Funeral services provided by:
Coleman & Daniels Funeral Home, LLC
MAKE A DONATION
Please consider a donation as requested by the family.
MEMORIES & CONDOLENCES
94 Entries
Wayne and Karen, I'm so sorry to hear about Scott's death. I was away on a missions trip in the Caribbean and Jeremy couldn't reach me. I have many wonderful memories of Scott from the Scout troop, especially as his Venture Crew leader and our trip to Philmont. Please be assured of my prayers that God will comfort you.
February 8, 2016
Wayne,Karen and family I am so sorry to hear about Scott.My prayers are with all of you at this very sad time. Sincerely,Tonia Taylor
Scott Schneider
February 1, 2016
Wayne and Karen,
I'm so sorry for your loss. My prayers to you and all your family.
Paul Mickle
Paul Mickle
January 31, 2016
Scooter was one of those people who truly touched the hearts of everyone that he met without even realizing it. I just wanted to say thank you to his family for sharing him with all of us. Scoot, we will miss you and keep you in our hearts until we meet again.
Susan Torto
January 30, 2016
Scooter
All the fun we had racing the cars and having fun. You will always be in my thoughts and prayers my brother forever
Craig Harold
January 30, 2016
Dear Wayne and Karen,
Our deepest sympathy, love and thoughts are with you and your family. So so sad to hear of Scott's passing. Sincerely, Paul and Diane Campbell
January 29, 2016
Wayne and Karen; I am sorry to hear of your loss. My thoughts and prayers are with you.
Doris Gavurnik
January 29, 2016 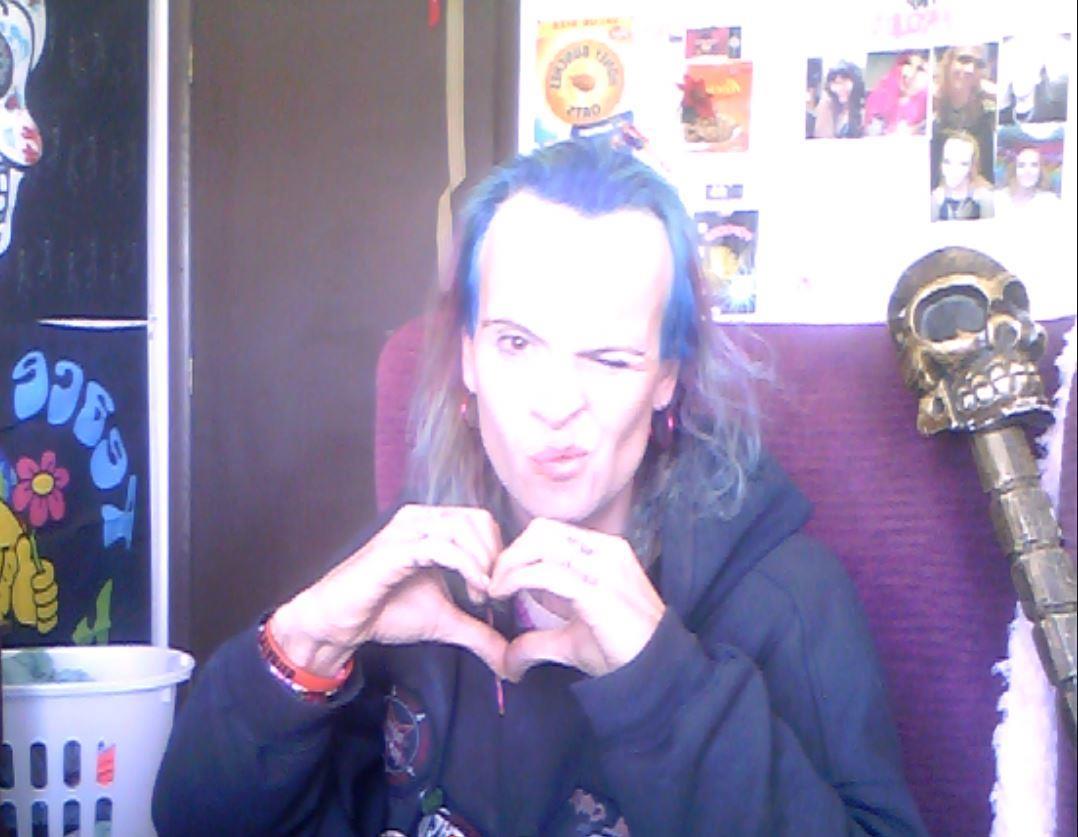 I send the family and friends like myself condolences. I went to school with Scott, and he would remember me best as "Al Ditton" but that person doesn't exist anymore. Truth be told Vestal students who knew me with that name, I will let you know my new name because things got better for me as I got older, and Scott I miss you brother. May you rest in peace, and I hope to see you in Heaven.
Angelica Stockholm
January 28, 2016
Dear Wayne and Family I am so sorry for your loss .May God Bless You and give you strength .
Kathy Potochniak
January 28, 2016
Wayne and family I am sorry to hear of your lose. May all your good memories endure.
Nelson Towner
January 28, 2016
Wayne and Family. So sorry for your loss. Your are in my thoughts and prayers. There just aren't words when someone so young passes. Hang on to your memories and you will meet again one day. Love n Prayers Bonnie
Bonnie Jenson
January 28, 2016
I never had the pleasure of meeting Scott I heard a lot good things about him. He was a fun kind generous person that will be missed. My condolences to your family. May his memory be internal!
George Christacakos
January 28, 2016
My deepest sympathys to you all .sending my love and prayers
valorie hudson
January 28, 2016
To Scott's family,
I am so sorry for your loss. He will live on in your hearts and all he did here in this world. You are in my thoughts and prayers!
Cheryl Fedorchak
January 28, 2016
There is no words, to express my sorrow I feel for you at this time. Please accept my sincere condolences
.
Bob Keesler
January 27, 2016
Wayne and family

The memories made will last and some of the pain of losing your son will be gone but all of the love will be in all of your hearts. Knowing you and your family made this world a much better place to live Wayne. May GOD keep Scott until you are reunited with him as we all will join in the Scout Camp in the sky.
Charlie Wright
January 27, 2016
Scott was always happy and helpful to his classmates. My prayers are with you.


Patricia Chaney
January 27, 2016
Wayne and family,
Words cannot express how truly sorry we are for your loss. Our thoughts and prayers are with you.
Jillian Harrington and Tim Burns
January 27, 2016
Scotty was one amazing person. I have so many great stories, I don't even know where to begin. He would be the first one to help you with Anything! Prayers and thoughts to the whole family and friends. Scotty, you will be truly missed!
John Torrey
January 27, 2016
I am so sorry for the loss of such a young man. I just hope your memories which guide you through this difficult time. Thinking of you all...
Kathy Himko
January 27, 2016
Wayne and family
I am so sorry for your loss. I spent many a year helping Scott keeping his engines running. I will truly miss Scooter. I pray that God will help you and your family get thru this very tragic time. God bless you and yours

We are very sorry for the loss of your son. We send hugs and prayers to you all.
May all the happy memories help you to get through the very hard & trying days. Please remember to take care of each other. Hugs & Prayers,
Debby & Alicia Wagner
January 26, 2016
Gonna miss you scooter,had a lot of fun over the years,from our airport road and skyview,and the endwell trails,you always put a smile on our faces..our hearts and prayers go out to you and your family...god bless...
mark and julie richards
January 26, 2016
So sorry for ur loss.
Diana (dee) Peters -zmitrowitz
January 26, 2016
Wayne-
Our deepest sympathies on your loss.
George, Debbie and Alex Damasevitz
January 26, 2016
Wayne and family,

My deepest sympathies to you all in the loss of your Son, Brother and loved one. There are no words to ease your pain but I hope, with time, you will be able to find comfort in your many happy memories.

My sincere condolences at the loss of Scott. May you find comfort in the memories of the good times you had with him and the things he did to make his community a better place to live.
David Rice
January 25, 2016
Thoughts and prayers with the entire family. Scooter was an excellent man who was one of the happiest people I've ever known. He will be missed by many and may his soul find happiness. Deepest condolences and heartfelt sorrow to the family.
David Newmark
January 25, 2016
Thanks for the good times and the assistance. You will be remembered. Good journey and Godspeed my friend.
Mark Kvaltine
January 25, 2016
Wayne, Karen and family
We are heartbroken at the news. He was a wonderful young man.
We are so sorry for your loss. RIP Scott
Rick and jeanette Annunziata
January 25, 2016
My good friends, our thoughts are with you. Scott will always be remembered for the great times we had scouting. 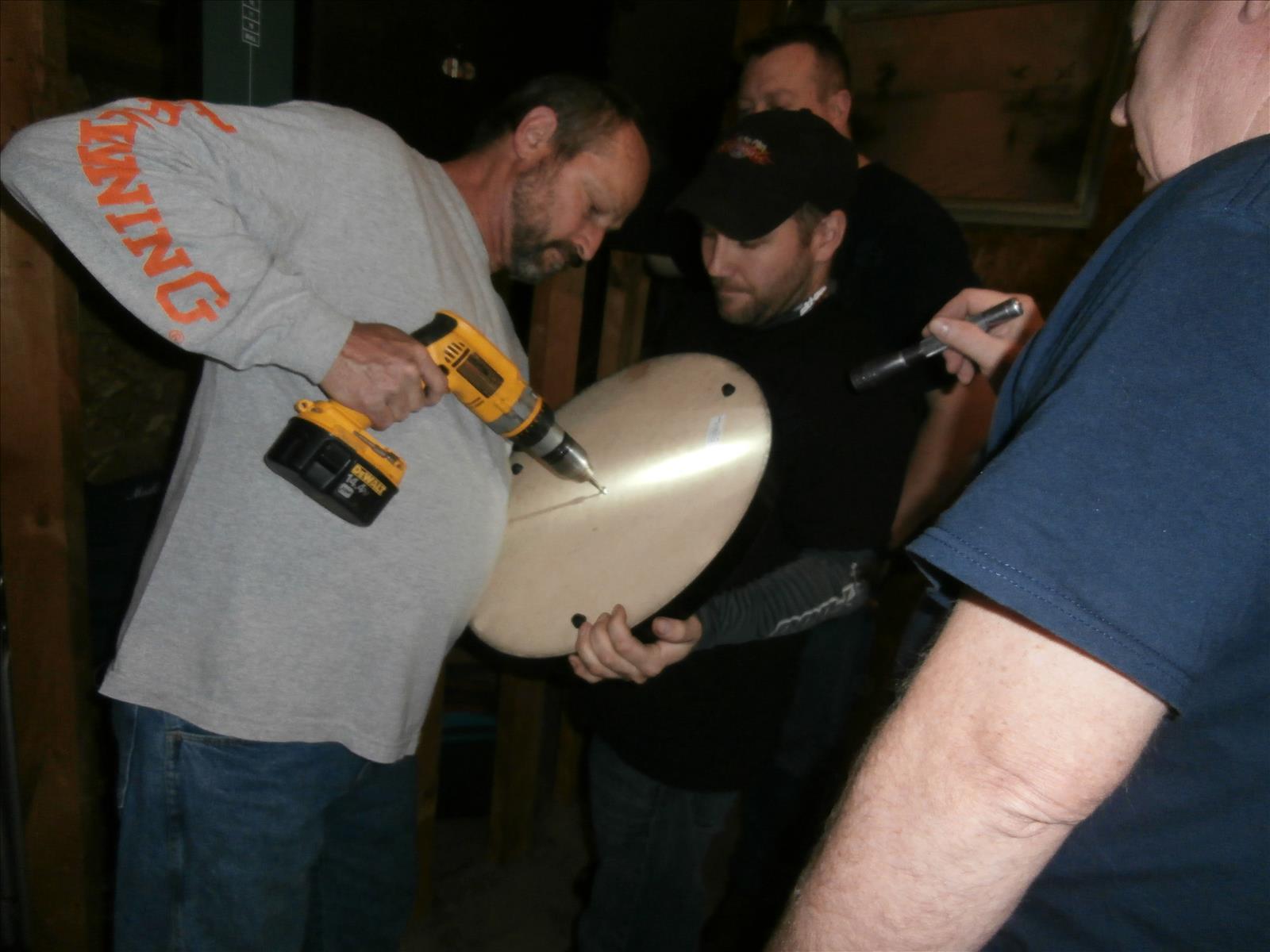 A true friend, colleague, and one of the nicest people I have ever had the privilege of knowing. You will be missed. You were ALWAYS quick to help others, and share your vast knowledge.
David Bickford
January 25, 2016
Wayne, Karen, Stacie, Susie, I am so sorry fro your loss. I only saw him a couple of times but remember how nice he was and the twinkle in his eye.
Fran
January 25, 2016
Wayne and family...I am so sorry and saddened for your loss. He was so loved by his Aunt Bette. May peace and love be with you during this difficult time. Kathy
Kathy Olmsted
January 25, 2016
Heartbreaking news of the loss of an incredible caring man. Prayers to Scott's friends and family. All that knew Scott loved him. Countless times he was at my house with my sons helping someone out with a vehicle. He was a true gentlemen.
Grace Policare Torrey
January 25, 2016
My condolences to Scott's family and friends. Deeply sorry for this loss.
Tiffany Ferrell
January 25, 2016
I will always remember the good times we had "on the hill" bud.
Bruce Lake
January 25, 2016
I am so sorry to hear this awful news. Your family is in my thoughts and prayers. May he rest in peace.
Devon Stewart
January 25, 2016
We had way to many great times too pick one ! it was never a dull moment, we were always building something in the garage or doing something that was off the wall ! scooter you were an amazing man, best friend, and brother, you were family and you will be greatly missed ! I Love you man rest easy
Bill Boland
January 25, 2016
Showing 1 - 94 of 94 results