BORN
1931
DIED
2021
Donald Navara
October 14, 1931 - September 28, 2021
Don Navara lived his life with an eye for fun, friends, and family. He was the life of the party, a good-natured jokester who always had a funny one liner without missing a beat. He could often be found on the ocean, on a lake, or a river doing what he loved most, fishing. When not on a boat, he could be found at his favorite restaurant, Catelli's, or at a family function making memories with those he loved most. If you knew Don, you probably heard him say the phrase "Life is good" which he wholeheartedly believed because his life was good.
Don was born October 14, 1931 in Los Angeles to O.A. and Lydia Navara. Don grew up in sunny Orange County, California alongside his sister, Jeanette Whitaker. In 1949, Don graduated from Orange Union High School. The following year, Don enlisted in the Navy. After completing training in San Diego, Don was stationed at the Naval Auxiliary Landing Field in Santa Rosa, California.
It was in Santa Rosa where Don met his future wife of 69 years, Joan Montgomery. They met on a blind date arranged by mutual friends. Don and Joan fell in love. They continued to date and eventually married February 3, 1952, the day before Don's first deployment to Korea.
One of Don's most memorable deployments happened when there was a fire on the aircraft carrier USS Boxer in August of 1952. The fire raged on the carrier's hangar deck for 4–5 hours before being extinguished. Luckily Don was not injured in that fire because about a month later, his son, Michael, was born.
He was deployed again to Korea in 1953 on the USS Yorktown, returning in February 1954. Don continued his military service through the fall of 1954, something he was proud to have done. During that time, his daughters Patricia and Jeannie were born. The family of 5 resided in Santa Rosa for many years where Don worked as a lineman for Pacific Telephone Company.
When the children left home, Don and Joan moved to Geyserville where they bought a ranch. Always a hard worker, Don kept the property up and started growing grapes. After some time, Don and Joan moved to the ranch on the hill, a stunning property overlooking the entire Dry Creek Valley. Don continued to work hard on the property and his family and friends enjoyed the beautiful decks he built, the pool and gardens he kept up for many years.
It was during these years, Don became Grandpa to eight grandchildren, Domenica, Brian, Joe, Christi, Nick, Alicia, Donny and Amy. There were many fun and memorable family gatherings at the ranch. Eventually, after many years on the ranch in Geyserville, Don and Joan moved to Cloverdale where they have resided for the past 22 years.
Don passed away on September 28, 2021. He will be missed by many. He leaves behind his wife of 69 years, Joan, his children Mike Navara (Janet), Patti Wright (Jim), and Jeannie Iverson (Don), eight grandchildren, numerous great grandchildren, his sister Jeanette, his two nieces, and many cherished friends.
In lieu of a funeral, Don has requested a party which will take place at a future date in Santa Rosa, California. Donations may be made in Don's honor to the charity of your choice. 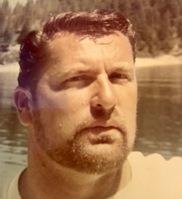 Published by Press Democrat on Oct. 17, 2021.
To plant trees in memory, please visit the Sympathy Store.
MEMORIAL EVENTS
To offer your sympathy during this difficult time, you can now have memorial trees planted in a National Forest in memory of your loved one.
MAKE A DONATION
Please consider a donation as requested by the family.
MEMORIES & CONDOLENCES
0 Entries
Be the first to post a memory or condolences.