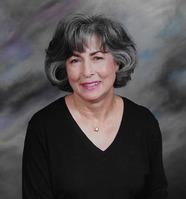 BORN
1930
DIED
2021
FUNERAL HOME
Chapel of the Chimes Hayward & Memorial Park
32992 Mission Blvd.
Hayward, CA
Dorothy "Dory" Eugenia Bottorff
July 7, 1930 - October 20, 2021
Resident of Petaluma
Dory Bottorff passed away peacefully at her home in Petaluma, CA on October 20th, 2021, at the age of 91.
She was born in Oakland, CA, the youngest of four children of Fernando and Hazel Rodrigues.
Following graduation from Fremont High School in 1948 she accepted a job in San Leandro working for Lucky Stores as a bookkeeper.
In 1950, she married the love of her life, Norman Bottorff, and together, they purchased their first home in the Washington Manor neighborhood of San Leandro. There, they raised their two sons, Thomas Edward and Edward Alan, until moving to the nearby town of Ashland in 1958.
In 1959 she began what would become a highly successful career in sales. For eight years she worked as a sales associate for the "The house of Ed's" men's clothing store in downtown San Leandro. She next took a job as a receptionist for the Riviera Beauty Salon, and the Hair and Skin clinic in San Leandro. She moved on to become a sales agent at Chapel of the Chimes, where she achieved the company's highest award, Top Salesperson, in 1992.
In 1990, she and her husband moved to Pleasanton, CA, where they lived together until Norm's passing in 1996. She stayed in her Pleasanton home until moving to Petaluma in 2017. For the last two years of her life and through her final moments, she remained forever grateful for the in-home care and company provided by her beloved grandson, Jon.
Dory enjoyed traveling, sports, and gardening, but her favorite moments were spent with family and friends. With two sons, four grandsons, two great-grandchildren, and a close circle of friends, there were always plenty of birthdays, milestones, and holidays to celebrate. She was also extremely generous, often sharing helpful gifts with family, friends, and charities.
Dory was preceded in death by her father Fernando, mother Hazel, brothers James and Edward, sister Norma and her husband of 45 years Norman Bottorff.
Dory is survived by her son Edward, son Thomas and daughter-in-law Robin, grandchildren Jacob, Jon, Jared, and Sam Bottorff, great grandchildren Nori and Jerome Bottorff, and niece Lory Zimnoch.
Services will be held at Chapel of the Chimes on 32992 Mission Blvd. in Hayward. Visitation will be held on Wednesday, November 3, from 4 pm to 7 pm, and a formal service and entombment ceremony will be held on Thursday, November 4 beginning at noon.
Donations in Dory's name may be made to the Alisa Ann Ruch Burn Foundation or the Humane Society of Sonoma County.
Published by Press Democrat from Oct. 29 to Nov. 4, 2021.
To plant trees in memory, please visit the Sympathy Store.
MEMORIAL EVENTS
Nov
3
Visitation
4:00p.m. - 7:00p.m.
Chapel of the Chimes Hayward & Memorial Park
32992 Mission Blvd., Hayward, CA
Nov
4
Entombment
12:00p.m.
Chapel of the Chimes Hayward & Memorial Park
32992 Mission Blvd., Hayward, CA
Funeral services provided by:
Chapel of the Chimes Hayward & Memorial Park
MAKE A DONATION
MEMORIES & CONDOLENCES
Sponsored by Chapel of the Chimes Hayward & Memorial Park.
0 Entries
Be the first to post a memory or condolences.