FUNERAL HOME
Daniels Chapel of the Roses
1225 Sonoma Avenue
Santa Rosa, CA
Was found January 7, 2014 after he passed away. Frank was born October 27, 1958 in San Francisco, California. He is survived by his children Monica of Sacramento, Irma of Santa Rosa, Erika of Sacramento, Delia of Windsor, Frank Jr. of Florida, David of Sacramento, Victoria Bratcher of Sacramento, Sasha Lawson of Sacramento, numerous grandchildren, his father David Bratcher, his brothers Alvin Martinez, Vince Martinez, David Bratcher Jr., Todd Bratcher, Aaron Martinez, Tony Martinez, Benjamin Martinez, and many friends and relatives. Frank was a longtime resident of Sonoma County. He attended Santa Rosa High School where he was a member of the Cross Country team. He also played baseball and football. Frank was a true athlete he was dedicated to all the sports he participated in and always excelled at the top! Frank's passion was Kick Boxing! Some people will remember him as being one of the best. He taught many kids the art of kick boxing. Frank was very special, he attracted people from many places because of his friendly and caring personality. He made everything seem so easy people just liked watching his moves and always would go to him for training and advice. Frank will be greatly missed he is gone way too soon. We will always hold you in our hearts but we know you are in a better place and resting now. Frank we love you! Visitation will be at Daniels Chapel of the Roses on January 20, 2014 from 3:00 p.m. to 8:00 p.m. with a memorial service January 20, 2014 at 6:00 p.m. Daniels Chapel of the Roses 1225 Sonoma Avenue Santa Rosa, CA 95405 (707) 525-3730
To plant trees in memory, please visit our Sympathy Store.
Published by Press Democrat from Jan. 17 to Jan. 18, 2014.
MEMORIAL EVENTS
No memorial events are currently scheduled.
To offer your sympathy during this difficult time, you can now have memorial trees planted in a National Forest in memory of your loved one.
Funeral services provided by:
Daniels Chapel of the Roses
MAKE A DONATION
MEMORIES & CONDOLENCES
37 Entries
I am one of the lucky ones that got to get to know you. You will definetly be missed!
Chops
January 25, 2014
RIP Frank.
John
January 25, 2014
My condolences to the Bratcher family
Rest in peace Frank!
Johnnie, family
& friends
Johnnie Johnson
January 22, 2014 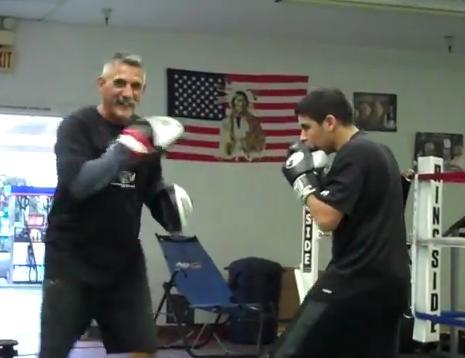 To a good friend and coach, RIP brother, we'll see you again on the other side of Heaven
Frank Marrufo
January 19, 2014
My condolences to the whole family I am truly sorry for your loss God Bless him and the family.
Yolanda Cervantes
January 18, 2014
Rest In Peace Frank. So sorry for your loss Vince and the rest of the Martinez/ Bratcher family. Frank was a funny talented man. Gone too soon.
Sonja Vasquez
January 18, 2014
My Condolences To His Kids And His Brothers, So Sorry For You Your Loss. Rest In Peace Frank....
Anita "Annie" Gallegos-Cano
January 18, 2014
To my Brother Frank,
Together our families have known one another for years and our family sends our Love and Blessing to you and the Bratcher Family. We have made many memories and I will cherish all with love and respect. I will miss you my Brother and watch over all of us hears our prayers!
Cruz Martinez
January 18, 2014
My thoughts and prayers go to the family! R.I.P Frank.
Kathy Doherty Buskirk
January 18, 2014
WestSide little league is where all started. Thats the happy place for a lot of us old' school fella's. Frank, see you one day bro on the big ball field in heaven.
Gary Cordova
January 18, 2014
My condolences to Franks family. I have known frank since I was 13. He was so funny, and full of life. I feel saddened for his children also. Delia, and Irma I am so sorry for the loss of your father stay strong ok.
Annette *Neice" Gonzales
January 18, 2014
To Franks family, i will always have great memories of Frank throughout the years when i knew him years ago. He was such a nice person and i am so, so sorry for your loss. RIP Frank......
Cynthia Conners
January 17, 2014
We all love you!
January 17, 2014
You always had a way of making us all laugh with your silly jokes. You will be missed. RIP Frank
Tami Cadena-Regan
January 17, 2014
Our Family would like to express our condolences to all of you, we are truly sorry for the loss of your loved one, He was a special person that no one can replace & we hope that you find comfort in the memories of his always smiling face, Our prayers are with you... This message Is on behalf of our family I did not personally know Frank but was asked by My Brother {"Turtle"Joseph Garrett } Who was a very Close & Dear friend of Frank & would like you all to know he is deeply sadend by the loss of his friend & Is unable to be there in person but is with you in his heart & will be in contact with you when he comes back home}
Aurora De Leon
January 17, 2014
You were the best, and will be missed, thank you for the memories of your kind heart. RIP
ANGELINA GABALDON
January 17, 2014
I remember Frank, when he was young living in our neighbor, at one time I baby Sat, he and his younger sibs. I also remember my brothers being friends with the boys of the family. Always a nice family. RIP Frank
Christine Barton Davis
January 17, 2014
Frank it was always a good time to see you. You had a way of lighting up the room. Strong home team player in the street. Polite and genuine to his allies.
You will be missed Carnal..
Dave Terrazas
January 17, 2014
r.i.p frank
January 17, 2014
YOU WILL BE MISSED FRANK! CRAZY LOL WITH ALL UR STORIES
January 17, 2014
I will never forget what you taught me-you were more than a cousin. You were someone to look up to too. You always had my back no matter what & only wanted me to do right and live right. Thank you Frank. And thank you for trusting me with Sasha-your daughter. I know you fell in love with her -she has a lot of you in her. I will miss and love you always and forever, your cousin, Stacey
January 17, 2014
Showing 1 - 37 of 37 results